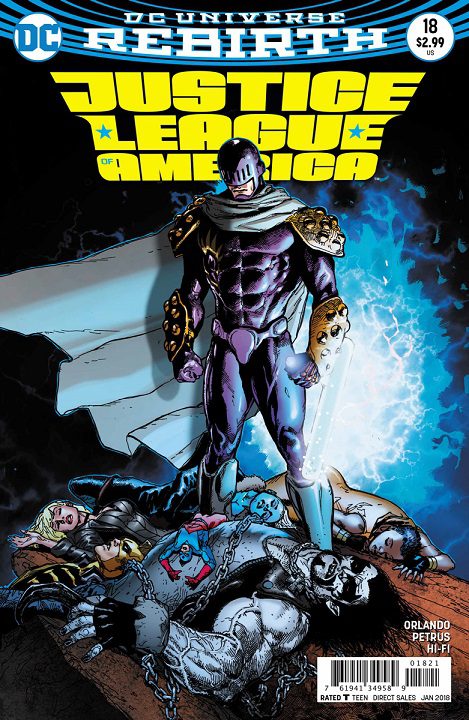 Documentarian John Porter has been given permission from the McCabe Foundation to film at the Justice League of America’s base in Happy Harbor and he promises that viewers will see the League as they’ve never been seen before. His first subject, Caitlin Snow, is put in the position of both answering questions about her condition and trying to explain why Batman isn’t there. His next target it Atom and Ryan ends up in the position of justifying why he now has the mantle of The Atom while ducking questions about his relationship with Caitlin. Both Black Canary and Vixen are put in the position of trying to explain Batman’s absence as well and Porter’s questions hit a little too close to home for them. 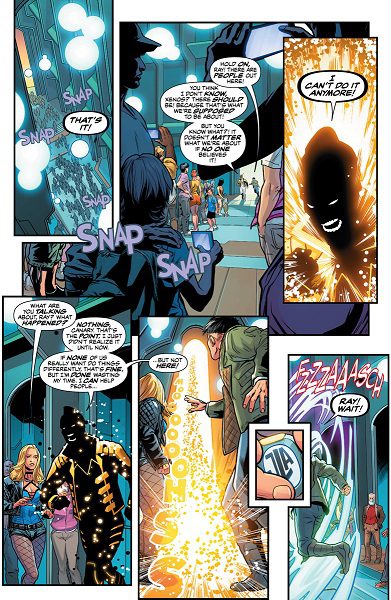 His interviews with Lobo and Ray are more contentious and the latter gets so upset that he makes a decision that could have serious repercussions for the rest of the team. In the Realm of Chaos, Dr. Chaos is fighting a beast of immense power and it is not going well for him. At the Sanctuary, while Vixen is escorting guests from the premises, the facility goes on lockdown and new threats emerge with knowledge of the JLA and their weaknesses and are prepared to exploit them.

Playing on the teams’ insecurities is an effective strategy and it works in the context of this team especially. The fact that they still have issues coming together as a team can be a little repetitive at this point, but it does make for good drama. I enjoy the overall tone of this issue. I just wish that there was more to the team’s dynamic with each other than I got. The art is well done and I enjoy the composition details in the backgrounds.