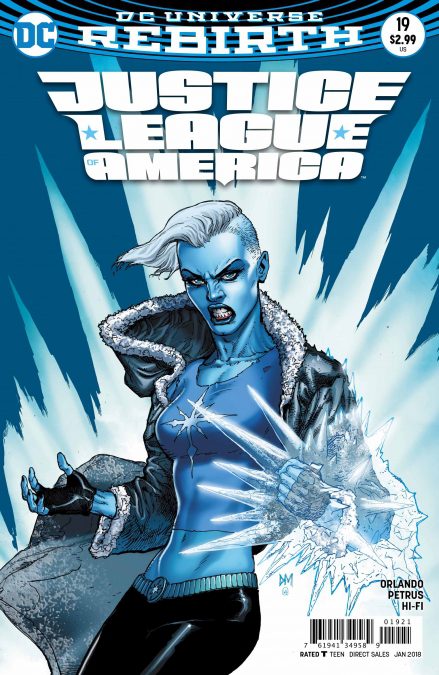 The attack on the Sanctuary continues as Afterthought attempts to take down Black Canary and Lobo. After Lobo accidentally takes Canary out of the fight, he proceeds to get beaten on by the villain who seems to anticipate every move the alien can make. Prometheus is in the main hall confronting Vixen in front of a group of tourists and he uses his ability to defeat her as a means of getting her to destroy her amulet and publicly shame her and the League in front of the public for some reason. 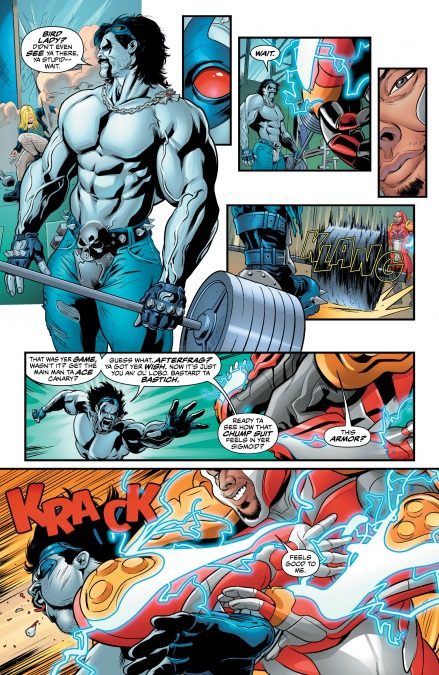 Meanwhile, on Angor, Dreamslayer enters the Microverse to stop an enemy and stumbles upon Ray Palmer and company who apparently contacted him at the request of Batman. Afterthought continues to pound on Lobo as Canary escapes the room and finds Atom. She’s able to free Ryan and the two of them go to try to help Frost, but it might be too late for all of them.

I know the stakes seem high in this arc, but the villains in this story are so bland that their presence doesn’t affect me in the slightest. They seem like pawns on a board and until the player is revealed, their machinations don’t resonate with me as I read the story. Prometheus’ motivations and actions are so underwhelming that I don’t even question why Batman isn’t anywhere in this book. The art is well done, but the story in this issue is flat.