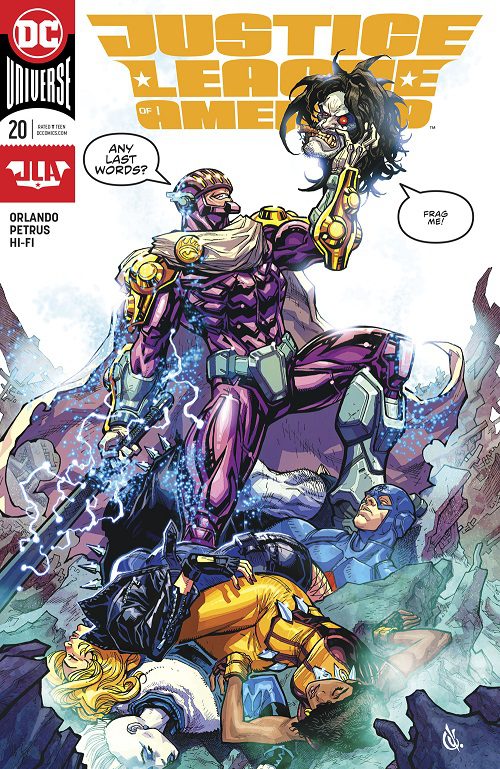 There are moments in comics when you follow the thread of a story to its conclusion. Whether you enjoy the journey or not, you continue walking through the darkness because there is the guarantee of light at the end. This story felt like that for most of this arc. Now that it’s over, here are my thoughts.

As much as I admire Mari for what she’s trying to do with opening up the team to public scrutiny, opening up your base to the public continues to be one of the worst ideas ever. While her team was busy taking on Prometheus (yawn!) and his partner Afterthought (snooze!), the former has planted explosives throughout the base. In a bid to humiliate(?), disgrace(?) and embarrass the team for going public, he is giving Mari the option to destroy her amulet, the source of her powers, to save the civilians around her. His plans for the rest of the JLA are equally as vague. 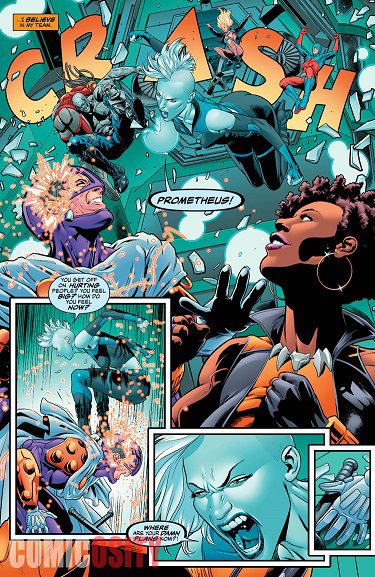 Black Canary finally manages to wrangle Atom, Frost, and Lobo into a victory against Afterthought and then find a way to help Mari and the hostages.  At this point, the motivations of the villains become a bit of a joke and the rest of the issue becomes a lesson in what this league isn’t. Without a powerhouse like The Ray or a strategist like Batman, this team falls apart. If the intention was to show that, they succeeded. If it was to show anything else, it failed. The rest of the issue becomes an indictment of Killer Frost and what happened to The Ray.

The concept of this team continues to be interesting in my opinion. The execution of it in this arc was not done well. There are so many wasted opportunities to create some actual tension and drama in this book and it’s a shame that those moments were never explored.