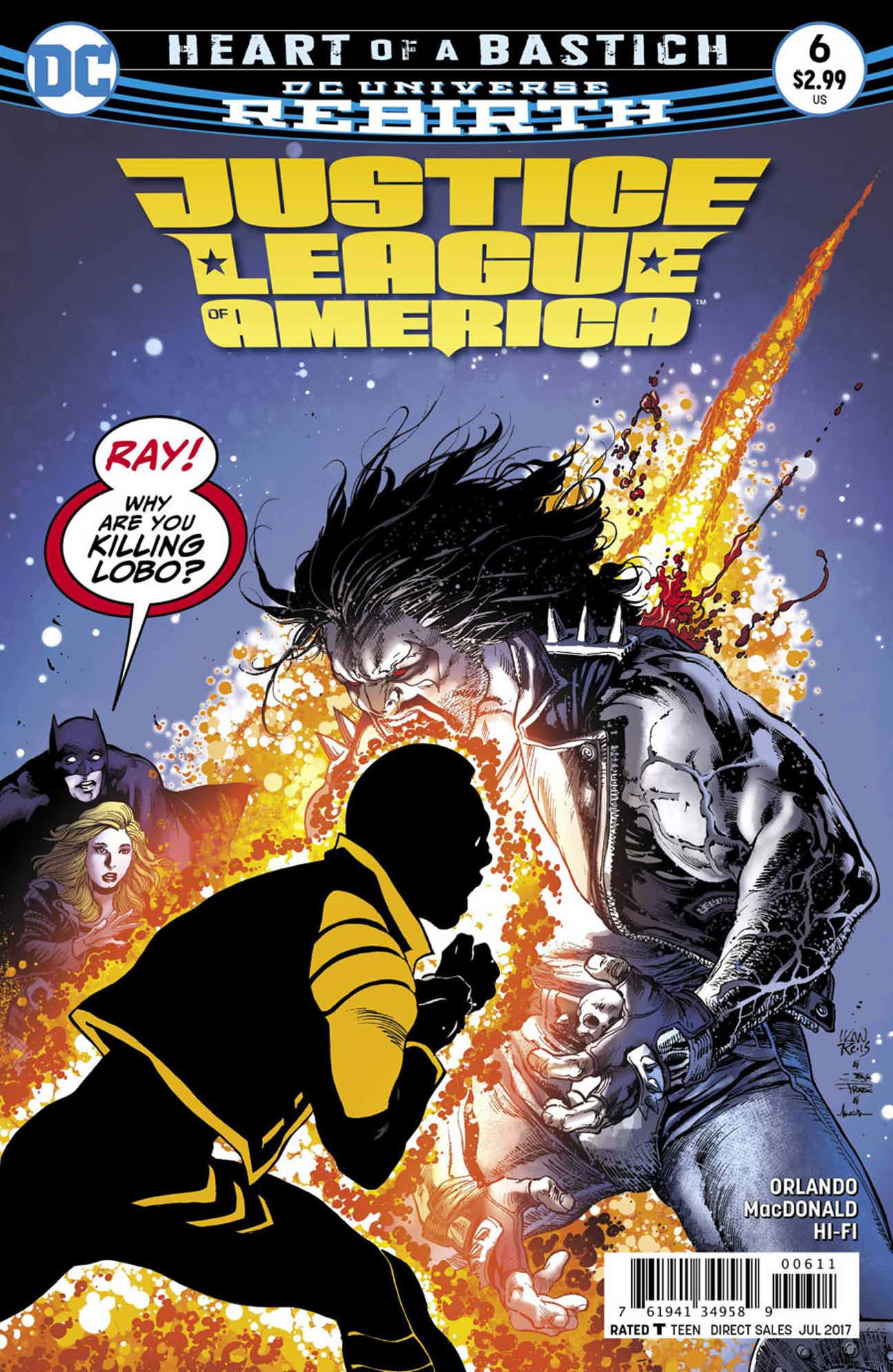 The League continues to battle for the freedom of Penn City as Aegeus’ hordes look to overrun them. As Atom pleads with the despot to stop, Batman and the rest of the League press the attack. As Ray has enhanced the other heroes with armor, he turns his attention to the dying Lobo. Meanwhile, Killer Frost has followed one of the enemy soldiers into a civilian’s home and her method of taking him down is so violent that it scares her. Aegeus offers The Atom a choice: make weapons for him and he’ll spare the rest of the JLA. Lobo is unable to heal after being hit by Aegeus’ weapon and he tasks Ray with a dangerous bit of surgery that might be the only thing to save the alien’s life. 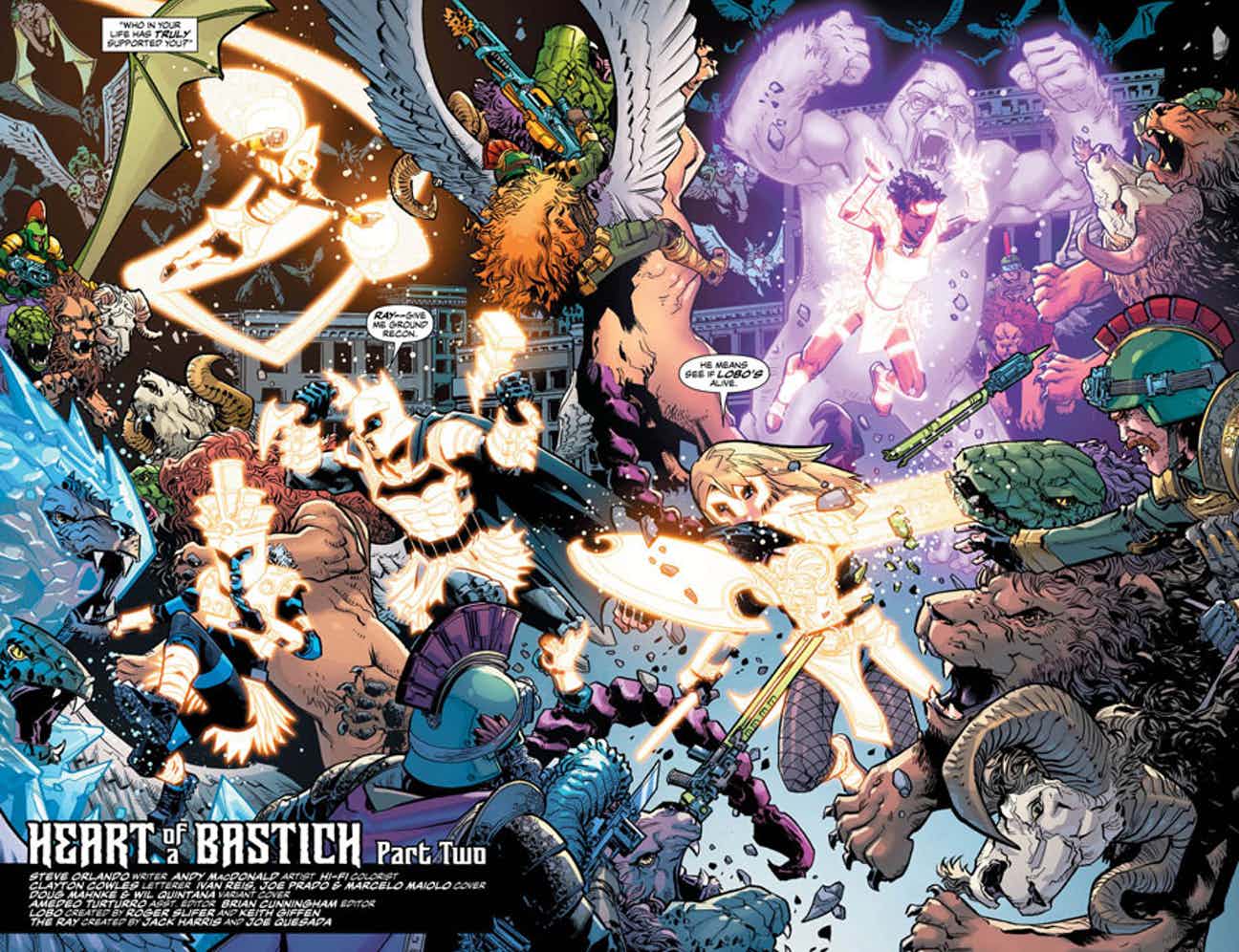 Ray is reluctant to do what the alien tells him, but Lobo presses the matter in the only way that he can. Batman wants to know why The Atom went rogue, but he doesn’t have time to keep asking questions. He checks on the rest of the team and then tasks them with getting to Atom to rescue him. As Ray and Lobo descend on the villain, it will take skill, cunning, and guile to take him out. 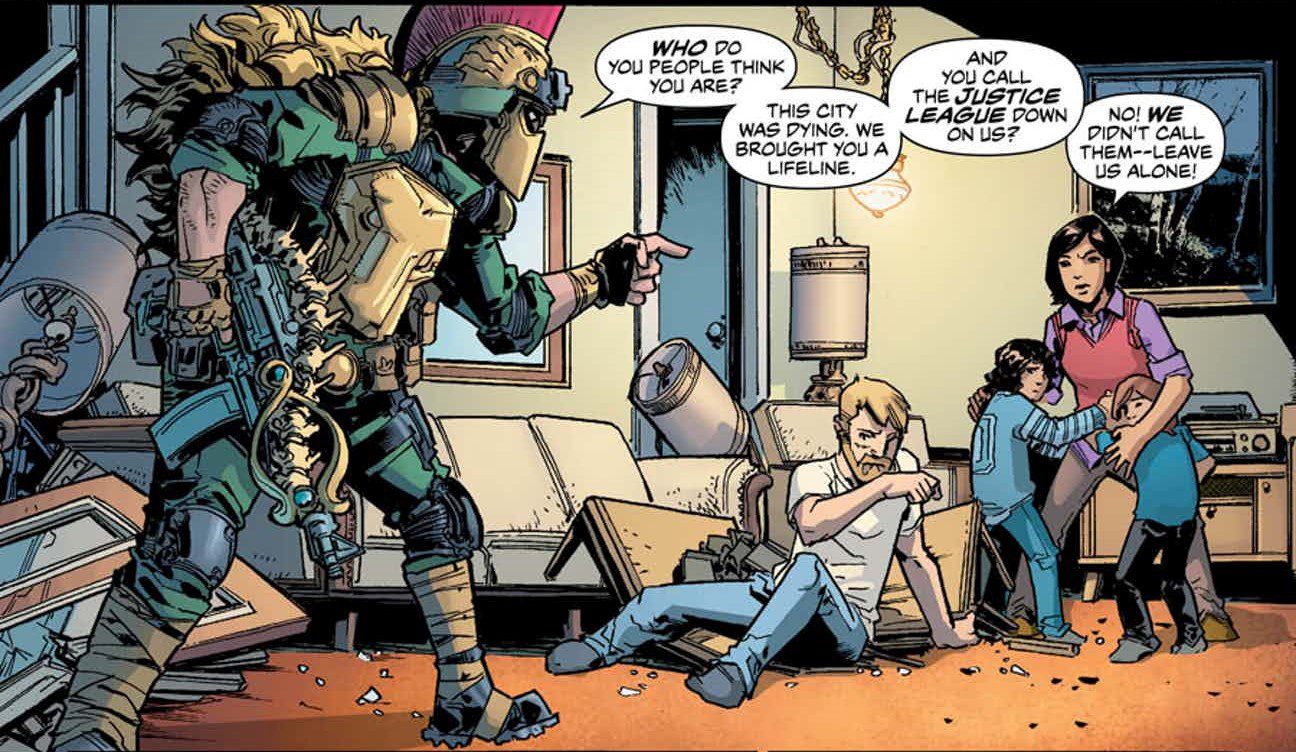 This particular story ended well. Aegeus, as a villain, was not that particularly menacing, but his actions and what brought him to the town in the first place were actually compelling. Orlando told a really good story that shows more of the brewing dynamics between the members of the JLA and how they interact with each other and the world. It will be interesting to see if the team can remain in its current form with so many secrets seemingly swirling around them. McDonald’s artwork is well done. His panels with Ray and Lobo were cool to look at, but some of the action scenes looked a little muddled. Overall, I will be back to see what’s next since it seems to concern Killer Frost.