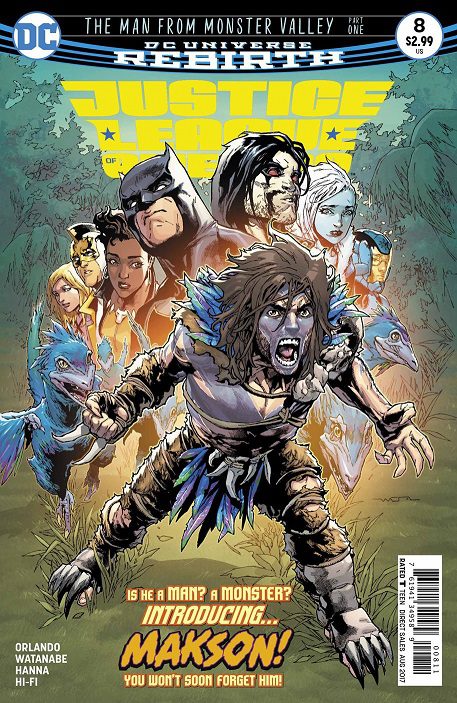 In a hidden jungle outside of Tunguska populated with all manner of strange creatures, a wild man is desperately trying to escape the forces of an advanced army determined to hunt him down. Aided by his animal companions, he almost manages to escape, but only the intervention of the Justice League of America can save him. Apparently, Batman was able to find the hidden valley when the S.K.U.L.L. troops invaded the area. As they finish taking out the remaining forces, they discover the wild man can speak a little English as he mourns the death of one of his animal companions.

Days later, the man known as Makson, is being interviewed on television about his life in Monster Valley and the fact that he hasn’t seen another human in almost 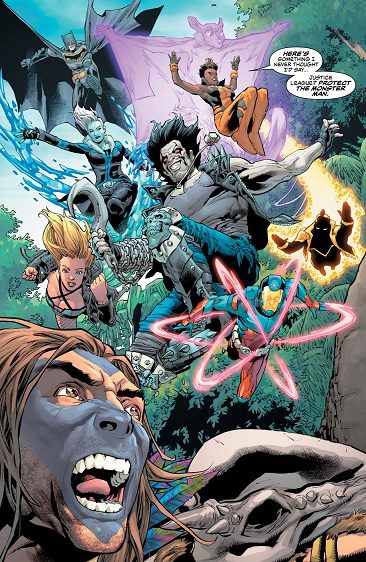 thirty years. He tells the reporter the details of his life and the circumstances that kept him alive. Everyone, including members of the JLA are happy that he is getting a second chance at life. The only two people who are wary of this quick turnaround are Batman and Black Canary. As Batman, Canary and Lobo investigate Makson’s story and his connection to S.K.U.L.L., Atom sneaks into the man’s apartment and discovers some truly horrifying information that sheds new light on Makson’s story and his family as well.

The first part of this story is actually a really good thriller. It gives the reader an insight into just how shaky the team’s lineup and alliances are at the same time giving the characters the opportunity to grow. The thriller aspects work well in the story by Steve Orlando. In any other circumstance, you might be witnessing a superhero origin story with Makson, but the all too human motivations behind the character make the reveal more satisfying. Watanabe’s art works well in the close-up and group panels, but I would have loved to see what he could have done with more action beats.