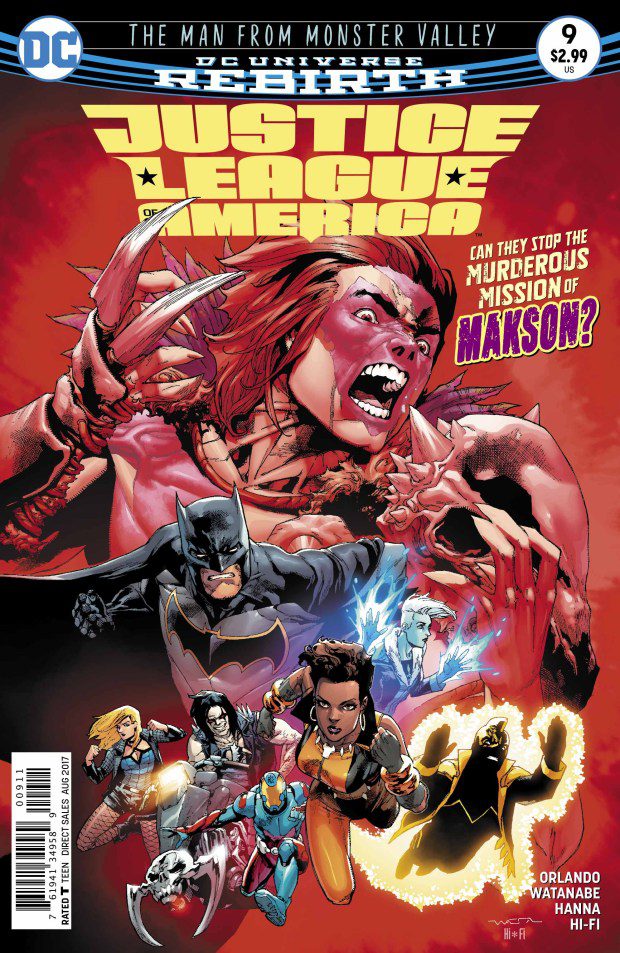 Now that the JLA knows the true scope of Makson’s plans for his remaining family, can they get there in time before he carries them out? Atom has infiltrated the man’s apartment and is sending the information to Black Canary as Vixen, Ray and Killer Frost continue to talk to the media. Makson, for his part, is giving a speech to his unsuspecting family members before finally revealing his intentions to kill them all. As he is poised to begin slaughtering them all, two of his cousins call in the strike team that they sent to hunt him in the first place and the JLA crashes into the room as well.

In his grief and fury, Makson strikes out at the team and manages to hold his own hand to hand until Batman, Lobo, and Canary arrive. Realizing that he can’t 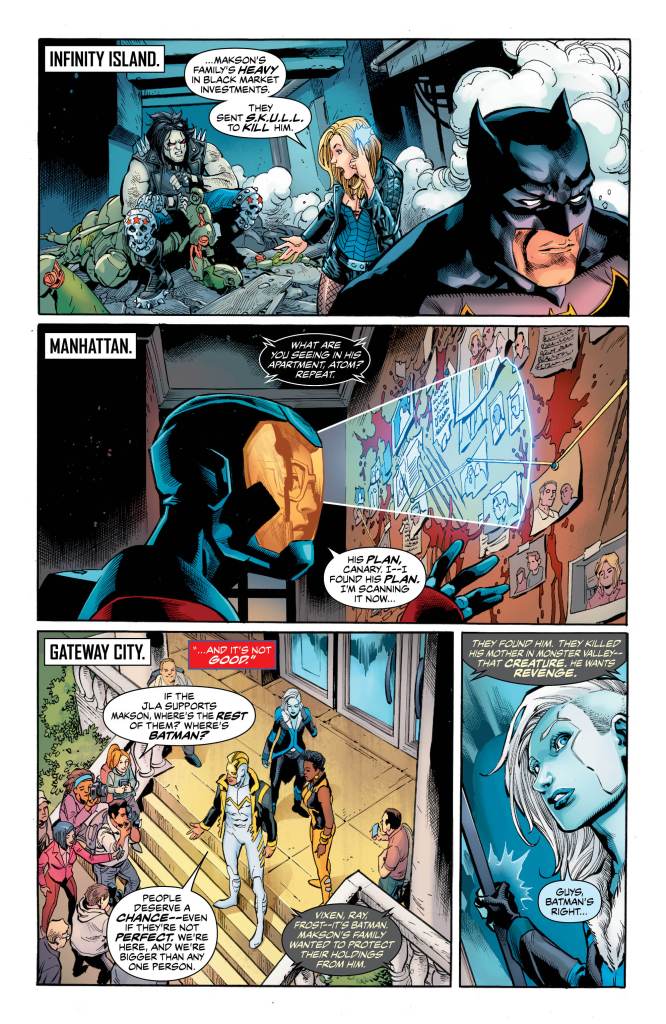 take down the entire JLA on his own, he pleads with them to allow him his vengeance, but Batman has other ideas. In the aftermath, more tears and dents in the team begin to emerge and the Dark Knight might have to change his tactics if he’s going to keep this group together.

The conclusion to this story is well done. I didn’t think that there were too many places that the premise of this story could go, but it was satisfying to see where Steve Orlando took it. There are some really great character interactions in this issue and the writing serves those moments in a way that enriches the overall plot and the book going forward. I like the groundwork for these relationships and hope to see how they develop. Watanabe’s art is done well. There was some really good dynamic action on the page and I enjoyed the fight scenes.