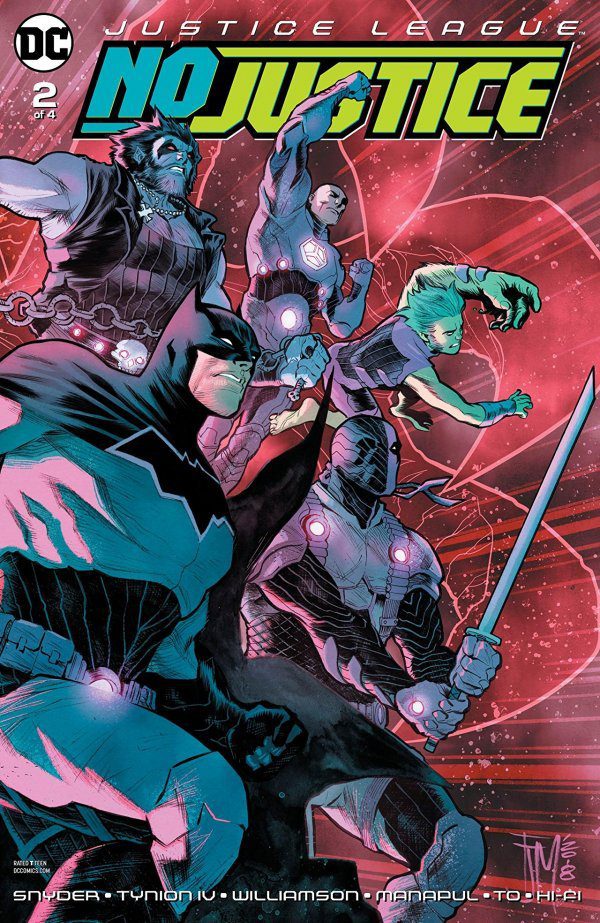 Written by: Scott Snyder, James Tynion IV and Joshua Williamson
Art by: Francis Manapul and Marcus To
Colors by: Hi-Fi
Release date: May 16, 2018

Amanda Waller is on a mission. After her attempts to hack Brainiac caused a major screw up with the Justice League’s mission, Waller is making her way to the Fortress of Solitude. She gets stopped in her journey by Green Arrow who wants some answers.

On Colu, the missing members of the Justice League are dealing with a rampaging Omega Titan being as the rest of the team attempts to evacuate the people of the planet. Not an easy task when everyone thinks you’re a minion of Brainiac. As the teams squabble about what to do, it takes the combined duo of Lex Luthor and Martian Manhunter to remind them of why they are there and what they have been tasked to do. It was a rare misstep on Batman’s part to not follow the plan, but he redeems himself when talking to Robin about why they need to follow this particular plan for now.

Back on Earth, we get to see the extent of what Brainiac did when he arrived and it makes sense in a logical way, but it leaves Arrow and Waller in the position of having to work together to save the planet. There are some fun comedic elements in this issue as well, especially Beast Boy wondering how he got put onto a team with Deathstroke, Batman, Lex Luthor, and Lobo. Also, Starro is becoming one of my favorite characters. As much as I never really liked the character, he is growing on me in this series. When the teams decide to finally work in a new way, thanks to some advice from Manhunter, they find that there is a flaw in their plan. One that required a now missing piece in order for it to succeed and they’re going to be reminded of that when they find out who has been waiting for them to arrive.

I really enjoyed this issue and the mystery that this series is creating. The writers have done a great job of collecting some interesting characters and putting them into a situation that has narrative twists and turns that I could not see coming. There is a real sense of the unknown in this series and I hope it continues.