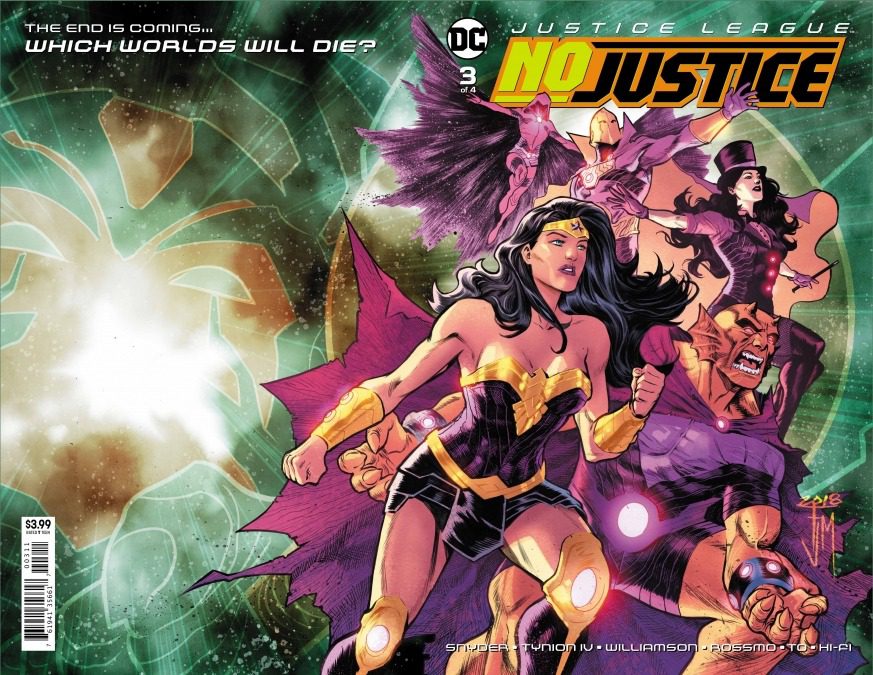 Things are getting desperate on Colu as Team Entropy confronts Vril Dox in a prison designed to keep him hidden. The team confronts Brainiac’s son to get him on board to helping them complete Brainiac’s plans to save the planet and defeat the Omega Titans. It also gives Batman the opportunity to be somewhat ruthless in that regard since he’s been teamed with Lex Luthor and Lobo. Martian Manhunter is trying to find a way to free the minds that have been trapped and he needs Starro to find a way to be more than the tyrant he is in order to free them together.

When Vril lays out Brainiac’s plan, it makes perfect symmetrical sense for a villain with his level of intellect. There is an elegance to it that takes it to a level above most villain plans and that makes it more interesting. Back on Earth, the situation is getting worse as Waller and Green Arrow continue their back and forth over the fate of the seed growing in the Arctic. I like the fact that they are having this conflict, but Waller’s continued interference keeps making things worse and her assertion that she is doing anything for the greater good is laughable.

The fact that the suits they are wearing is making the task more difficult is an interesting narrative choice. It allows for some new conflict to emerge as the heroes and villains have to find a way to work against Brainiac’s plan as they try to fulfill it as well. Team Wonder seems to have found a way to work through this limitation, but it looks like the rest of the teams might need more help and it might be too late for both Colu and Earth. The action continues to get better as this series continues and everything that is being queued up seems to be leading to an epic conclusion that I can’t wait to read.