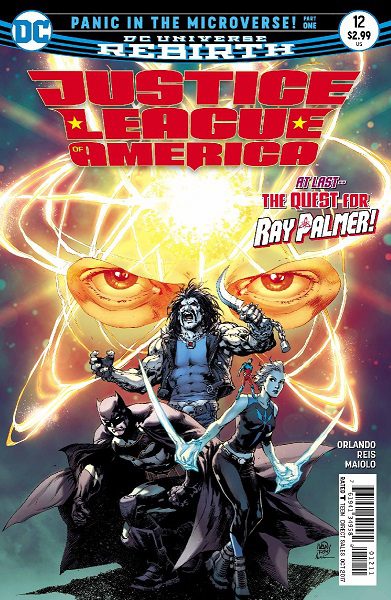 “Panic in the Microverse Part One”

First things first, I need to preface this review with the prevailing sentiment that I have not missed Ray Palmer in the least during the entire DC Rebirth storyline. I actually like Ryan and would love to see the relationship between he and Caitlin develop. The story opens with Batman and Lobo talking about the mystery deal that the two of them made and how it’s coming close to the time for Lobo to collect, but only if he wins a fight according to Batman. I like how this deal continues to be layered and mysterious. The fact that Batman is using it to keep Lobo in line is even more interesting. As the JLA is spread out on separate missions, Ray and Xenos are spending time together when Ryan signals the team.

He gathers the team to tell them that Ray was working on a problem with the structure of the timeline when he went missing in the Microverse. Batman 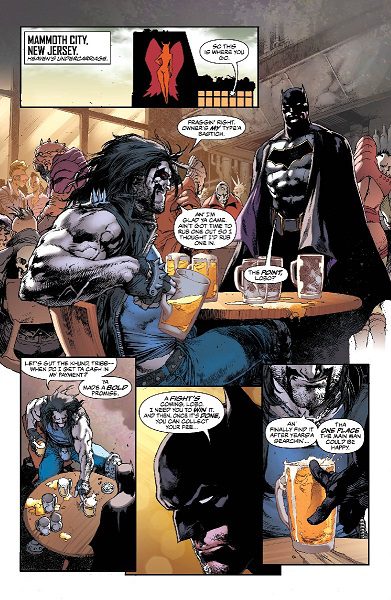 decides to have the team continue to work their current cases, while he, Frost, Atom and Lobo travel to the Microverse to rescue Ray Palmer. As the rest of the team explores the lush wilderness of the Microverse, they are attacked by creatures using advanced weapons. As they fight the threat, another being emerges to take down the attacking aliens. But is this new warrior friend or foe?

The story in this issue is pretty straight forward. It doesn’t particularly cover any new ground and it’s so short that you barely have time to process what you just read. The stakes are not really established in a sense that made me care about the outcome and I never got a sense of either the importance of Palmer’s mission or the importance of the risk to everyone involved. The artwork is well done, but for an entire Microverse, you only get one page of the look of it. Not nearly enough to give a sense of either wonder or doom.