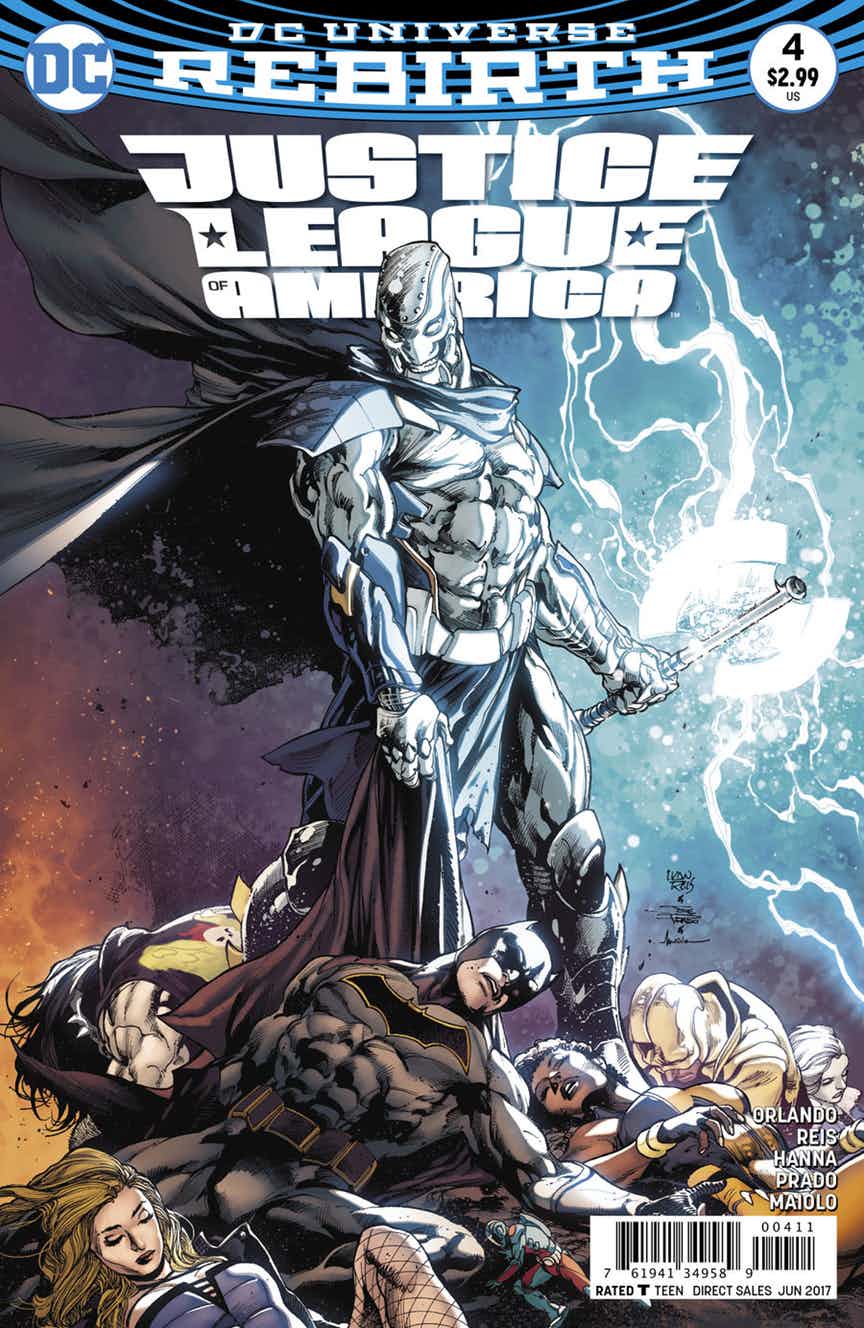 The battle for the country of Kravia continues in this issue with the resistance forces taking back more territory and edging closer to taking down Havoc with the help of the JLA. Ray continues to try and reason with Dreamslayer in an attempt to get him to free his frozen hostages. The rest of the JLA is trying to take out the Extremists one by one. Lobo continues his violent brawl as Batman and his team confront Havok. The banter between Batman and Havok was a little hokey and could have been left out, but the point was made and it wasn’t too long in getting to it. Meanwhile, Ray gets ever closer to getting Dreamslayer to understand the consequences of the actions that he’s taken, even as the powerful force continues to argue.

Frost and Atom work together to take down Death Bat as Resistance fighters move into the area with information. Havok reveals himself to those around, his overall plan, while Batman holds him off just long enough for the rest of the Justice League of America to move in and assist. As Vixen moves in to confront the despot, Batman holds back the rest of the team. Mari battles Havok in the husk of a destroyed building, explaining to him the difference between democracy and demagoguery before the tyrant finally falls. The way the hero takes out Havok is sublimely clever in its simplicity and her explanation if well done. Dreamslayer comes to a revelation that sends him on an unknown journey. The rebel leader Bogna has decided to confront Havok with the business end of a shotgun as the rebels and the JLA gather. The final moment between the two factions is tense, but it ends well for the reader with an interesting epilogue that hints at things to come. 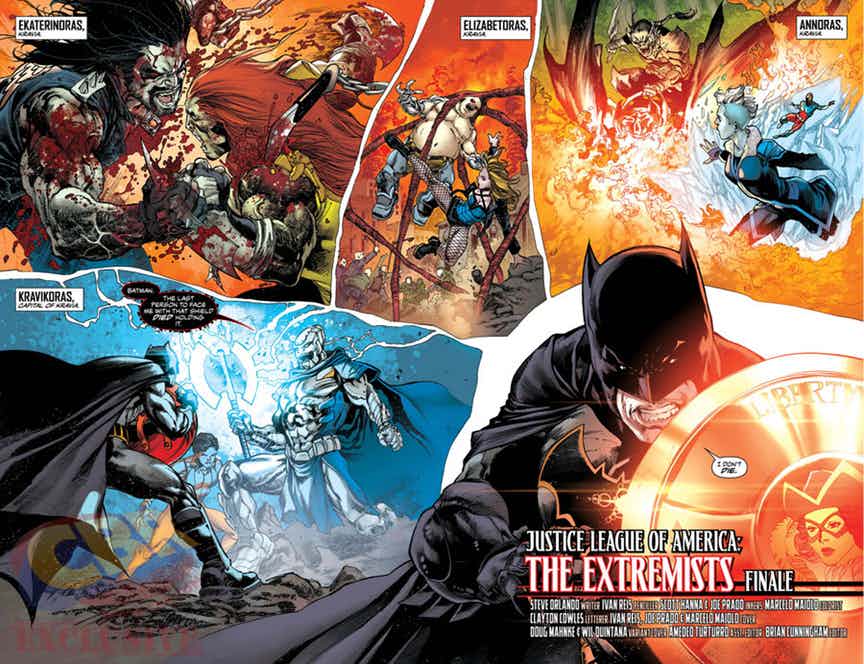 Steve Orlando ended this story well for me. There were genuine moments in reading it that I wondered how the narrative could be handled effectively with this many pieces in play, but overall it worked. There were some moments that I felt should have been explored more, specifically with Dreamslayer and Ray. There seemed to be another, more interesting, story in those moments that didn’t really get explored. Havok seemed to be a good tactician in how he was able to get and consolidate power in a short period, but his strategic thinking seemed malleable as the story progressed, giving him moments that were a little undeserved. Ivan Reis’ artwork was great and every character was represented well, especially in the final battle between Havok and Vixen.