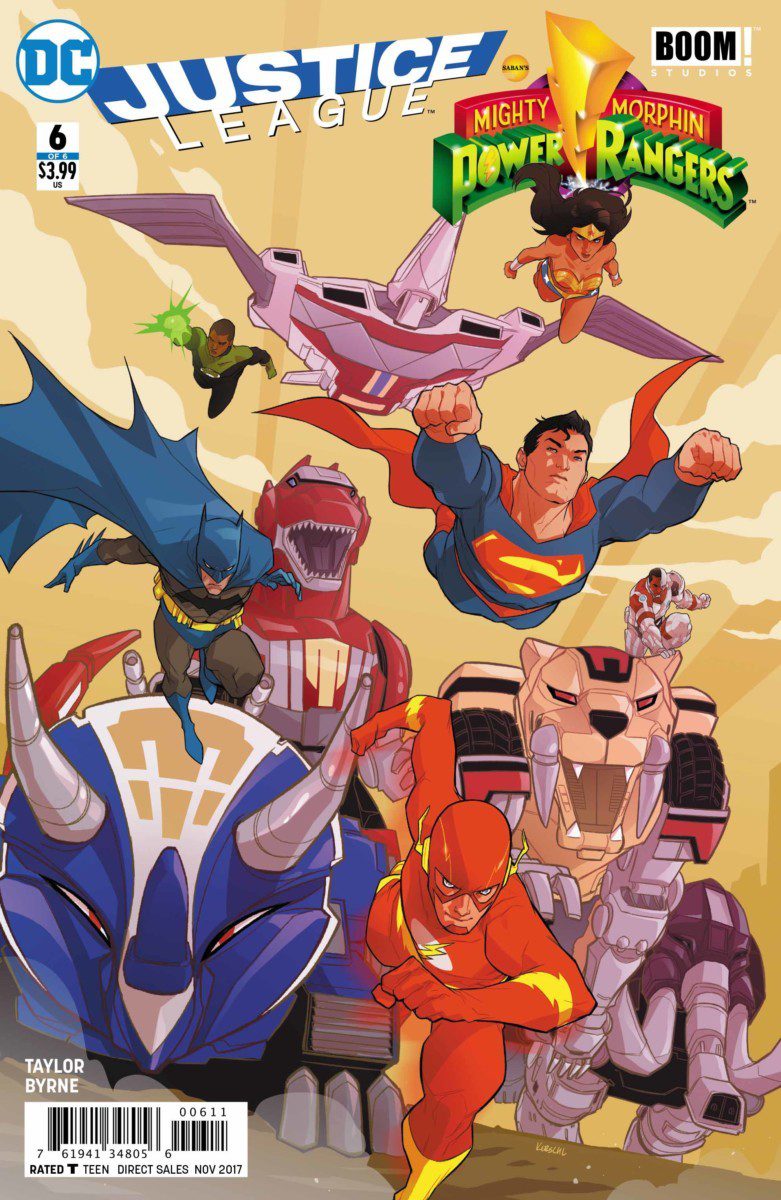 Being a big fan of both the Justice League and Power Rangers I was excited for this story to come once it was announced. After some long delays since the book was first released back in January, the epic conclusion is finally here but is it as epic as it should have been? Let’s jump into Justice League/Power Rangers #6 and find out…

Tom Taylor does an amazing job on the Injustice 2 book right now, so I know he can write the Justice League very well in this book, and he does. The problem I have with him writing this particular book is that I don’t think he writes the Power Rangers very well. After issue #1, I felt the quality dip in each issue and I never did get a satisfying feel for the Rangers. They’re pretty surface level and the character details aren’t as deep as I wanted them to be since I’ve been so spoiled with it in the MMPR and Go Go PR books from Boom. I felt that more so in this issue, however, to the point where it was noticeable. The Rangers did have some fun moments though and their fight with a giant Zedd at the end was interesting since I don’t recall that ever happening in the show. 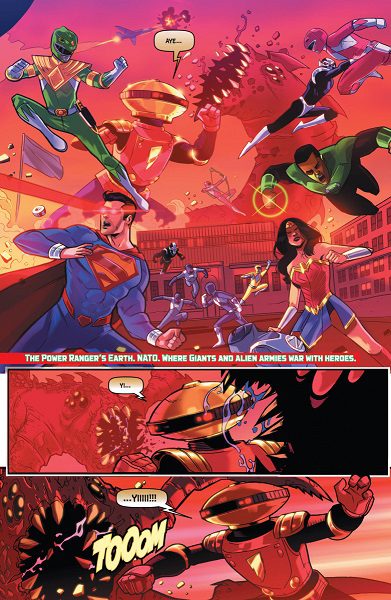 The biggest problem I had was the League’s involvement was almost nonexistent. Sure they fight Brainiac goons but the Brainiac plot seemed to be shoved to the side to focus on the Rangers saving their city. They beat Brainiac by using a trojan virus provided by Cyborg and it felt so anticlimactic. He isn’t completely defeated as it’s shown that he has some remnant of himself in Alpha 5, which ends this book on a cliffhanger. I sure hope that this book sells enough so we can get a follow-up book to continue this cliffhanger or it would have been for naught. Other than my gripes, it was a fun story and it was awesome to see two epic teams team up to fight common enemies. The art is the icing on the cake as it is beautiful. It is a little on the cartoony side but it fits with a book involving the Justice League teaming up with the Power Rangers. I was happy to see that both the story and art doesn’t take itself too seriously.

Justice League/Power Rangers #6 is an anticlimactic end to a story that should have felt more epic than it was. It was fun while it lasted and it was so cool to see two of my favorite superhero teams team up but I felt it could have been better handled, especially in its final issue.