Today I was able to try Kingdom Hearts III while attending MCM Comic-Con in London, England. This was also an unfinished version of the game purely for demo purposes. I was also able to fully play through both parts in the demo within the limited time they had given me. You would visit Hercules world and eventually fight the rock titan. The other level is set in Toy Story fighting off many heartless. The demos were being run on Xbox One X and PS4 Pro systems. I was playing the Xbox version and there were a few times that I experienced some small frame rate dips but nothing that distracted me enough from the game.

Sora’s movement feels probably the best it’s ever been in the series from what I can remember. He still has that floaty feeling when he jump but can also dash in mid-air like in Dream Drop Distance and can also run up walls. His movements just make him feel far more versatile now. Landing hits will also build up a type of meter that will allow you to activate a weapon transformation and then activating a finishing move before a timer runs out. You also hold multiple Keyblades that can be changed on the fly with the d-pad and adds layers to how you can prepare for fights or just want to mix things up for the fun of it. World-specific characters like Woody and Buzz from Toy Story will also join your party and no longer replace members so that Donald and Goofy will be able to stay in your party too. The visuals are hands down the series best as everything just looks really clean and colorful. 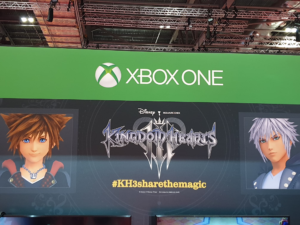 After completing the demo, I can definitely say that fans of the series will love what’s about to come. If I could’ve I would’ve played the demo again as I was having so much fun and just didn’t like how it felt like it ended so quickly for me. The wait has been long and it seems like it will be all completely worth it. Kingdom Hearts III will be releasing on January 25th, 2019 on Xbox One and PS4. 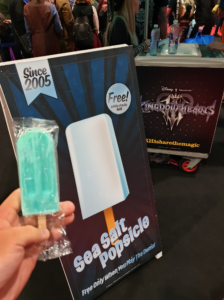