Thanks to THQ Nordic for providing The GWW with a review copy of this game.

Kingdoms of Amalur: Reckoning is easily one of my favorite games from the last console generation. Before it released it was easy to foresee how good the game would be with talent like Ken Rolston, R.A. Salvatore, and Todd McFarlane at the helm. What could not have been foreseen, at least by me and many like me, was the massive looming controversy surrounding the developer, 38 Studios, which eventually led to bankruptcy for the studio and a dead-end for the franchise. Or so we thought.

On September 6th of 2018, THQ Nordic bought the rights to the KoA franchise and then went dark until earlier last month when they announced the remastered version: Kingdoms of Amalur: Re-Reckoning. While the announcement made my heart flutter, I was curious to see just how much of an improvement it would be from the original. 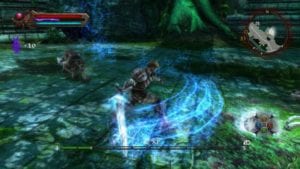 Kingdoms of Amalur: Re-Reckoning re-casts you in the role of the “Fateless One”, a mortal who was resurrected by the experimental Well of Souls and, therefore, removed from “Fate’s weave”. Thrust back into the world of Amalur, the Fateless One must uncover the truth of their death and save the world from the plot of the evil king of the Tuatha Deohn, Gadflow. There’s plenty more to say on this, of course, but I would do it an injustice by detailing the story here. Filled with deep lore, rich history, and court intrigue, it’s sufficient to say that KoA‘s eight-year-old story still has value in 2020. 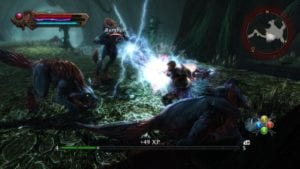 As far as single-player action RPGs go, you couldn’t do much better than Kingdoms of Amalur. “Deep in strategy, simple in execution” is the best way to describe it. KoA allows you to choose to focus skills in three distinct areas: Might, Finesse, and Sorcery. Feel free to dump ability points into a single category or multiple categories to create a dual-classed character. In execution, the game is reminiscent of action-heavy arcade games that allow you to execute combos with precise button-presses or simply mash your way to victory. The game throws-off the feeling of rigidity you may experience in other RPGs of the generation and it’s as fresh today as it was in 2012. Come for the story and stay for the combat. 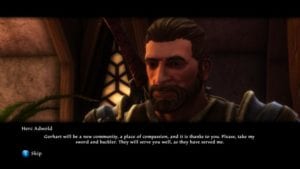 Kingdoms of Amalur: Re-Reckoning‘s largest boast for a remaster seems to be in the area of graphics. I originally played the game on PS3 at release and picked up the game on PC several years later. Comparing the original PC release to KoA: Re-Reckoning is… interesting. Well, it really isn’t I guess. That’s the problem. Comparing the two titles on my PC running a RTX 2070 Super hooked up to a 1080p 144hz monitor, both games look good at 1080p and seem to lock at 60 fps. Re-Reckoning does offer 4k… but I’d wager most PC gamers out there aren’t running 4k setups yet. Still, if you’re planning to play on console, perhaps this will be a noticeable and welcome addition.

As far as effects, lighting, and shadows, I don’t feel like Re-Reckoning features a massive boost to the visuals. Perhaps in the area of textures there is a slight increase, but not enough to warrant a repurchase at the full retail price of $40. I also feel like the overall image of Re-Reckoning is darker than vanilla KoA. I played around with the brightness settings, but was still surprised to see a bit of a difference between the two titles. I don’t think that the darker (higher contrast?) image necessarily makes the game look better… simply because the more vivid colors on the screen are nice but details are lost in shadows.

The audio in Kingdoms of Amalur: Re-Reckoning does the job… that’s about it. Sound effects are hit or miss, the sparse orchestral music is sufficient but not amazing, and there seems to be a few technical issues prelaunch with audio. Where the audio shines is with the many voice-acted characters throughout the game. Each character seems to be voiced convincingly and several of them are standout performances.

If you never experienced Kingdoms of Amalur: Reckoning then Re-Reckoning is really the perfect chance for you to fix that mistake. While veteran players may want to support KoA‘s resurrection by purchasing Re-Reckoning, there may not be enough reason to purchase this version otherwise.

kingdoms of amalur PC gaming rpg
Are you an Insider?News, reviews, & updates are just the beginning.