Over the past few months, I have really enjoyed tapping into my creative writing mind and sharing my Dungeons and Dragons adventures to the communities of DMs Guild. With Wizard of the Coasts more recent adventure, Tomb of Annihilation, I was immediately inspired to write what I titled my dissertation as a Dungeon Master. I will be combining my newly acquired molds from my trip to Gen Con back in August and a nostalgic filled story inspired by this new adventure book. The tabletop gaming sessions we partake in aren’t just some 2 hour Friday night adventure. We embark on a 10 to 12-hour marathon fueled by pizza and drinks that I DM a homebrewed adventure. I typically provide some sort of physical props or models for my players (I made a 1” =40’ Scale Castle Ravenloft previously), but I have never taken on an endeavor like I plan on

Tomb of Annihilation (ToA) is an adventure book set in the uncharted continent of Chult, where you can have your heroes race dinosaur! And if that isn’t enough to get you excited, you can fight zombie tyrannosaurus rexes (plural!) that disgorge more zombies! But the main focus of Wizard of the Coast’s (WoTC) setting is this plague, the Soulmonger Curse, is slowly killing everyone. Bringing about the need for adventurers to travel deep into the unknown continent and explore forgotten temples. And this is where I gained my inspiration to create the final dungeon crawl through a temple. Not just any temple, but Olmec’s temple from Nickelodeon’s Legends of the Hidden Temple (LotHT)!

My first task was studying, researching and remembering as much as I could about the kid’s game show Legends of 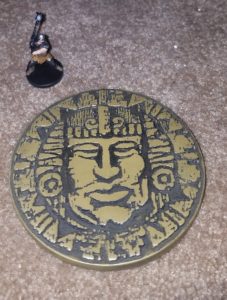 the Hidden Temple. I was determined to include everything from the Moat Crossing at the opening credits, to the famous Steps of Knowledge. Sprinkle in a few Skill Challenges for actual Pendants of Life, all before throwing my players into Olmec’s Temple! I carefully rewatched videos and took notes of how many rooms there were, the different paths contestants could take and the in-room puzzles they had to accomplish before advancing, including the fabled silver monkey statue. Not forgetting to include key moments when Temple Guardians would jump out and attack, taking away Pendants of Life.

Have you seen this:
Staking Your Claim in Demon Turf (Review) 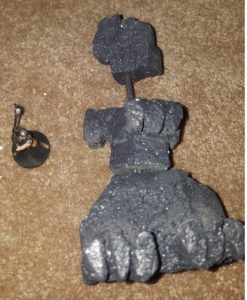 The new D&D adventure book even included a host of new trickster god creatures that all to easily fit into the 6 colored animal mascots of Legends of the Hidden Temple. Changing the name of my temple spirit from Olmec (LotHT) to Ubtao (ToA) was part of keeping in theme with this new book but still having a nostalgic twist to it.

After I converted the on-screen temple into a dungeon crawl map using one of my drafting programs, I now knew how many molds I had to start making. And it was a lot! It took over 10lbs of Plaster of Paris mix to fully amass my collection of temple tiles, stone walls, coffins and décor for treasure room walls. I could have sped up the process by having multiples of the same mold, but I elected to have more variety of molds instead. I tried to set up a neat work area that quickly turned into a chaotic mess of plaster, molds and dried and broken mistakes (that I would quickly come up with a way to re-incorporate). 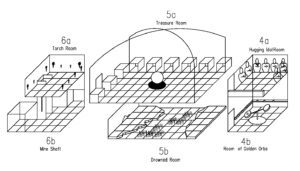 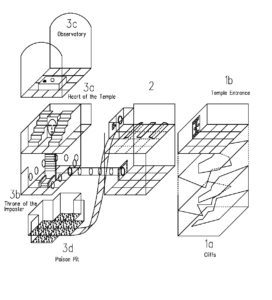 Each mold from Hirst Arts (see Hirst Arts Gen Con interview) took 30 minutes from; cleaning the mold, pouring the plaster, scraping off the excess, allowing the plaster to fully harden (I allowed extra time for thinner more intricate pieces), carefully taking out the casted pieces, cleaning any debris and starting the plaster mix process over again. I would pour plaster into 8 molds at a time. With some rough math, I needed to do this 12 or more times for each mold. This task I took on was clearly for a hobbyist and creative person. 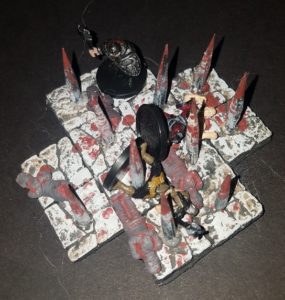 After I had cast countless molds, I was ready to start assembling my temple. Side Note: I went to college for Architectural Design and have worked with creating and designing scale models before. I initially wanted to make this structure one complete playset but knew for the purpose of placing character figures and interacting within the temple during our gaming session, I would need to create each room separately, but allow them to interlock or shift out. More importantly, I couldn’t stack both floors of this temple mold on top of each other. Maybe if I had more time, resources, space and ingenuity I may have been able to create my dream temple; complete exterior, interior with cutaway sections and some method of allowing my players to move their figures within the temple freely.

Have you seen this:
GB Rober (Review)

Using the recommended crafting glue, I began to lay tiles down on cardboard and construct temple walls and stone-lined dungeons. Using every spare flooring piece available, I increased the perimeter of my floors so that the walls didn’t shrink the actual room sizes. Slowly, my assorted boxes of mold pieces turned into my temple.

I would say the easiest and most relaxing part of this process was the painting. There is just something about painting and nearing completion that didn’t seem like a task. Using a variety of techniques, I knew myself and that I borrowed thanks again to Bruce Hirst’s nearly complete tutorial on how to create dungeonscapes using his molds, I only had to go back and repaint a few sections to please myself. 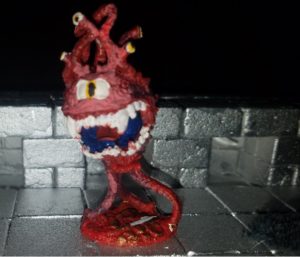 This project took three months from initially writing the adventure to the 10-hour play-through. I didn’t craft everything though. Some figures we use are pre-painted, however, I did get find some tribal themed pewter figures that I painted to match the Legends of the Hidden Temple theme. And I changed what the WoTC book’s Soulmonger was just to allow my players the final opportunity to encounter and slay a famous D&D realm monster, a Beholder (painted to bring about memories of the cacodemon from Doom series!) Finding an Etsy store that makes actual coaster sized wooden Pendant of Life’s was a special treat and a souvenir for myself.

You can find my adventure module here: DMs Guild

(Along with my H.P. Lovecraft Gen Con module and newly uploaded Survival Island themed after an animated cartoon I can’t mention) 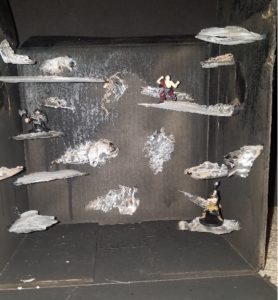 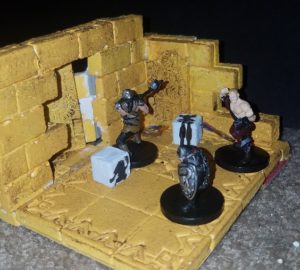 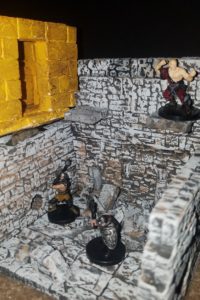 Heart of the Temple (With Olmec/Ubtao) 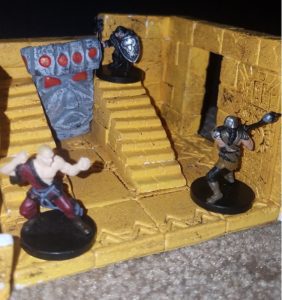 Throne of the Imposter 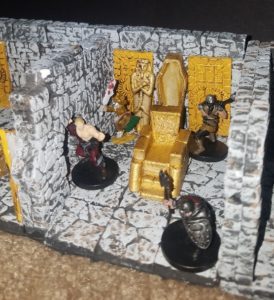 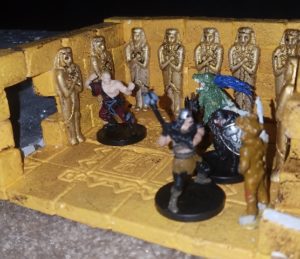 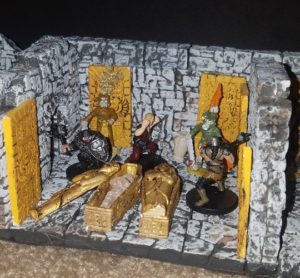 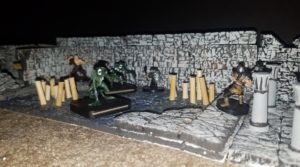 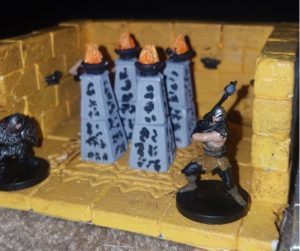 Follow the link for a full view of the temple complete.

Keep an eye out for the podcast versions of these sessions!

d&d Dungeons and Dragons legends of the hidden temple Nickelodeon
Did you miss breaking news?We publish new content every day.