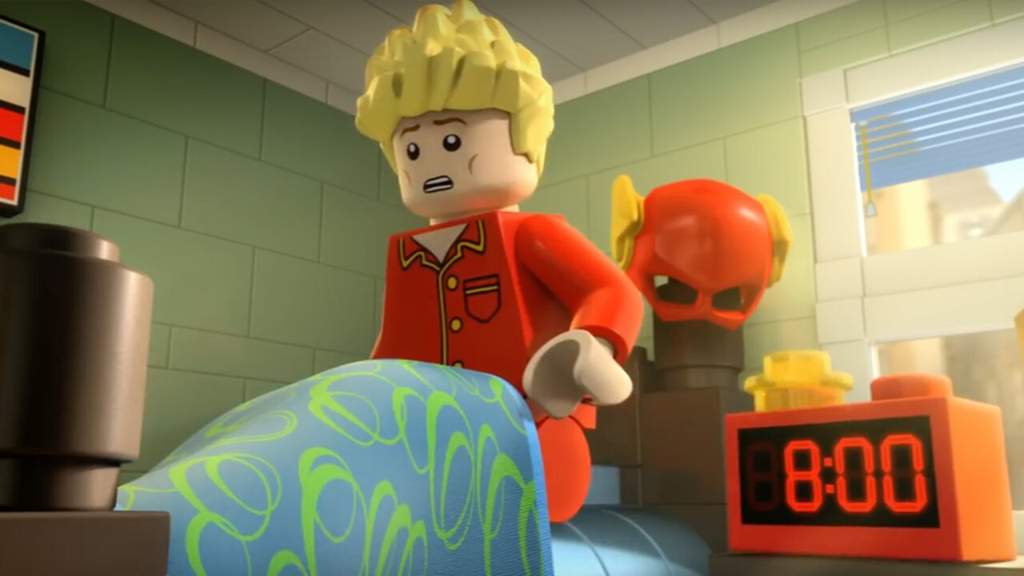 In this Lego animated adventure, Batman and the Justice League team up to stop the Joker who has invaded Metropolis. As the heroes fight the villain, Flash is noticeably absent. When he finally wakes up, he realizes that he’s running late and springs into action.

As he makes his way to Metropolis, he is distracted by villains along the way including Captain Cold and Captain Boomerang. After stopping Joker, Flash is confronted by Reverse Flash. The two begin a series of chases that leave Flash reliving the same day over and over again. As Reverse Flash pushes Barry beyond his limits, he causes another set of problems that cause Reverse Flash to be the hero and Barry to seek the help of Doctor Fate and Zatanna to find a way to stop him.

A pretty funny side story to the main adventure is The Atom attempting to return to the Hall of Justice unable to regrow. It adds a little more to the story. The Reverse Flash’s plan comes together and leaves the rest of the League looking for a way to escape the Hall of Justice and help their friend.

This is first and foremost a Lego movie. So there are definitely going to be Lego-based brick jokes. This is a fun movie and it has some pretty funny moments. That being said, it was definitely more appealing to my kids than to me as an adult. Even as a DC Comics fan, the jokes that were intended for adults fell flat, but the movie had enough heart and visual appeal to keep me interested in where the story was going.  Definitely worth watching with the family.