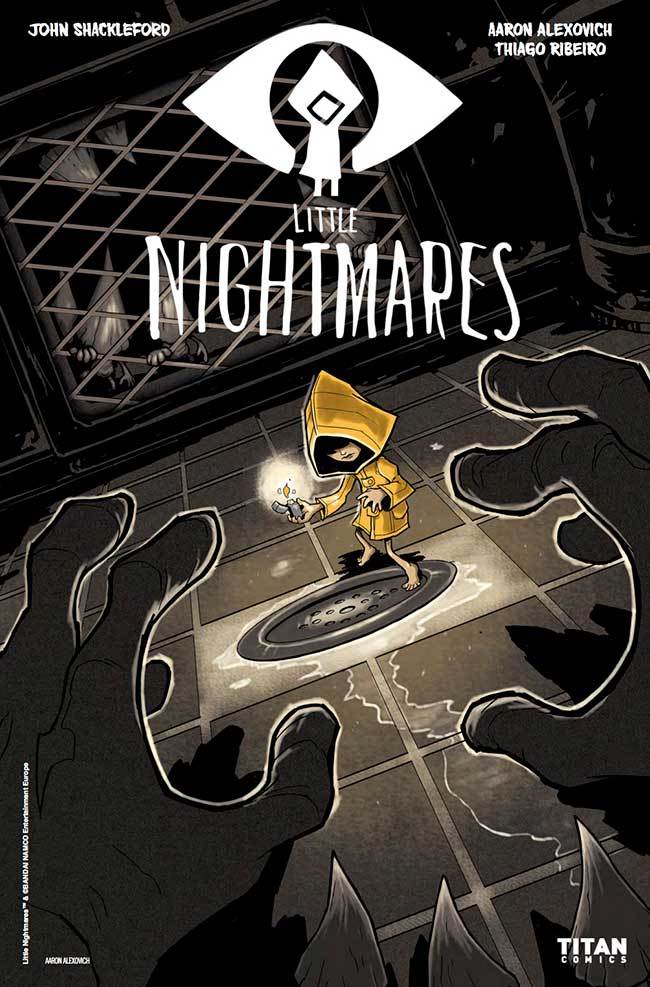 As far as tie-in comics go, the range of quality really runs coast to coast. Some have delivered exceptional stories that enhance their source material in enriching ways. Others have been plainly awful, disguised as universe-expanding but ultimately revealed to be nothing but money grabs. After the fantastic and grotesque puzzle platformer Little Nightmares hit the video game space back in mid-April, its tie-in comic has finally arrived. How does it stack up? The answer, like our protagonist’s world, is complicated

Little Nightmares is a game without a single line of dialogue. It’s an aesthetic choice that fits well. So it’s weird to open up page one of this first of four issues and see it’s littered with speaking lines. I suppose a wordless comic might be tough, but it’s been done before. On the other hand, the way main character Six and others interact — though Six still remains speechless — still feels like it works within the mythos, since she was on her own for the whole game. No one was around to speak to her anyways. 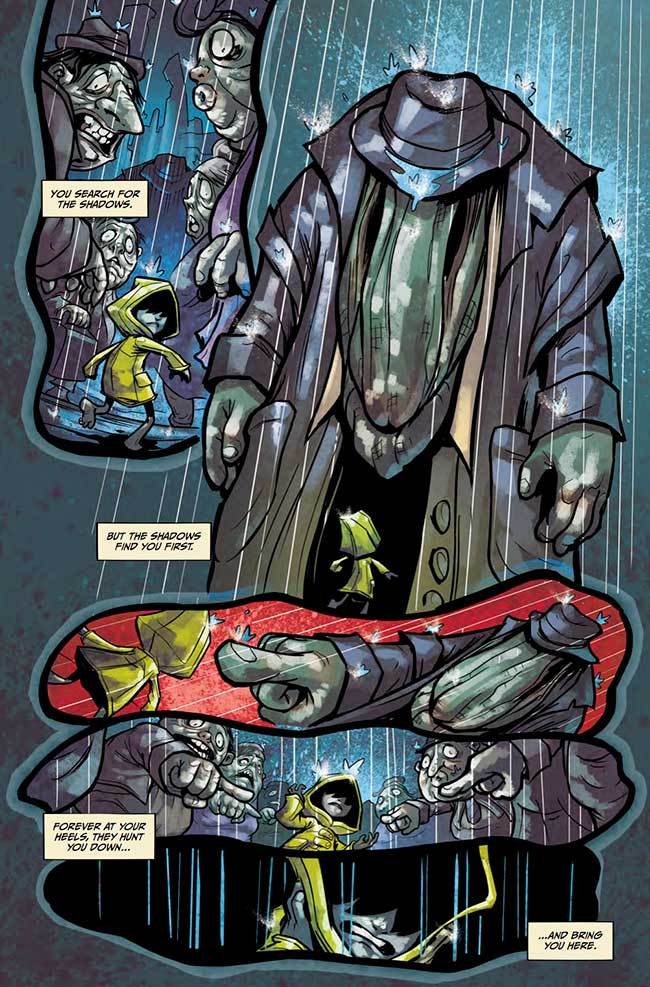 The pacing of the issue feels confused, with flashbacks from the game to current day fireside chats with other inhabitants of The Maw, the story’s setting, to some perspective shifts to other little… um… people? Creatures? Nightmares? They always seemed less than human to me when I played the game so I’m not quite sure. This writing style, with it being so all over the place, is what hurts the issue the most, as it’s drawn well and even shows us much more of the world than the game ever does. It’s not all bad on the writing side either though. It all benefits from the game having set up an immensely interesting premise and environment and it feels as though John Shackleford, an apparently rookie writer according to my Google Fu, is working within the established lore of the series.

There are definitely some interesting threads set up here, and in tone it’s very much a proper tie-in. In storytelling, however, it feels unfocused so far, which is quite unlike the game. If you’re a fan of Little Nightmares, it’s worth checking out this premiere issue. If it isn’t on the game’s level of atmosphere and enchanting horror, it’s at least not dishearteningly far off — it could get there.