While Marvel continues its Secret Empire storyline and gears up for the release of Generations this fall, there is another group of Marvel heroes that the House of Ideas would like to introduce to the world.

Many of the most powerful artifacts and forces in the Marvel Universe have ancient histories attached to them. It looks like Marvel Legacy will explore those histories in these upcoming issues. In Marvel Legacy #1, fans will be introduced to the Avengers of the year 1,000,000 BC. A group of individuals who have familiar powers and abilities that have been either passed on over generations or discovered across time. 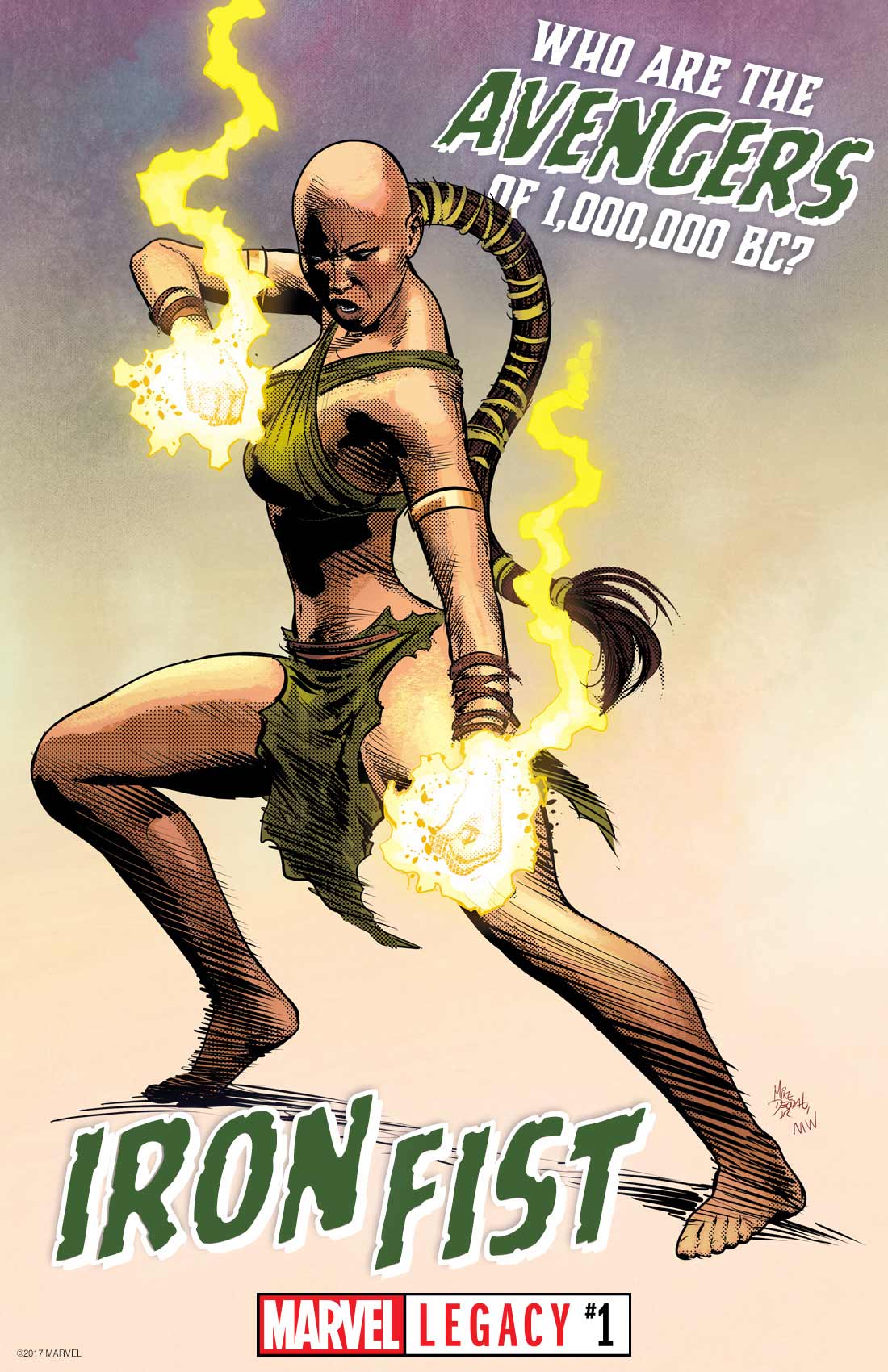 The first is Iron Fist. With Danny Rand being the current incarnation of the Iron Fist, it would stand to reason that the power, skill and legacy began somewhere. Who this wielder of the Iron Fist is remains a mystery that Marvel looks poised to answer. 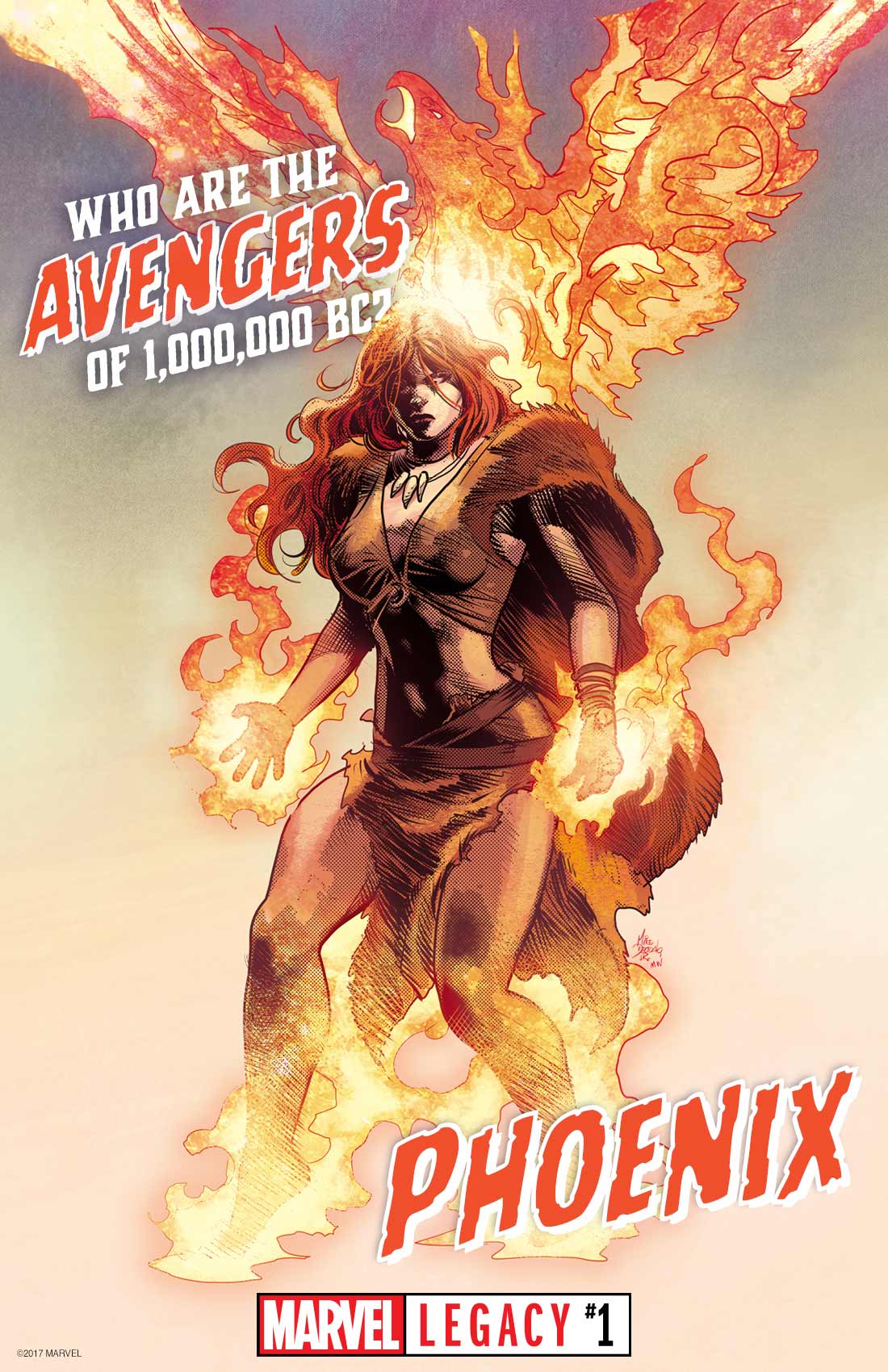 Black Panther is also featured as an Avenger of the year 1,000,000 BC. In the comics, the first Black Panther was said to be Bashenga, who held the mantle 10,000 years ago around the time that the Vibranium meteorite crash lands in the African country. Who could this Black Panther in Legacy be and is he related to Bashenga and the current Black Panther T’Challa?

In the comics, the White Event unleashed the power of the Star Brand across the Earth, causing a portion of the population to mutate into beings of immense power. The brand itself grants the bearer infinite power. Is this ancient bearer of the Starbrand connected to the original White Event or is his endowment of the Starbrand a direct result of it? 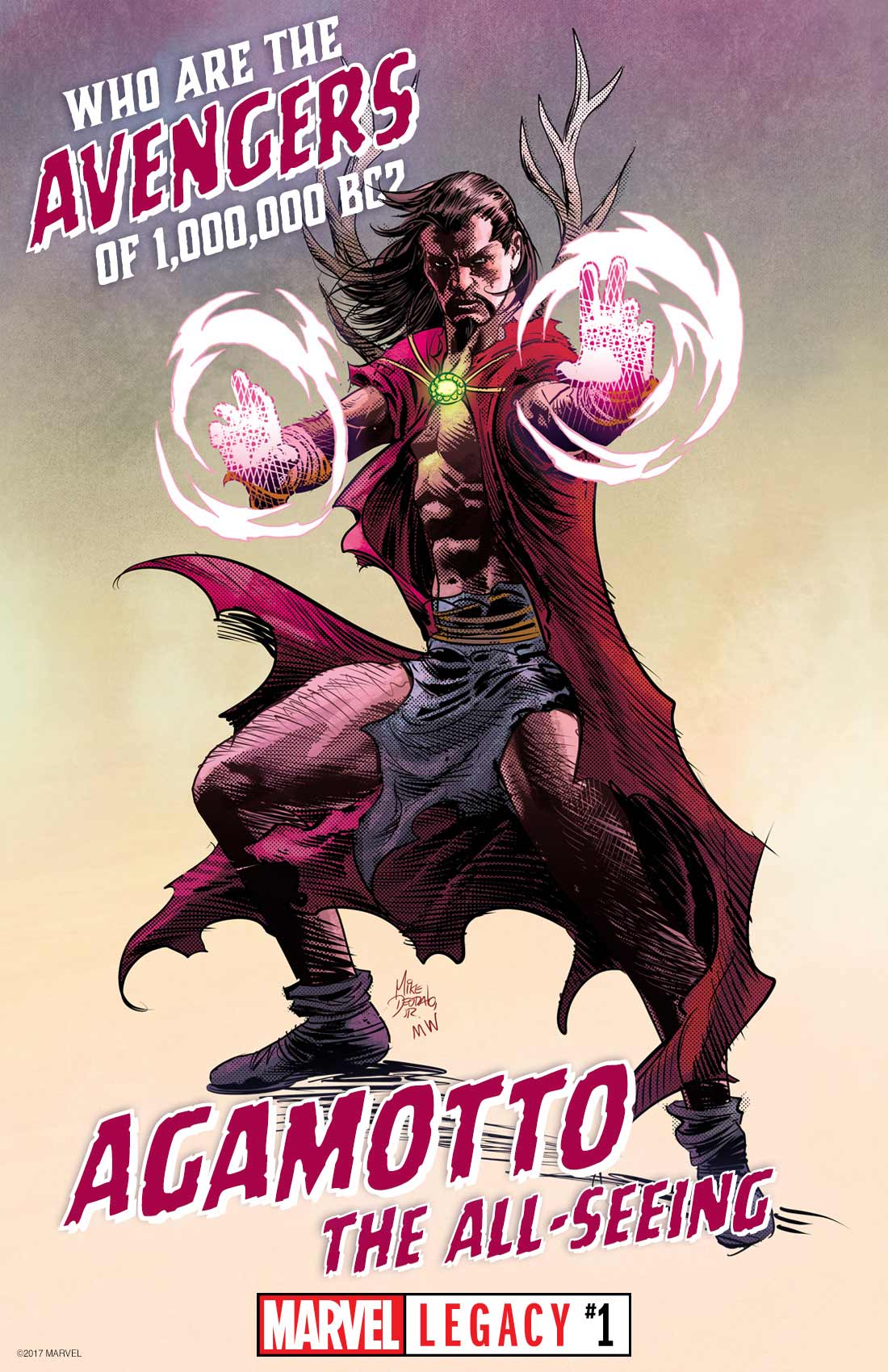 Agamotto, ancient member of the Vishanti and son of the elder Goddess of Earth, was the original Sorcerer Supreme. Agamotto trailed himself to a degree on the mystic arts and used them to protect the Earth. Although ancient nad omnipotent, his history is not entirely known. What prompts him to the ancient past and is his presence there a natural occurence or is he drawn there for a purpose?

How this story relates to the rest of Marvel Legacy will be an interesting mystery to explore.