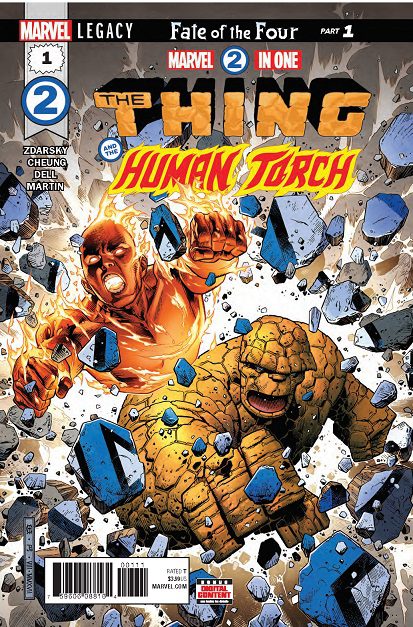 In recent years it almost felt like Marvel was ashamed of the original family. The characters that put them on the map in terms of Superhero comics. The Fantastic Four! After the events of Secret Wars, they seemed all but forgotten. Reed and Sue were almost never mentioned, Johnny Storm went to be with the Inhumans, and Ben Grimm took to the stars with the Guardians of the Galaxy. And while I love these characters on their own, that precious element of family was missing. The best Fantastic Four runs of all time are the ones that have managed to balance the grand, wacky cosmic stories with the heartfelt family moments.

I am happy to say that this issue delivers with the feels. Ben Grimm and Johnny are separated, a rift between them from the loss of their family, but suddenly when everything looks hopeless, they get a gleam of information that Reed and Sue may be alive, and they’re not missing their chance!

Have you seen this:
The Pull (REVIEW)

As a huge fan of the Fantastic Four, this issue was an absolute joy to read. Zdarsky brings it with his writing as always, managing to balance some good humor with some emotional gut-punches that really hit home. Both Johnny and Ben have found their voices in this book, providing some of the best moments from these characters in years, and we’re only in issue one! 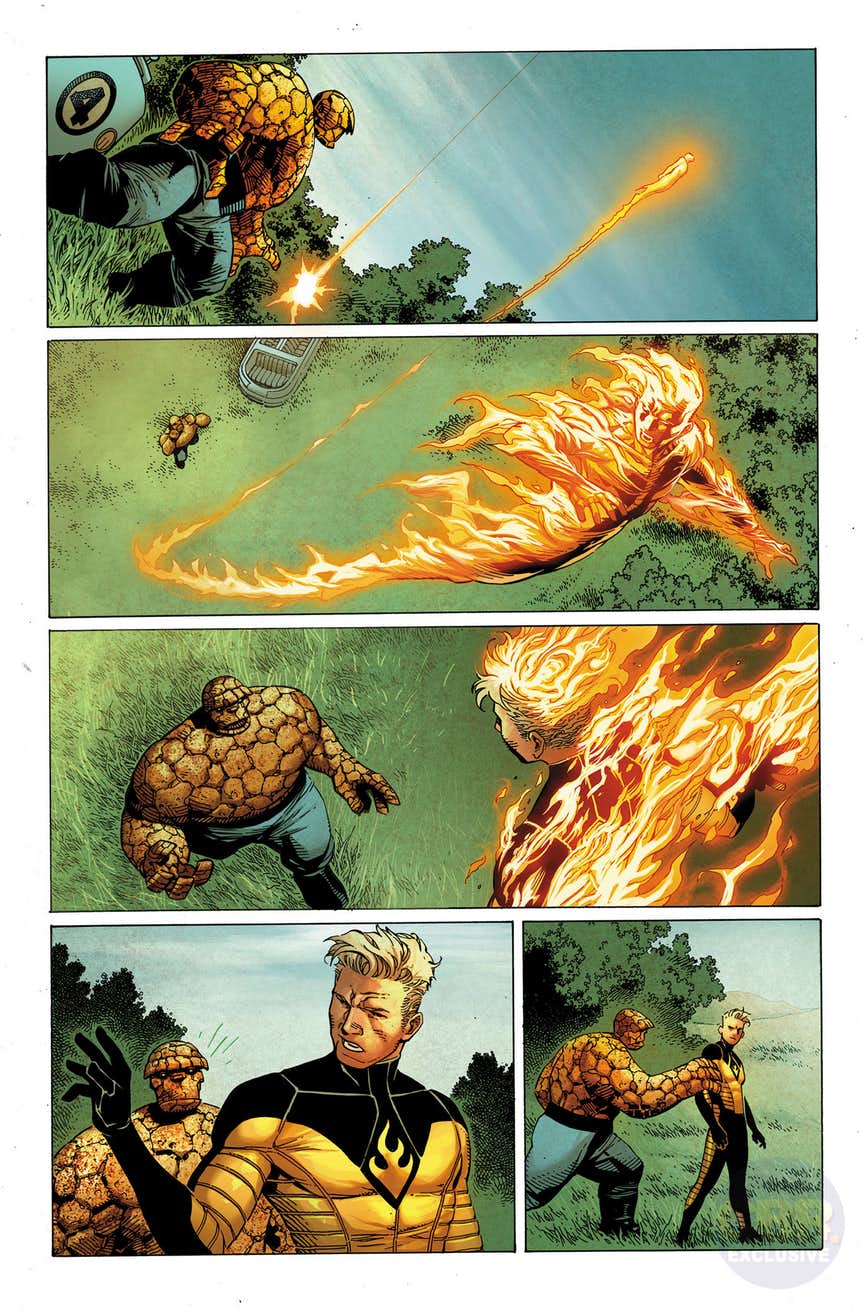 These characters are also brought vividly to life by some of Jim Cheung’s finest work. His pencils in this book are out of this world, eloquently weaving together the fates of Ben and Johnny with every bit of linework. Being made of rocks, some artists seem to have trouble having the emotion come through for Ben, leaving him a bit lifeless, but for Cheung this is a non-issue. This is one of the most expressive and human portrayals of the character I’ve ever seen, making the book feel so much more real and helps you get invested in the plights of these people.

Have you seen this:
Spawn’s Universe #1 (REVIEW)

Marvel Two-In-One’s “The Fate of the Four” arc is a wonderful start to a new era of Fantastic Four comics, and I can’t wait to see what Zdarsky has in store not only for Ben and Johnny, but hopefully for Reed, Sue, Franklin, and Val as well.

Chip Zdarsky comics Fantastic Four Marvel
Are you an Insider?News, reviews, & updates are just the beginning.