After debuting exclusively on Stitcher Premium early this year, Marvel has released the first three episodes of the 10-episode podcast series Wolverine: The Long Night to the masses. Written by Benjamin Percy (Nightwing, Green Arrow), starring Richard Armitage (Thorin Oakenshield in The Hobbit) as Logan, Celia Keenan Bolger as Agent Sally Pierce and Ato Essandoh as Agent Tad Marshall, this scripted podcast is much like the shows your grandparents (and maybe even parents) listened to in the Golden Age of Radio.

This felt like an odd move from the jump.

Now, podcast form certainly makes more sense than terrestrial radio for a project like this, so they got that right. But I found the concept strange because unlike a novel, or any other form of literature, comics are so dependent on the visual piece. So you take the visual aspect out, then you decide to tell a story about one of the most visually vicious characters in any form of literature, Wolverine. How can you tell a story about Wolverine without showing all the carnage? (Carnage as in violence, not the symbiote.)

In case I haven’t made it clear to this point: I was very skeptical about the idea. But I had some downtime and listened to the first episode. I was hooked almost instantly.

(Minor SPOILERS for Episodes 1-3 Wolverine: The Long Night ahead.)

Bolger and Essandoh’s performances as Agents Pierce and Marshall, respectively, jump out right away. You’ve got the good-cop, bad cop vibe, but they’re not too over the top. Pierce is down to business but comes across harsh when compared to Marshall. While he appears to be the more experienced of the two, she strikes me as a bit more motivated.

These two are clear opposites, but neither is too extreme. They are believable. That’s a testament to Percy’s writing, as well as their voice acting. Combine those with detailed sound effects, and it feels like you’re actually in the room when they’re listening in on Sheriff Ridge (Scott Adsit of Big Hero 6 and 30 Rock) and Deputy Bobby Reid (Andrew Keenan-Bolger), or being attacked by the Strawberry Kids.

Their visit to the Aurora cult’s hideaway may have been the most captivating experience of all. The leader of the Aurora cult, Nicholas Prophet, voiced by Tony Award winner Brian Stokes Mitchell (who also played Trevor in The Fresh Prince of Bel-Air), is beyond weird, and his followers sound like mindless creeps.

And Percy does a great job describing the cult’s attire within the story, never forcing a single detail, while making sure everything gets the explanation it needs, naturally.

Which brings us back to Logan, who’s not actually heard much through the first three episodes, but is still the main focus. I’ll tell you what, though, Armitage’s Logan sounds great. Grim, raspy, intimidating. You know its Logan. He’s different from Hugh Jackman and Cathal J. Dodd (Wolverine in X-Men: The Animated Series), but very similar. It’s his own twist on it, but still Logan.

And I say Logan instead of Wolverine because he’s not with the X-Men in this. As much as there’s some high-tech involved in this story, this story very much has a pre-X-Men feel to it. He’s alone and wants to keep it that way.

Logan has been involved in some minimal action, but I’m excited to hear him break the claws out more. What little action I have heard has felt like it’s happening right in front of me.

Regarding the story, it doesn’t strike me as some profound thing with deeper meaning. Percy draws you in with a cool story and believable dialogue, but if you’re looking for something socially driven, I don’t think you’ll find that here. At least, that’s not the impression I got through the first three episodes.

I think Marvel is trying to get a feel for how successful something like this can be. I don’t think this concept could work with every character. The main character has to be one everyone knows very well; it helps with the visualization process. (For example: as much as I love Moon Knight, I don’t think this would work for him at this juncture.) And as much as Logan hasn’t spoken a ton in these first three episodes, he’s talked about A LOT, so him being such a prominent figure makes a big difference.

I can’t quite put my finger on why, but the dismal setting plays into the podcast’s effectiveness. So I’d think if DC tried this with Batman or Marvel wanted to give someone like Daredevil a shot, both being well-known characters that operate at night, it might just work.

Give it a listen and let us know what you think on Twitter @The_GWW. 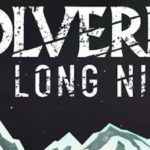