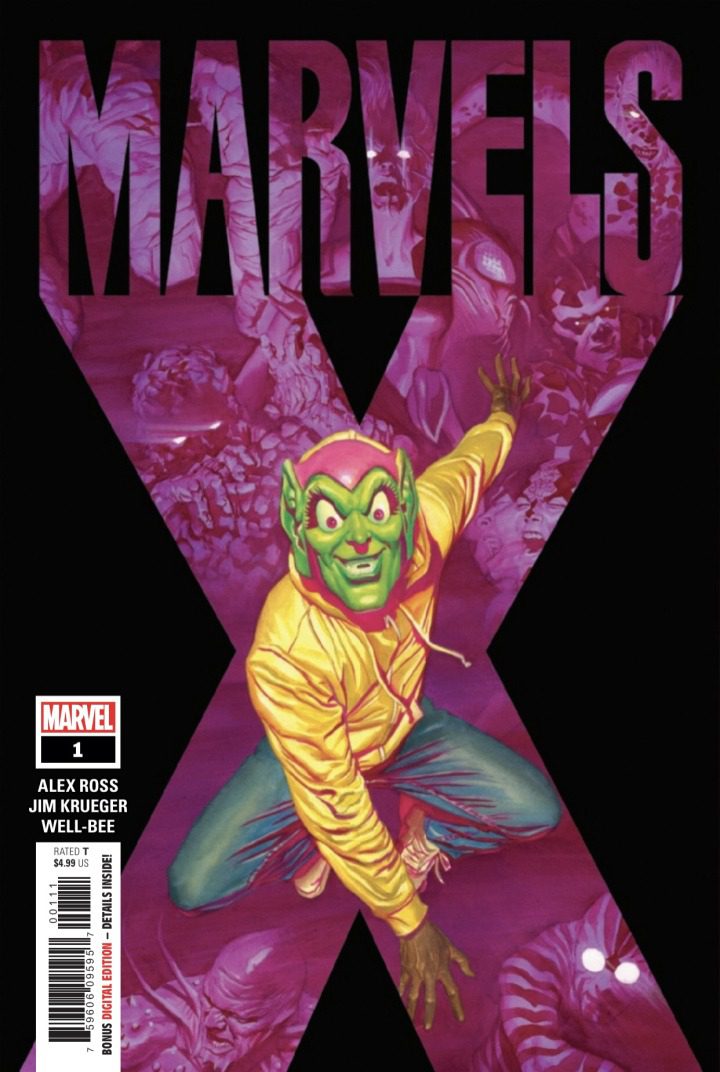 In a world where everyone is gaining superpowers, one young man will find that the world of heroes is tougher than he imagined.

David loves superheroes. He spends hours playing with his favorites like Captain America, Spider-Man and Iron Man, much to the annoyance of his family. In the midst of his dream to be a hero with powers, the world has other plans. When a mystery virus begins to transform ordinary humans into being with powers, David’s family decides to lock themselves away and hope they can survive what’s coming.

When the virus claims his parents, David is left to care for his sister and grandmother. The change is effecting them both in different ways. His sister refuses to be seen and his grandmother is dying. As the world continues to fall apart around him, David finds himself in a dangerous world filled with beings with the one thing he always wished for; superpowers.

The first part of this prequel to Earth X delivers on Alex Ross’ legacy of showing the world of heroes through the eyes of ordinary citizens. This story is beautifully laid out and the characters, especially David, are compelling. The story is perfectly paced and draws in the reader with the promise of a story that is emotionally satisfying and filled with wonder. The world Ross and Krueger have crafted feels both wonderous and dangerous and I want to follow David on his journey through it.

Well-Bee caps a brilliant story with stunning art that keeps the focus on the characters. The layout of the art delivers on the emotional journey that David is taking and every page is filled with something to catch the eye.

Marvel marvels X
Add your voice!Join the conversation on Discord...
Join Our Discord