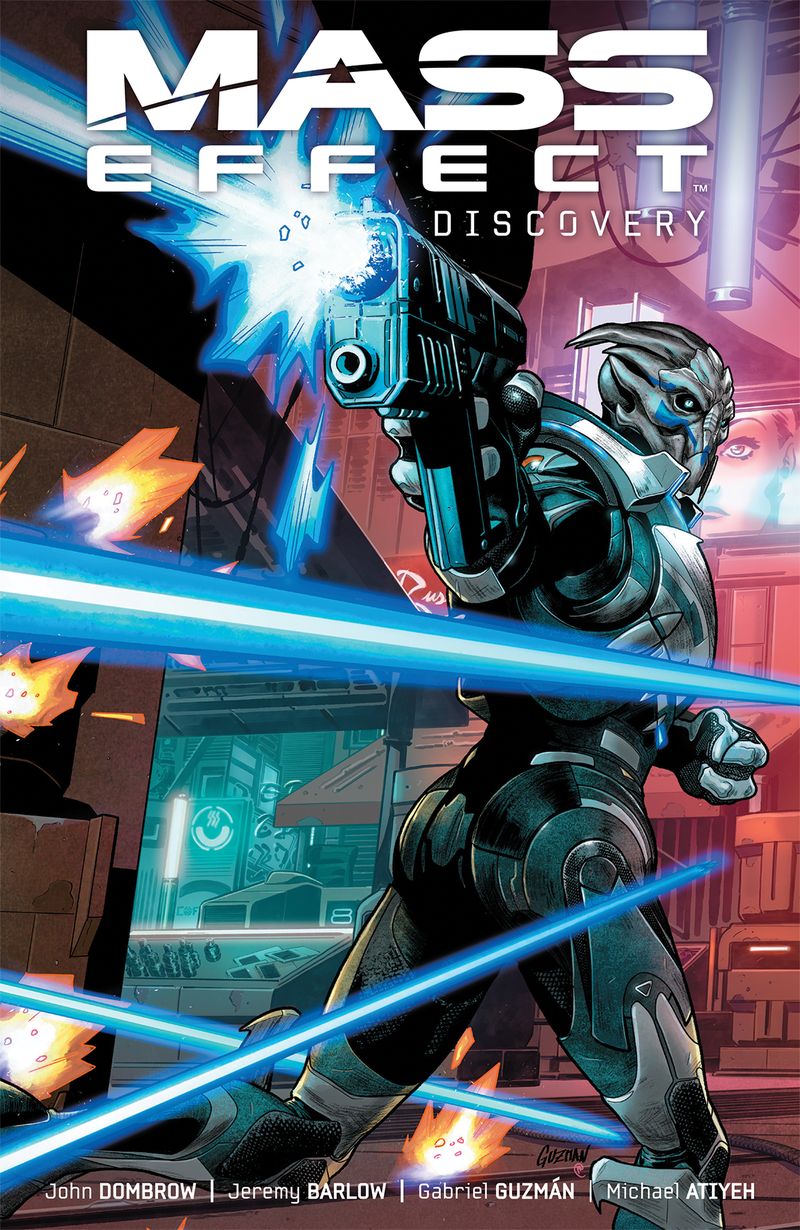 However, you felt about Mass Effect: Andromeda — personally I didn’t think was great. — few would argue its narrative universe is lacking in opportunities for more storytelling. The problems with Andromeda don’t lie in its premise, only its execution. So more story in this new age of Mass Effect should logically be a welcome thing. After the premiere issue of Mass Effect Discovery, the new tie-in from Dark Horse, it seems that assumption is proven true.

Discovery is a new four part arc centered around a familiar face from the video game, Tiran Kandros. In Andromeda, we know him as the head of security and the militia aboard the Nexus. In Discovery, we get to see him before those days. The story opens with a superhero-like villain tease before jumping right into Kandros’ story. Our protagonist seems to struggle with impostor syndrome as he worries it’s nepotism, not merit, that has earned him all his accolades and promotions, and it’s those reasons that drive his action early in the arc. With the Andromeda Initiative only beginning to reveal itself, eyes curious and suspicious alike have all focused in on the project. As a highly motivated Turian military member, Kandros sets out to learn more about them. 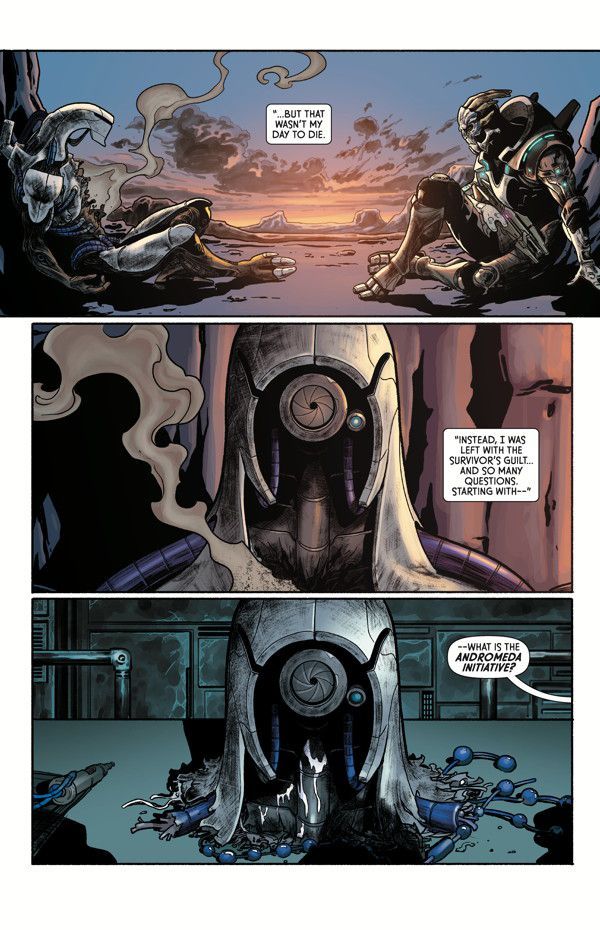 While the art is serviceable, neither exceptional nor bad, what this introductory issue does best is capture the feel of the series, arguably better than Andromeda does itself. In just its 20 or so pages, Discovery opens with a mystery before sending Kandros and readers planet-hopping for leads, not unlike the way Shepard and Ryder have done. Seeing the Initiative and the Milky Way before the game’s timeline takes over has awesome appeal for fans of the series. It carries that dramatic irony of readers being privy to things characters don’t yet know but still manages to balance it with a wholly new narrative and mystery. It’s written by John and Jeremy Dombrow, the same pair that has handled most of the previous Mass Effect work from Dark Horse, so it makes perfect sense that they’ve nailed the tone so early here.

I wanted to love Andromeda, but sadly the game never hit the same notes as its predecessors. For that reason, it’s perhaps an even greater achievement that Discovery can introduce what looks to be a worthwhile addition to the massive mythos of Mass Effect.