Coming in September, there will be a new threat to Gotham City and it will be Batman himself.

To be more specific, the threat will come from Dark Multiverse versions of Batman. These evil versions of the Dark Knight will descend on the city with a plan that will effect all of the city’s villains and their relationship to Batman. DC Entertainment announced the series stating that each issue will have “a different, corrupted version of Batman spawned from the Dark Multiverse to wreak havok on Earth.”

The series will also include a series of crossover issues that are being called “Gotham Resistance” and will feature a team of heroes and anti-heroes including Nightwing, Batgirl, Robin, Green Arrow, Black Canary, Harley Quinn, Killer Croc and others.

Each Dark Multiverse Batman will have its own one shot with a different creative team. 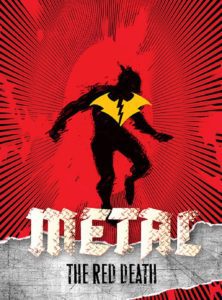 Batman: The Red Death looks like a corrupted version of Batman mixed with the Flash. It will debut September 20, 2017 with the creative team of writer Joshua Williamson (The Flash) and artist Carmine Di Giandomenico. 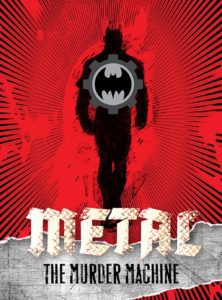 Batman: The Murder Machine features a corrupted Batman/Cyborg hybrid. It will debut September 27, 2017 and has the creative team of writer Frank Tieri (Harley Quinn and her Gang of Harleys) and artist Ricardo Federici. 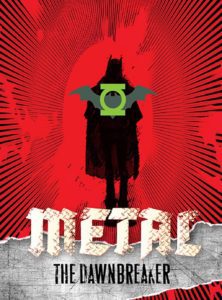 Batman: The Dawnbreaker is the corrupted version of the Dark Knight Detective and Green Lantern. The one-shot will debut October 4, 2017 with the creative team of writer Sam Humphries (Green Lanterns) and artist Ethan Van Sciver. 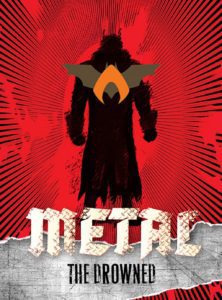 Batman: The Drowned features a corrupted version of Batman mixed with the King of Atlantis himself Aquaman. The issue will debut October 18, 2017 with the team of writer Dan Abnett (Aquaman) and artist Philip Tan. 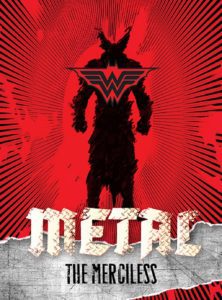 Batman: The Merciless will feature Batman and Wonder Woman combined. The one shot will round out the month on October 25, 2017 and features the creative team of writer Peter J. Tomasi (Super Sons) and artist Francis Manapul.