Kansas City metal hybrid HYBORIAN illustrate a perfect equilibrium of rich concept and catchy, heavy riffage with their debut album, Hyborian: Volume I, hitting stores on March 17, 2017 via KC-based label The Company. Hyborian: Volume I is available for pre-order now here. ITunes pre-orders will go live on March 3, with Maelstrom as an instant grat track. 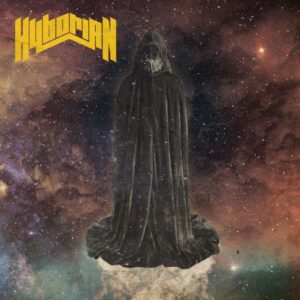 Last week, HYBORIAN brought listeners the album’s low-n-groovy first single, Maelstrom, which you can now listen to below.

Since forming in 2015, HYBORIAN has performed as support for the likes of Iron Reagan, Power Trip, Mothership, Acid King, Mutoid Man, Tweak Bird, Vektor, Whores and many others. The band will once again give fans a chance to witness their live assault this March during their Midwestern U.S. tour. The run will feature varying support acts in each city. See below for all confirmed tour dates: