Microsoft Are Bringing A Key Xbox Feature To PC

As part of their ongoing plans to expand their gaming community, Microsoft has announced that they will be bringing the much-loved Xbox Game Pass to PC. This announcement came as part of their quarterly earnings report, during which the CEO Satya Nadella explained the plans in more depth and expressed his excitement for what this could mean for the company and its community of players.

While there was limited information about what this move would entail or what would change about the current Game Pass options – if anything – Nadella did state the following:

The current game pass allows gamers to access over 100 titles in a rotating library and for just $10/£10 a month, they are able to download these games and play to their heart’s content. The library consists of some of the industry’s leading titles, including Crackdown 3 and Halo 6 to name just a couple. For PC-only players, this hasn’t been an accessible feature just yet, but this new move could be the change that they crave.

The growing popularity of PC gaming has been practically unstoppable, with thousands of players turning to their desktop devices to sate their craving. By opting for a PC, gamers can often gain access to leading titles, innovative indies and arcade favorites without the need for purchasing a console or leaving the house to visit an arcade. We see this with gamers of all ages and preferences. From the drama of watching the roulette wheel spin to the social elements of an MMORPG, the ability to use our household desktop to break into the gaming world has made the entire industry all the more accessible.

PC gaming offers better visuals, affordable games and accessibility to the masses and for that reason, gaming of this kind has dominated the markets. Around $29.4 billion of the $108.9 billion market was taken up by PC gaming alone in 2017 and this trend has certainly continued into 2018.

For this reason, Microsoft’s decision to expand its popular feature from console to PC could be one of the smartest decisions made by the company. The ability to play Xbox games, such as Cuphead and Fallout Shelter and cross-platform through Play Anywhere was enough to ignite discussion and excitement for the brand, especially considering Sony’s initial decision not to follow suit and so their newfound move to expand this further is needed. 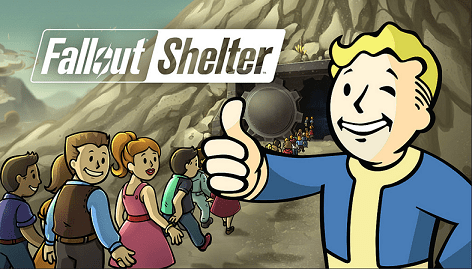 The Game Pass’ move to PC will not only appease current Game Pass fans, but it could open up Microsoft to a vast network of players that they may not have been able to reach beforehand. Of course, the Game Pass is already available on PC to an extent, but its price is often thought to be too high for the limited catalog of games available.

This ‘expansion’ could very well see this number grow. While it is currently a console-specific pass with PC abilities, creating a PC-specific version may give gamers access to the same 100+ games featured on a console. The details are currently limited in terms of what this pass will bring to the table or even when it is likely to be released, but a desktop-friendly alternative to the console edition could be everything this Netflix-like service needs.

PC gaming and mobile gaming are quickly becoming leading markets within the entire gaming industry, and rightly so. Convenience, accessibility and affordability are all key focuses for gamers and more often than not, console gaming can exceed the limits of all three. While games companies are concerned about shelf sales, the upcoming PC-friendly Game Pass could be everything Xbox needs to stay ahead of the curve.

Have you seen this:
Steam Sets Records Into 2020, but It’s Not Alone