DragonCon was hot, crowded, and contained more awesome than even one of America’s premiere cities could hold. My favorite area was the comic book pop artists corner, featuring comic writers and artists. At one table, I had the pleasure of meeting and chatting with writer and Scout Comics COO, James Pruett. James and artist, Scott Van Domelen were kind enough to provide me with my own signed copy of Midnight Sky #1, an upcoming comic due on September 11th.

Midnight Sky is Invasion of the Body Snatchers meets They Live, with a bit of climate change disaster thrown in for good measure. The story leaves you saying, “What the fuck?!” in the best way possible, while still leaving you wanting to turn the pages to find out what the fuck is going on in this crazy, messed-up, world. Van Domelen’s art keeps a realistic, three-dimensional, style that feels like cel-shading without losing any realism– akin to the kind of work I’ve come to love from Mark Bagley on Spider-Man and Invincible books. 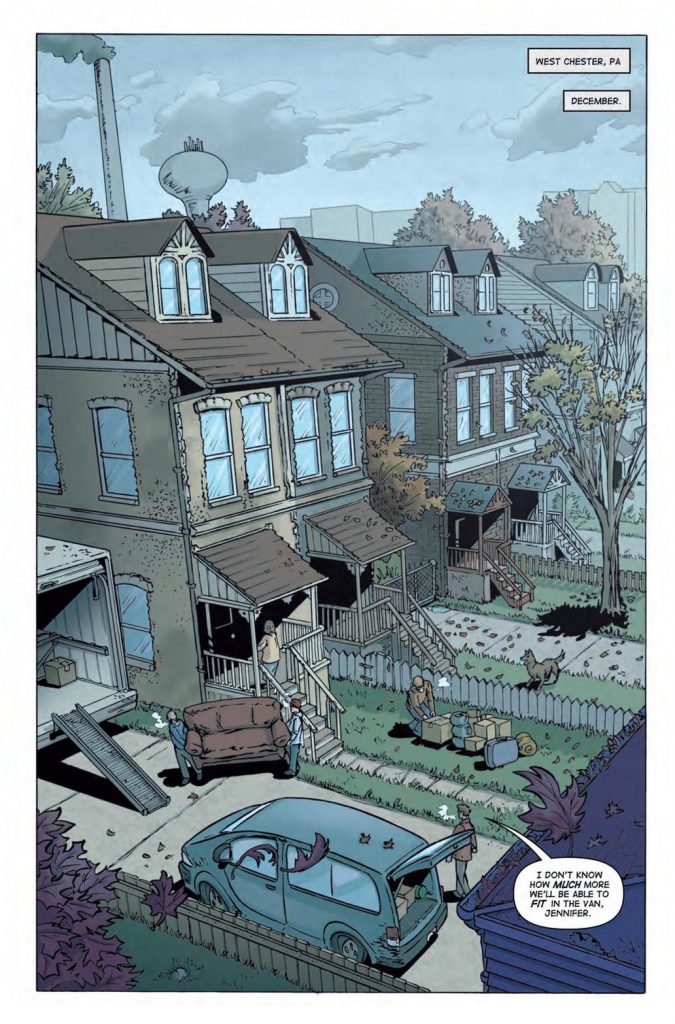 Colorist, Ilaria Fella, kept the grimy look of a post-apocalyptic wasteland, aka Florida, without committing the sin of losing the action or making it harder to see like many books in the genre. I realize post-apocalyptic wastelands filled with body-snatching monsters may be bleak, but I still want to see them dammit. This is where the coloring really shines in Midnight Sky, keeping the dark tone of the story without losing any of the events and still providing a high level of detail.

Pruett  kept the story moving by showing a lot while telling little, leaving the reader asking questions without becoming frustrated and putting the book aside. I enjoyed his usage of light in the story as a tool to both hide and reveal. In the Midnight Sky universe, particles of science-junk block most of the sunlight from reaching Earth, keeping humans in the proverbial and literal dark, as an invasion of body snatchers walk among them, seeking to replace the weakened humans and apparently inherit a planet ruined by green house emissions and fossil fuels. It’s possible the mysterious invaders found Earth on clearance, listed as a good “fixer-upper”. Or perhaps they enjoyed the taste of dog so much they decided to relocate for the cuisine.

Whatever’s happening, I’m going to enjoy the ride with stellar art, great writing, and a plot that could conceivably go anywhere.

Midnight Sky gets a 10/10, for leaving an aftertaste far superior to dog steak!