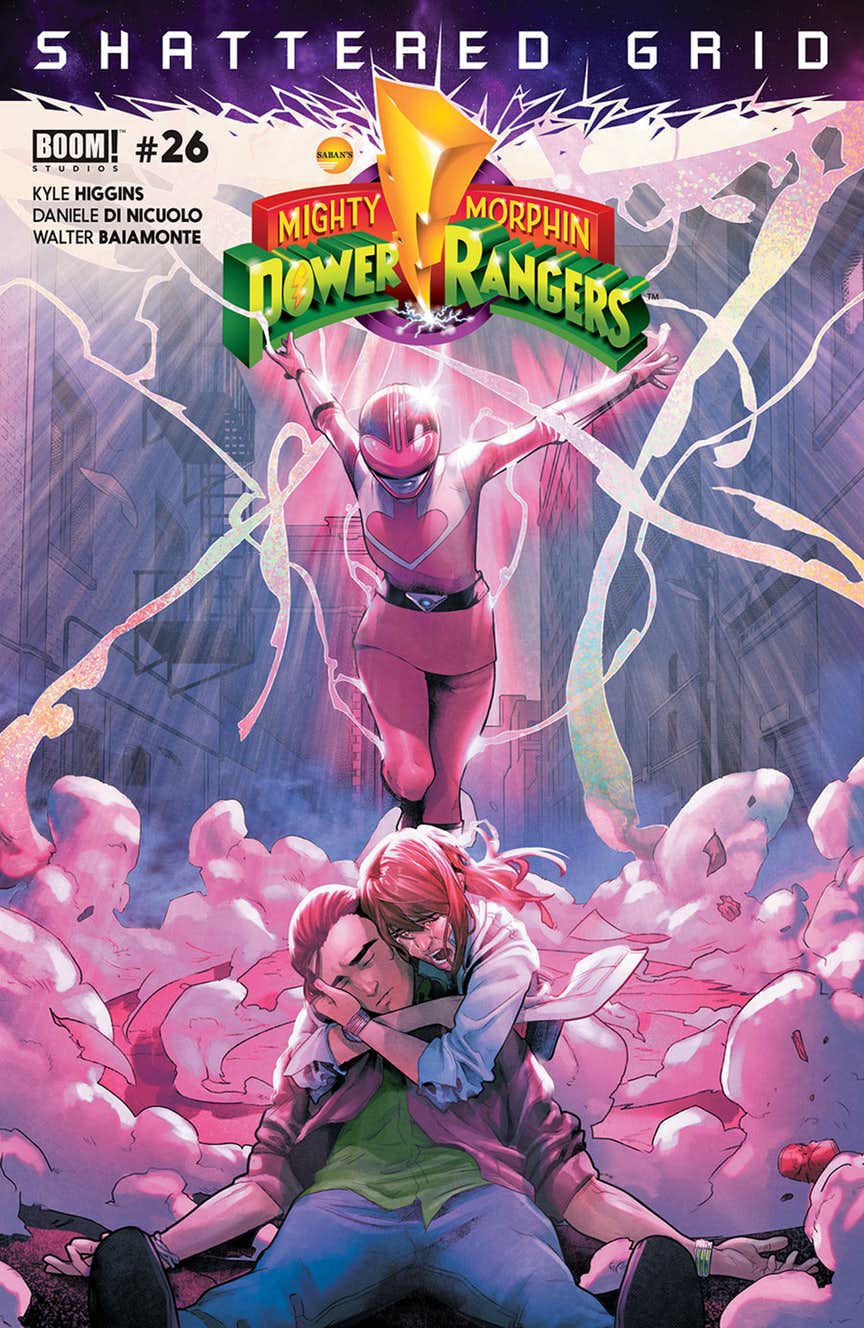 The Shattered Grid event in Mighty Morphin Power Rangers continues to pull no punches as the team grieves over a major loss to the team. This was a blow to the team I wasn’t really expecting to happen, as it’s something that has rarely happened to anyone in the franchise. The way the issue has them handle their grief is done exceptionally as well as they have to accept what has happened and move forward fast with Drakkon moving forward with his plans for dominance in the universe. One of my favorite parts of power rangers has always been seeing them come back when they’re at their lowest but what we’re getting here is more than just that. I’m actually excited to see what will happen to other members of the different ranger team that we’ll get to see throughout this event. Since this is a whole different canon for the power rangers and its fans to experience, I hope the creative team is given full range to go as far as they need to.

Universe shattering events are nothing new for a lot of comic fans. Even major crossovers aren’t new for power ranger fans. They certainly feel like they are taking things to a new level for fans of the franchise and the first steps in this event seem to push these characters harder than ever before. We’re also getting a chance to see Drakkon take the reigns over new territory and this will only help solidify how much of a threat he is not only to our main power ranger team but to the rest of the universe itself. I actually hope we even get to see something like the United Alliance of Evil which was a gathering of many major villains and how they may view Drakkon. Maybe we’ll get to see a resurrection of the Psycho Rangers adopted and brought under control with Drakkon. There are a lot of endless possibilities with the rich history they have at their grasp here.

Mighty Morphin Power Rangers’ new issue is revving up with the beginning of the team meeting other rangers as they are left struggling with a tyrant who is inching closer towards his goals. I’m sure the power rangers will win in the end, but at what cost? So much has happened already and we don’t know what is to come next.