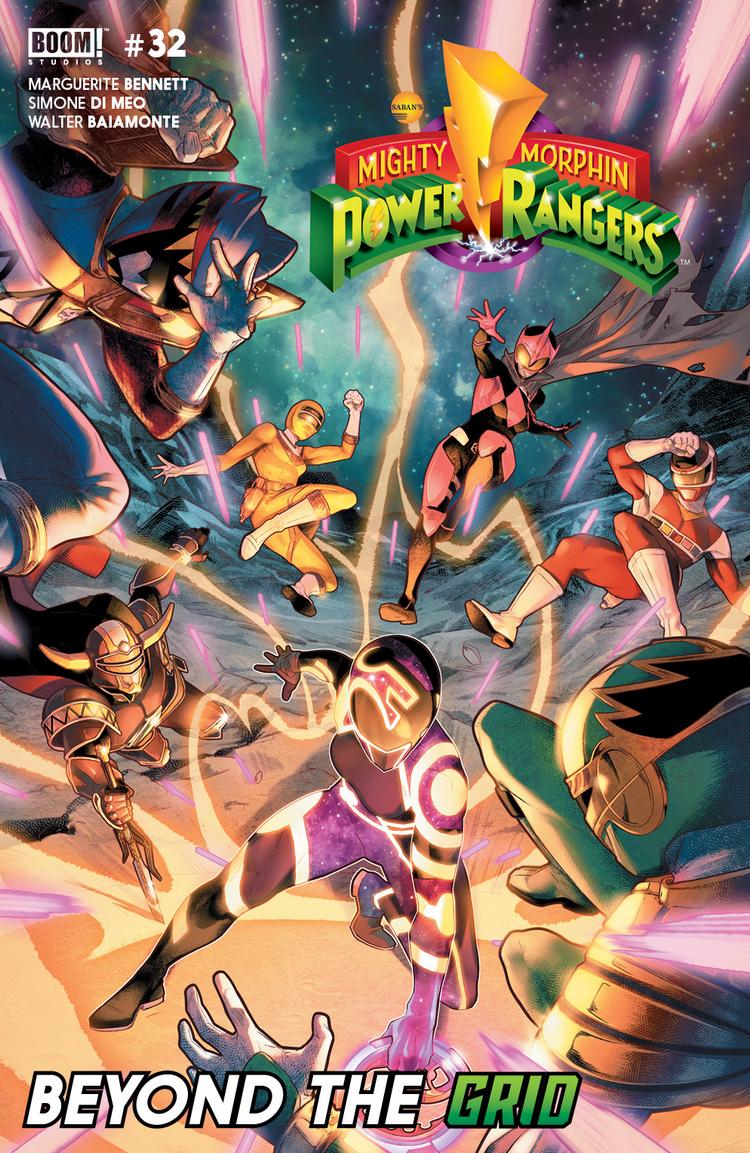 Last time in Mighty Morphin Power Rangers our team was lost in space with little resources left as they search for a way home. Hopes were high when they came in contact with another ranger but that didn’t last long. On top of that, their ship was invaded by a group of aliens and they aren’t here to help either. Now we see our team of which most are unable to morph to save each other and the ship. The issue opens up with a fantastic brawl as they are using all that they have to push back these invaders led by a new villain dubbed Praetor.

Seeing the rangers fight is always fun, but its, when they aren’t morphed and continue to fight that, we get to see something truly special because of how much effort they have to put into it. There are some small gripes between a few of the members, but they don’t let that stop them from doing what’s best for everyone. I also like how we don’t really have an appointed leader. Kimberly is a strong choice given her experience and so is Andros because of how familiar he is with the cosmos. We also find out a bit more of our mysterious ranger whose name is Ari. She’s on a personal mission to protect the power that she has and explains why she initially attacked after the some of the power rangers found her. I do think it’s interesting that they’re adding another ranger into this story as we already have plenty as it is. What’s making this arc really enjoyable is how cosmic they are going with it.

I can’t help but continue to enjoy the art team on this series. We had some changes recently but it still looks great as it has in all of the previous issues.  The costumes always look spot on and the coloring just makes everything pop really nicely. This franchise just fits so right in comics. Panels are done creatively in certain sequences like the action panels or the morphing sequence. Even though it’s still light-hearted, there’s still a lot of weight on these characters and the situations they find themselves in are taken very seriously. The run has mostly been pretty grounded with the fights taken on Earth but now we’re finally seeing the space epic that power rangers has also been known for and it’s looking to be exciting as the new villain makes his presence known.