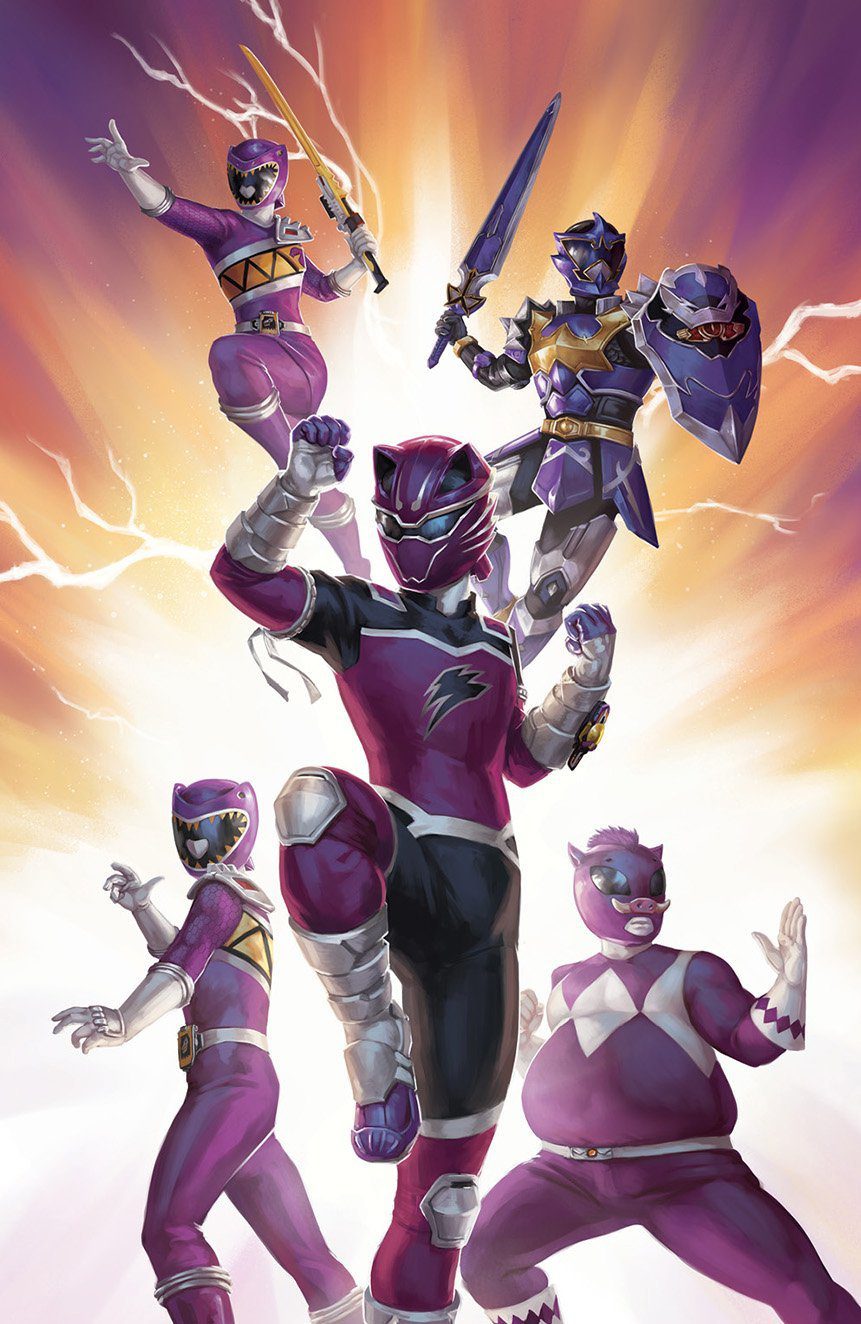 The new standalone issue of Mighty Morphin Power Rangers brings us the origin story of Heckyl. Fans of the Dino Charge series will know him but to me, he is very new as I have not watched the series in many years. He briefly explains how he was a villain before and how he has also come to power. I don’t want to go too much into what his origin is because I did find it quite enjoyable and the decision-making moments, he makes for himself should be experienced by the readers. It has a very good beat that even though some may find it predictable on some parts, it doesn’t take away that we’re given a fun story focusing on just one of the rangers.  What also makes it great and I do hope we see more of it, are the ways Bennett give readers more information on characters that some may not be familiar with because they never watched the series that they were from on TV. The support that is shown to him by his teammates is very heartwarming and is definitely something he needs as he continues to always move forward from his internal battles with his past.  Even though many may not forgive you for things you’ve done, including yourself.  It’s always up to you to take those steps forward to make yourself better for your own sake.

The art team here time and time again continue to really deliver great panels.  From the characters faces to the just the absolutely wonderful coloring that is going on here.  There is one splash page here and it just looks gorgeous.  They never fail to create such high-quality art.  Even though we only have a very brief moment of action here, it’s still presented as if Heckyl is full of rush and adrenaline just so that he can prevent something terrible from happening.  There are even some moral dilemmas brought up in the issue which to me shows layers that these characters really have.  Power Rangers is always about a team and even though we have a solo story here, in the end, we see that it’s a team that will help Heckyl as he continues his journey for a better life and sometimes all it takes is just talking to someone.