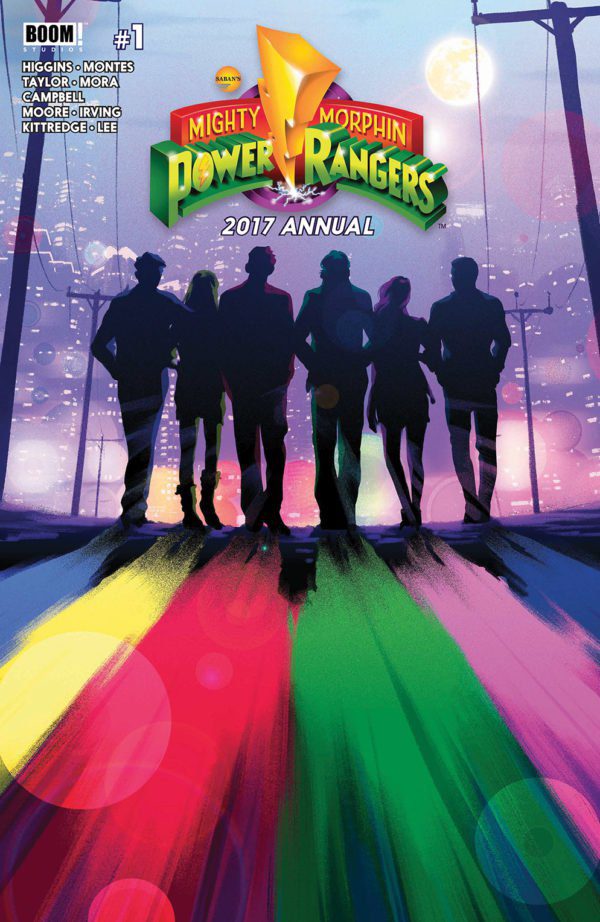 Come on..admit it, you were humming the theme song before you even started reading this review, I know it was pretty much stuck in my head the whole time I was reading the Annual. Yes, folks, our favorite Angel Grove teenagers have their own series now and I personally couldn’t be happier. I’ve loved the Power Rangers since I was a kid so when they finally made it to the comic book shelves, I couldn’t be happier.

The Annual is a great little jumping on point for anyone wanting to read the continuing series when it hits the shelveJuly july. Instead of one story throughout the Annual, it has 5 mini stories that don’t seem to be linked and are basically just getting the reader back into the swing of things regarding the Good Guys and the Bad Guys. What I really liked about this book is the fact it stayed true to the original Power Ranger lore (if that’s what you want to call it) original cast with no unfamiliar characters to throw the reader off. 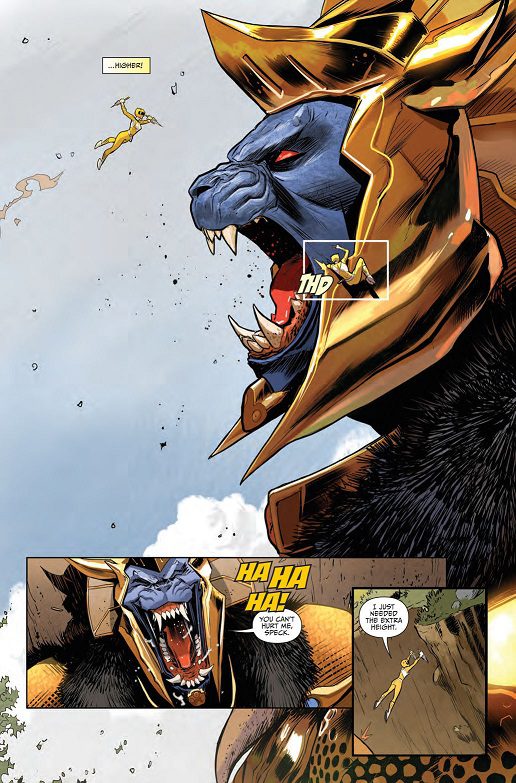 Nothing is continuous in the book and it jumps from Character to Character depending on the story, in general, the stories are quite light hearted apart from maybe Tommy’s story and the Monster Makers Finster which are a tad darker.

There is a range of fantastic writers and illustrators who have put their name to the Annual including Jamal Campbell and Dajung Lee, all of them guaranteeing that the annual stayed true to the Power Rangers roots. All the characters have been illustrated brilliantly with a good resemblance to the classic TV show but with the added factor of more depth to the characters and more background to their origin and how they came to ber who they were.

My only grumble (and it’s a small one) is that because the stories were small and fleeting, things in the stories were very rushed, it was s sort of middle then end scenario a lot. I think cramming 5 stories into one book maybe a good idea at times but on this occasion, I would have preferred maybe just 2 or 3 stories with a beginning, middle and end.

All in all Power Rangers is a great little read for those new to the series and those who have grown up with it. A mix of serious and not so serious stories keeps the comic interesting and certainly left me wanting more.