The Mighty Weapons of Thor

#SDCC2017 blessed us with many gems of brilliance for geeks worldwide. The upcoming film Thor: Ragnarok promised to deliver action, comedy, and a heavy dose of mythology. Ragnarok is the final battle of the gods and Thor has been left without a weapon. I renewed my Marvel Unlimited subscription to dive into some of the God of Thunder’s favorite melee toys in this short list:

The battle standard for Thor with an exotic name that literally means “that which smashes”. In the Marvel Comics, the hammer was forged by the Dwarves of Nidavellir in seventeen weeks and its construction may have been the catalyst that destroyed the dinosaurs. The hammer grants countless powers to its wielder including flight, teleportation, weather manipulation, and energy projection. Most notably, it is enchanted with a plot-convenient spell which only allows the “worthy” to be able to lift it. The standards for worthiness have always seemed vague and fluid, but they come in handy whenever an explanation if required on the fly for why a character can or cannot wield it. Though the weapon is nearly invincible, it has been damaged or even broken on occasion. 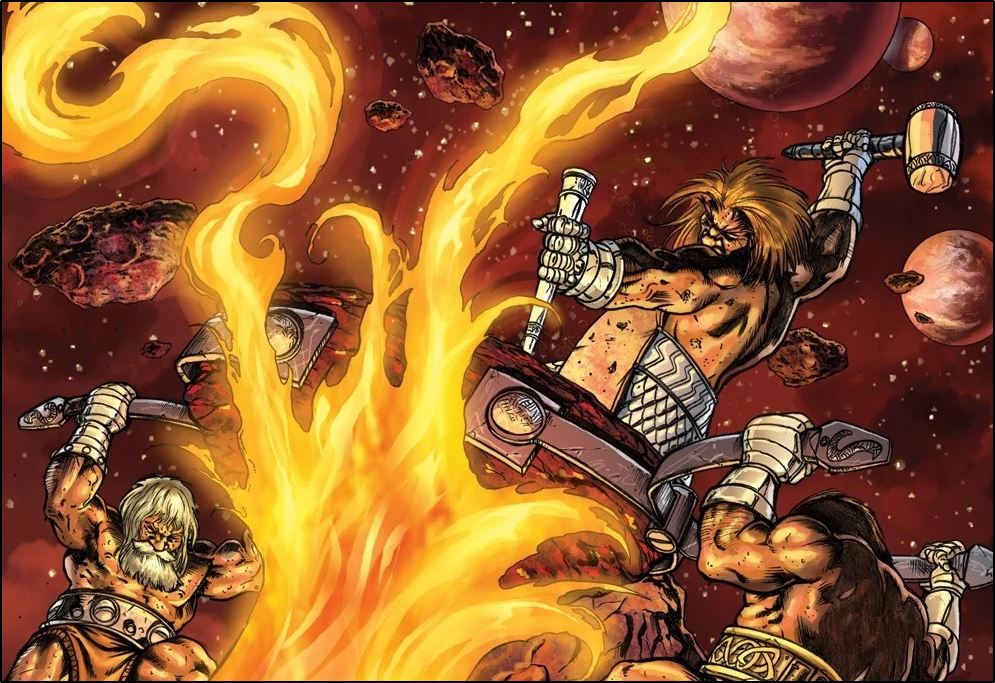 We already know in Ragnarok that Thor’s hammer is destroyed by Hela. This may leave him looking for another blunt object in which to wreak havoc in a final battle of the gods. In the comics, Thor’s primary weapon has been destroyed or lost leaving him to look for alternatives, such as: 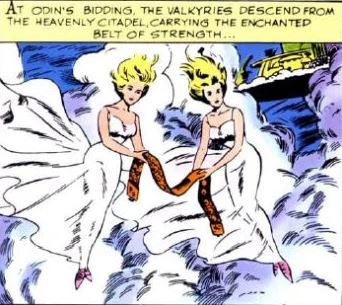 As part of the Norse mythology, the Megingjord is the mystic belt of power worn by Thor. When worn in battle and used in concert with his mighty hammer, Thor’s powers increased exponentially. In Marvel Comics, Thor used the belt when trapped by a sorcerer named Sandu in Journey into Mystery #91. The Ultimate comics introduced a mechanical version of this belt which allowed Thor to access his powers through technology. Most recently, there was a brief mention of the “magic belt” during the moving day scene during Spider-Man: Homecoming by Happy Hogan. Could Megingjord be waiting for Thor on earth for Averngers: Infinity War? He would have to reclaim his original hammer in order to reach his full power, which another article on The GWW has more information on. Finding the belt would be in the thunder god’s best interest as even he would need every bit of help possible in the upcoming war with Thanos and the gauntlet.

Have you seen this:
Wandavision Season 1, Episodes 1-3 (Review) 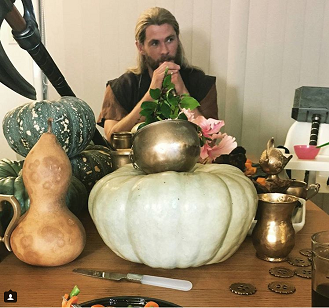 Before Mjolnir, there was Jarnbjorn. This battle axe was also forged by Dwarven smiths though it was less elegant and refined than Thor’s trademark hammer. For centuries, the Odinson used it to slay trolls, dragons, and frost giants. Though it lacked the energy projection, flight capabilities, or other magical features of Mjolnir, the axe was super-sharp and highly durable. Thor used it in the days before he acquired the hammer and then again after he was deemed unworthy to wield Mjolnir in Marvel comics. During the 11th century, Thor blessed the axe with his own blood which gave it the power to pierce the hide of the Celestials. We’ve already seen one Celestial in the form of Ego in the MCU, and Star-Lord is half-Celestial himself. If Thor goes much longer without Mjolnir, it’s possible he may reach back into his closet for this weapon in the MCU as well. Certain images from Infinity War have shown him wielding a weapon in battle with a much longer shaft, which could suggest Jarnbjorn will appear! 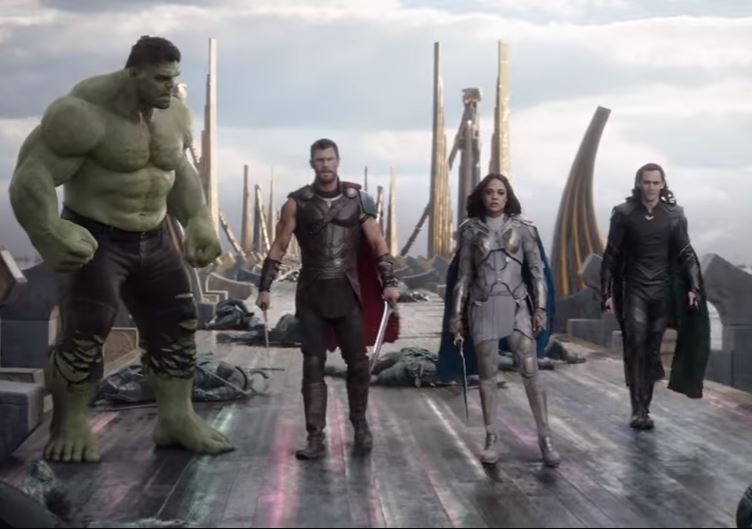 The trailer for Ragnarok depicted Thor wielding twin-bladed swords. It’s possible he picked them up in the fighting pits with his mace (more on that next entry) as they appeared to be on his back when facing off with Gladiator Hulk. In the comics, Thor is no stranger to swords. Ultimate Thor utilized one in the battle to rescue Valkyrie from the Netherworld during the Ultimatum storyline. But most notably, Thor used a massive blade called the Odinsword. The legend behind this blade stated that, if it was ever drawn, then “the end of the universe is at hand.” Another Odinsword was introduced in the Fear Itself event with its true name later revealed to be…Ragnarok. Thor stated in the trailer that Ragnarok would be “the end of everything.” All of this rhetoric fits the mythology of the various Odinswords. Thor is also shown to be wielding two swords in the trailer when facing off with Hela and his team on the Rainbow Bridge of Asgard.

Have you seen this:
Change My Mind #111: CMM Debate Club - Nicolas Cage 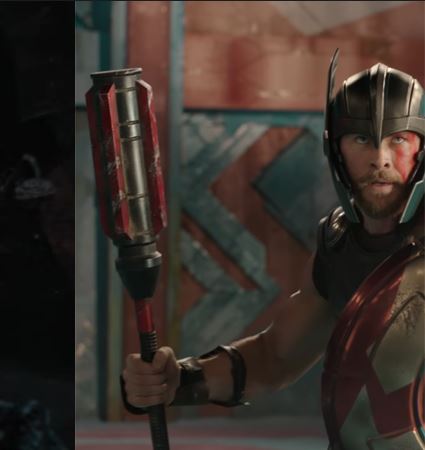 The Thunderstrike is not Thor’s weapon, technically. In the comics, it was a mace created as a sort of copy of Mjolnir made by Odin for Eric Masterson. Masterson once proved himself worthy of wielding Mjolnir. When the real Thor returned and reclaimed his weapon from Eric, Odin bequeathed the Thunderstrike mace to him as a reward for his valor. Thunderstrike is worth mentioning here because Thor uses a mace in the trailers when facing off in the gladiatorial games with the Hulk. 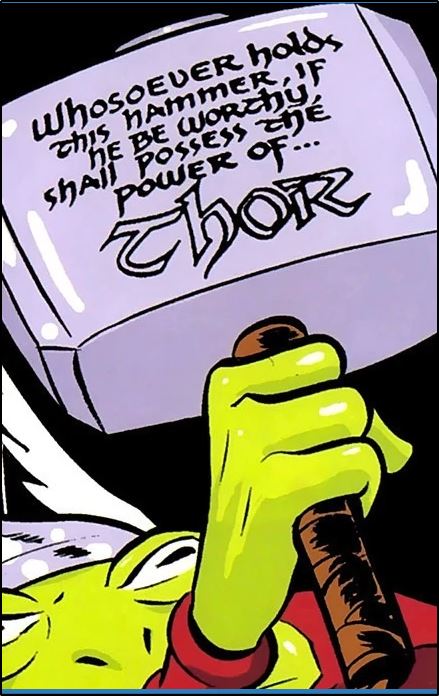 This story is unlikely to make the cut in the MCU universe even as a post-credits scene. But the powers of Thor were once contained in the body of a human named Simon Walterson, who was then turned into a frog named Puddlegulp and THEN given the powers of Thor. In 2009’s Lockjaw and the Pet Avengers #1, the young hopper Puddlegulp and his allies fought a valiant battle for their frog pond against their mortal enemies, the rodents. Thor had been transformed into a frog at that point by Loki, because apparently he was bored on a Saturday afternoon. All the frogs watched in awe as the thunder god wielded Mjolnir in the form of an Asgardian Amphibian. Thor departed as a small fragment of Mjolnir was chipped from the “unbreakable” hammer by the mighty goat, Toothgnasher’s hoof. Puddlegulp managed to lift the sliver of silver and became Throg, the Frog of Thunder and the wielder of the newly formed hammer Frogjolnir. Throg used the hammer to defend his animal friends with the same powers of Thor and brought frequent summer showers to the Pet Avengers Mansion. 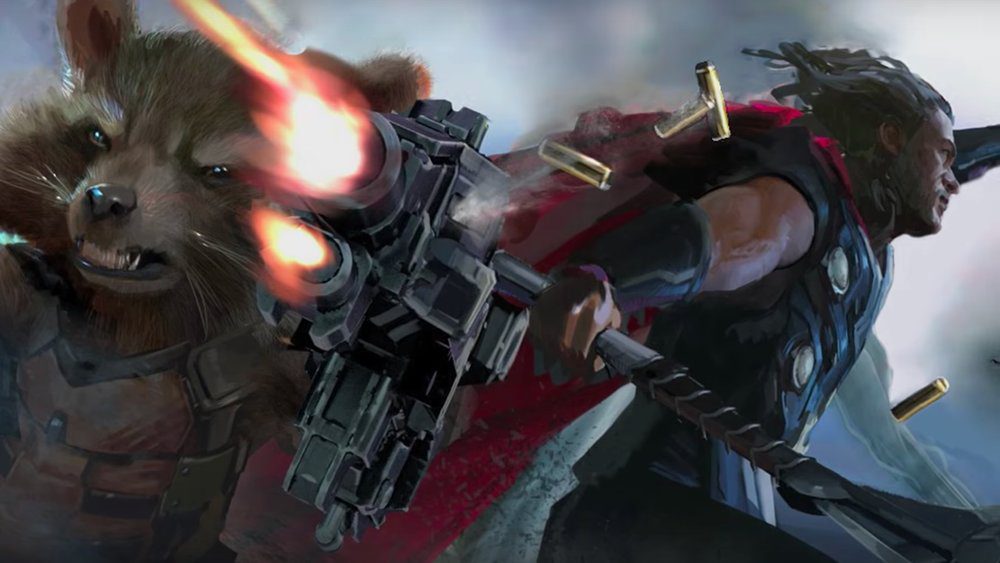 Sound off! What other weapons do YOU think Thor might utilize after losing his hammer in Ragnarok? Tweet me @JSandlinWriter. My book Outbreak Mutiny: Alternate History. With Superheroes. Is available now on Amazon in ebook and paperback: amzn.to/2rElrKz