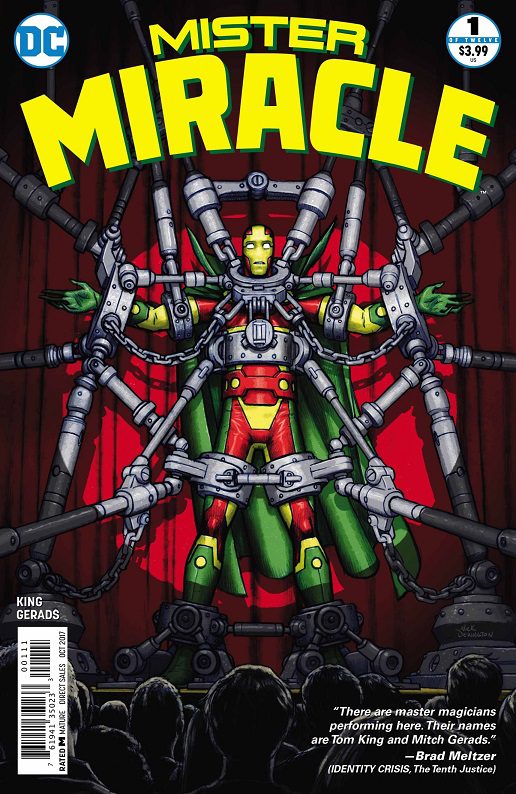 Scott Free is hurt, badly. As he’s transported to the hospital and he deals with his own convalescence, we are given an intimate look into the psyche of a man who has lived his life without fear of consequences. With Barda at his side, Scott is forced to deal with life on new terms. As Scott sits at home, a boom tube opens and Orion stands before him. As Scott gets a lesson from the New God that is painful to watch, Barda reminds the son of Darkseid about where he was raised and by whom. The beating causes Scott to question the events happening around him. The next scene of him seemingly giving an interview after the accident and Godfrey’s questions blur those lines even further.

As Scott and Barda spend time at the beach, Scott is given information from Highfather about Darkseid and his quest for the Anti-Life Equation. The scene 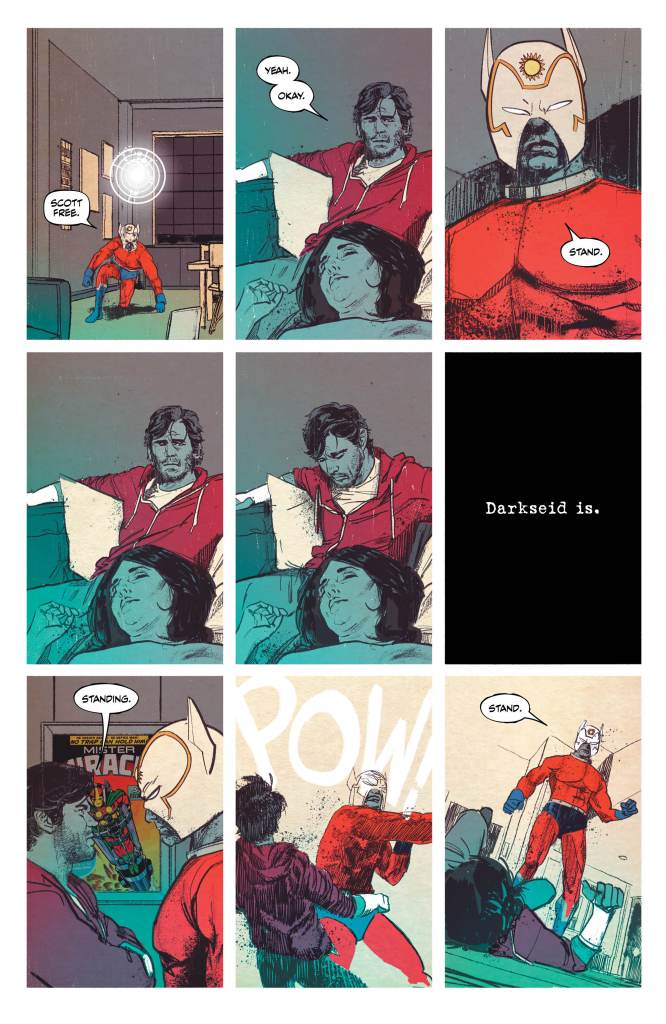 then shifts to Oberon telling him about something that makes him once again question the reality that he finds himself in.

The world’s greatest escape artist feels trapped and as the reader, we do as well. There is an uneasiness to everything that makes every moment tense and every scene worth questioning. Even the end of this first issue opens the door to so many new questions that I had to read the issue again in order to pick up things I might have missed.

One of the things that is enjoyable about this comic is that you feel as if you are a part of the narrative. Every twist and turn in the story made me feel as if I were on the same journey as Scott. King has done a really good job of setting up this premise of Scott possibly being in the ultimate trap and the visuals by Gerads only enhance the mystery as you search for clues in the panels to something you might have missed. There is an underlying unknown at the heart of Mister Miracle that I really want to see play out and I can’t wait for the next issue.