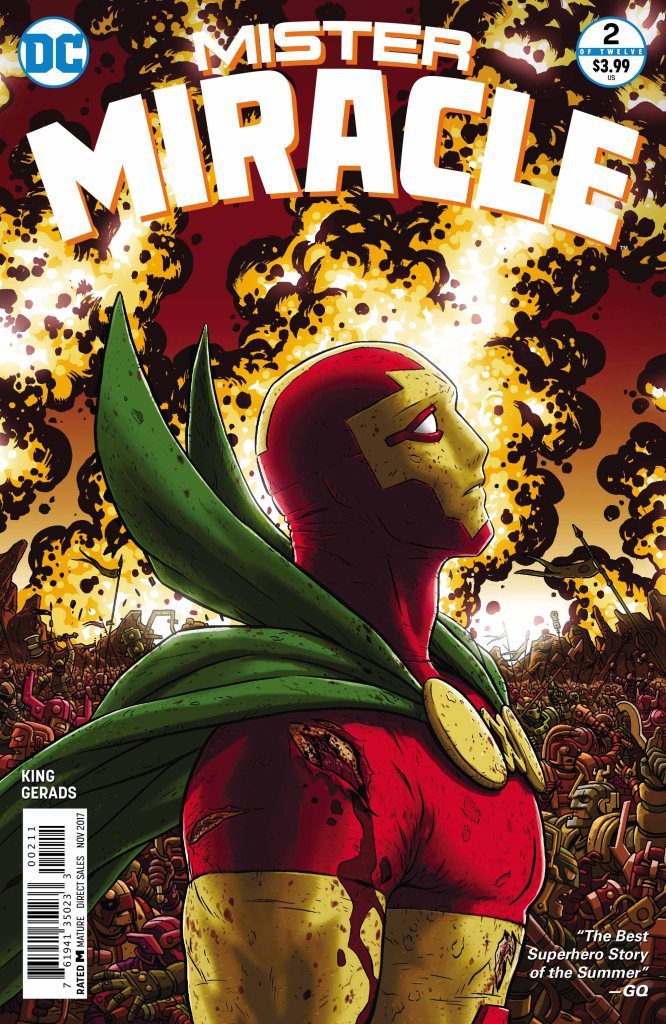 Scott Free is at war. Now a General in the army of New Genesis, Scott is sent on a series of missions to drive back the forces of Darkseid. Unfortunately, the endless war and constant battles have taken their toll on the once free-spirited Scott and each subsequent battle seems like more of the same. As he and Barda reflect and regroup, both of them seem to find their circumstances getting stranger and stranger as they greet the new Highfather, Orion.

As Orion imposes some new protocols in the great hall, he decides to let Scott and Barda in on part of his plan. He has decided to send them after Granny 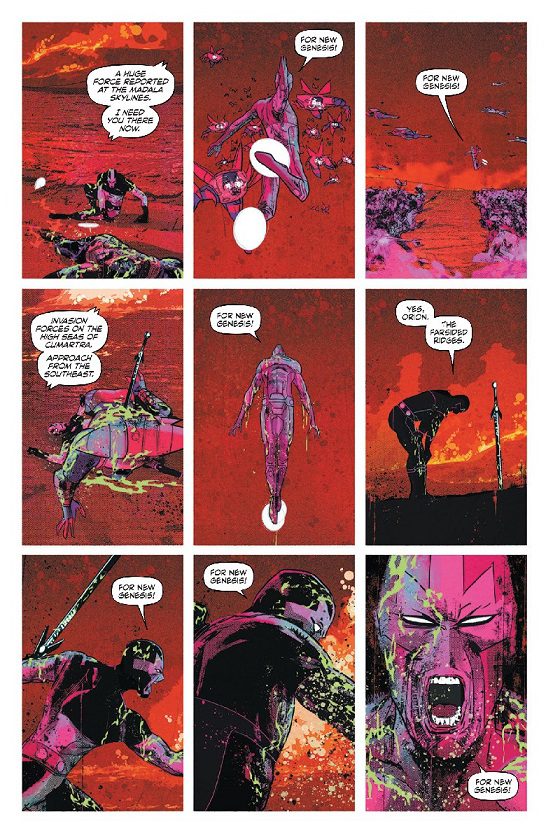 Goodness. As Scott reflects on the dangerous mission ahead of him, he and Barda are visited by Metron, who leaves a cryptic message for Scott before disappearing. As the pair confront Granny at her camp, there is a strange and almost sweet familiarity that she shows to them. It is both disarming and disturbing as she brings them into her tent for a meal. It’s a surrealistic moment that doesn’t prepare you for the violence that follows and feeds into the feeling that something isn’t right about Scott’s entire world.

I continue to be fascinated by this story. King is really taking his time with it and it is paying off. Between the surreal moments and exposition there are subtle things in the dialogue and visuals that keep the reader off-guard and disoriented in almost the same way Scott is. Gerads is amazing at conveying that in the art. For a limited series to flesh out the story the way this is continues to be a bold choice and one that is fascinating for the reader.