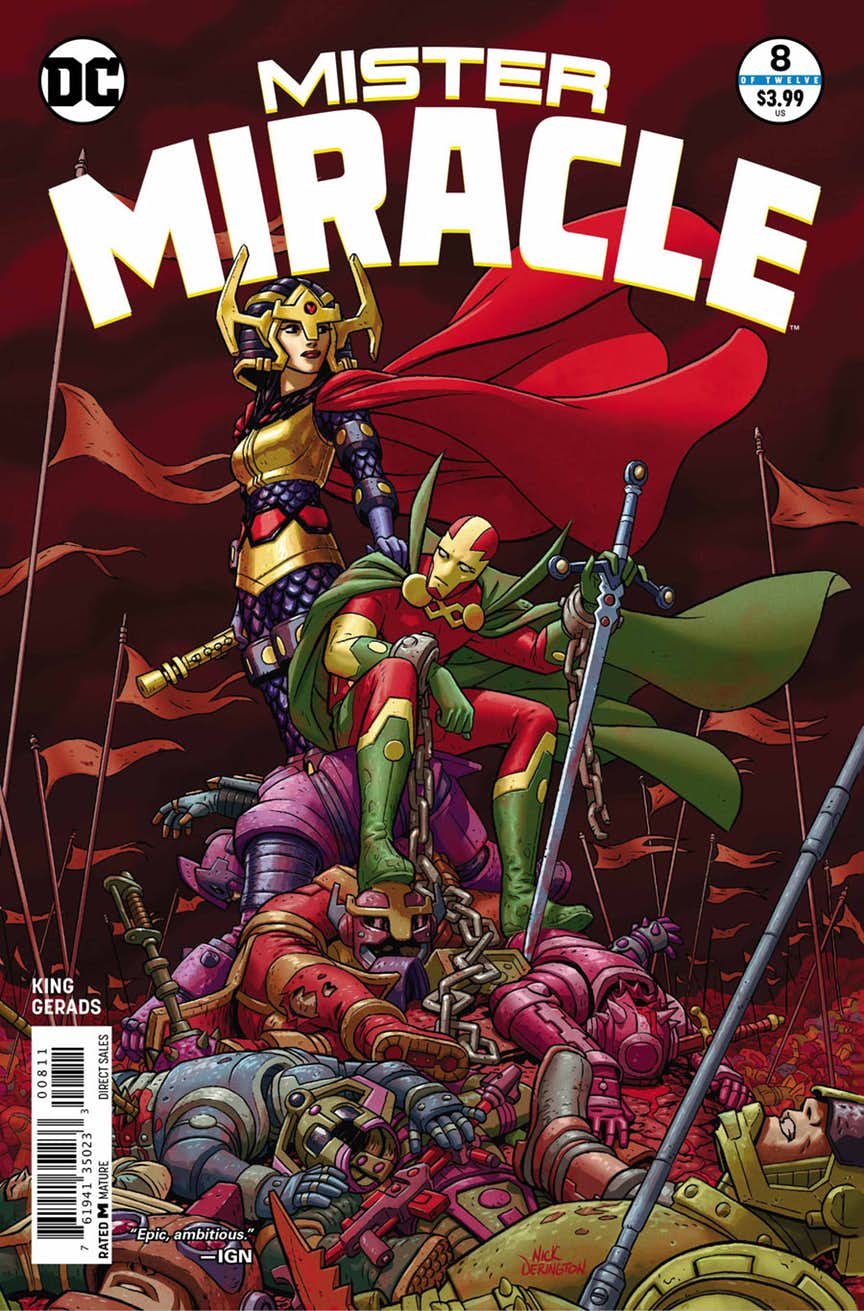 Mister Miracle must now adapt to not only being the new Highfather of New Genisis but being a father to his baby as well.

This issue was a bit of a lull compared to the past few, but it had a lot of great moments. The back and forth between Scott Free watching over his son and fighting of Darkseid’s army was really interesting. Tom King did a great job of ramping up the tension, I don’t know how Scott didn’t snap. Showing what appeared to be a baby Parademon mourning it’s dead parent was an effective way to show the contrast between Mister Miracle’s life of war and raising a child. There was some hilarious stuff with Funky Flashman, him giving the baby nicknames was adorable. Though he’s quite the sketchy character to enlist in helping watch your kid. If he’s still alive that is, he didn’t look so great last we saw him and Scott’s mind has been playing tricks him throughout the series. I’m happy with the issue but not a lot happened.

There are only a few issues left in this series, and I’m not seeing a lot more places it can go, so it’s definitely winding down. Tom King knows how to write endings so I’m confident he has something good planned, but this story felt a little stretched thin. Though she was heard from, Big Barda was never seen which was somewhat disappointing.

The art was fantastic, particularly the panels that featured Scott at war. Due to the use of the grid, even one page feels like its packed with a lot going on. There’s something about the way Mitch Gerads is drawing the parenting scenes that is so charming. On the flip side, the war panels have been absolutely brutal. Wonderful work all around.

Mister Miracle has done such a good job of keeping readers off-balance throughout, leaving us wondering what’s going to happen next, but this was different. It was solid but it was also pretty much expected following the prior chapter. It almost feels harsh to expect something different and amazing every month, but this series has delivered just that so far. I had a lot of fun with this issue, but I just wish I had a better idea of where this series is going.