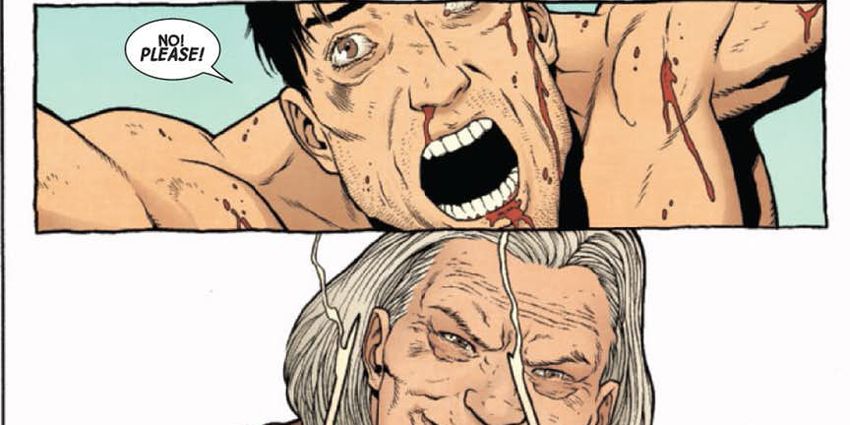 This is Issue #6 of the Crazy Runs in the Family storyline. I saw that the crazy really does run in the family. Just not the way I was thinking. His daughter has such a strong mind and it’s clear that she can save the day without her physical presence even necessary. Can Marc find a way to get out of this and save his daughter and wife? The answer is ‘The Power of Crazy’ as its put. No one has ever wanted to be insane as much as he does right now.

Moon Knight feels totally defeated and it was 75% mental. Yeah, he gets his a*s handed to him in a fight but it’s his own mind that’s the true enemy. Once all of the personalities inside of Marc’s Brain team up to save him, the ball is in his court. He finally found something worth fighting for. The one true part of him he knows is real. It’s his daughter. He won’t lose her as fast as he’s finally found her. She loves him and even prays to Khonshu because he believes in him as a god. Once she gives him the will to live, he embraces all the parts of him to defeat the enemy. 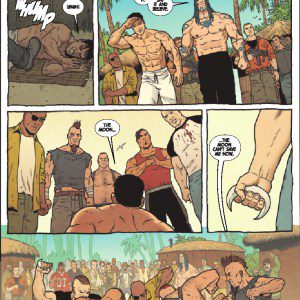 Issue 193 answers the questions I had in the previous issue. Mostly anyway. He caught himself questioning if The Sun God was right about everything. Right away I was thinking, thank god he finds the truth. I immediately read the dialogue and art that Marc was an actual person on his own. He was torn but not because all of his personalities, but because he was merely a man. A broken one. The fact that it took the others in his head who were speaking and letting him know he was strong enough and that the American God was real and living inside of him m for a reason. He’s the he true Moon Knight. When I saw him break out and embrace I’m his true nature to was smitten. The fact that he truly understood there are reasons for this so-called disease to watch him accept this fact was truly amazing as it played on the pages. The fact that Ra immediately bent the knee showed the true strength and nature of Moon Knight. I’m really curious to see who will follow know him. The cover art as always is just as good as what I see in the pages. I am really enjoying this title through and through.

Have you seen this:
GeekOPedia: Nottingham Launch

#Comics Crazy Runs in the Family Marvel Comics max bemis Moon Knight
Are you an Insider?News, reviews, & updates are just the beginning.