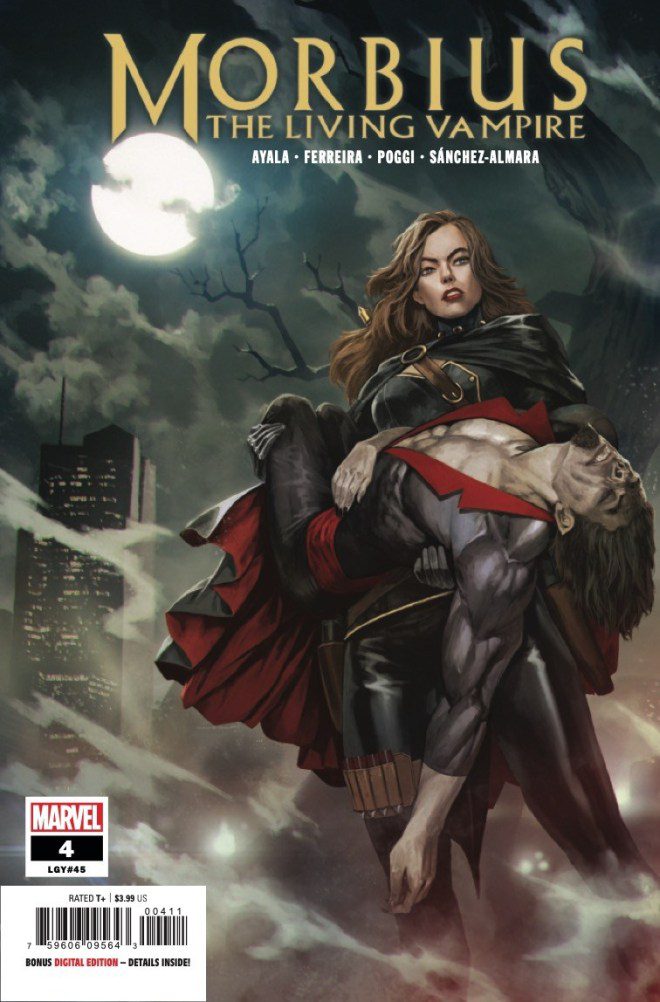 Vampires. Appropriately right up my alley. I’ve been a horror fan since birth (which is why I am always confused as to why 4 year old me had her eyes closed while riding the Haunted Mansion).

All I know is Morbius is a Vampire, and meets Spider-Man at some point. Clearly I am such a know-it-all about Morbius, right? Regardless, I thoroughly enjoyed this issue of this Morbius comic series. Showing his childhood, and his connection to this new female character who wants him dead, was interesting, and surely showed the more humane side to this human gone monster. I was sad to see Morbius losing his battle against his affliction, but hopefully there will be more issues where his monstrous affliction will at least be lessened some. I mean, we still want Morbius as a vampire, no?

Spider-man was a bit of a background character in this issue, which made me wonder why he was even there. He added nothing to the story, except as a means of adding dialogue and trying to defend Morbius - which didn’t occur very much. Elizabeth and Michael Morbius are the real stars in this issue.

Fighting and action often make for an exciting issue, but this more heartfelt story driven issue was certainly a break from the action, and was beautiful to read.

Marvel morbius
Add your voice!Join the conversation on Discord...
Join Our Discord