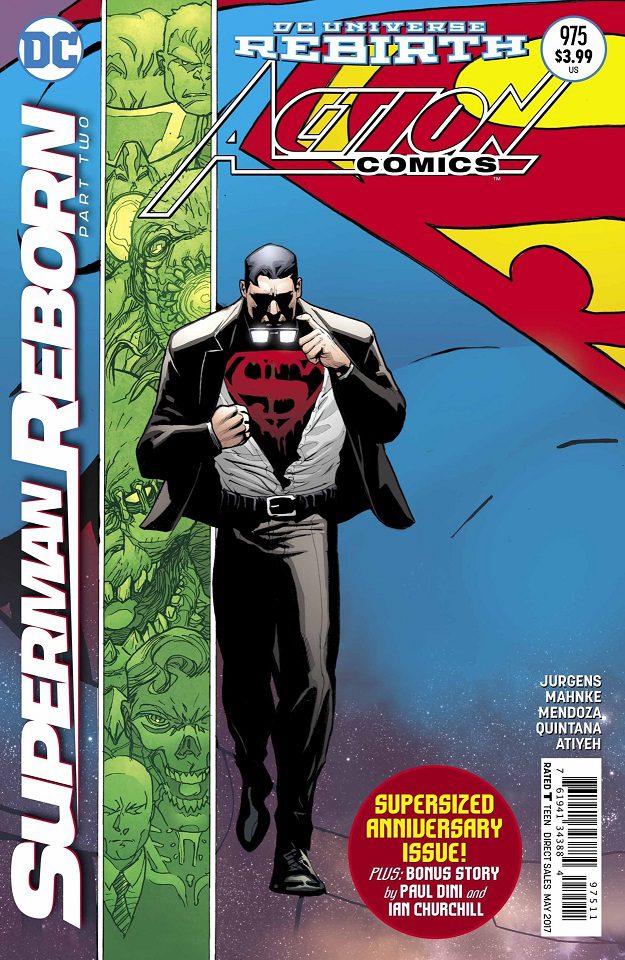 For the price of one issue, DC’s Action Comics #975 provides almost two full length tales that progress and expand the mystery around the other Clark Kent. Readers do find out about the mystery of the second Clark and witness an excellent return of a classic character. Rather than provide a main story and a side story to honor the 975th issue, readers get two stories that are central to the plot.

The first story picks up right from Superman #18 and keeps the  sense of urgency in the narrative moving forward. Superman and Lois confront the fake Clark at his apartment. After a series of events that highlight Superman’s most powerful villains, the fake Clark Kent is finally revealed. And by doing so, writer Dan Jurgens implies power is greater than simply physical strength. 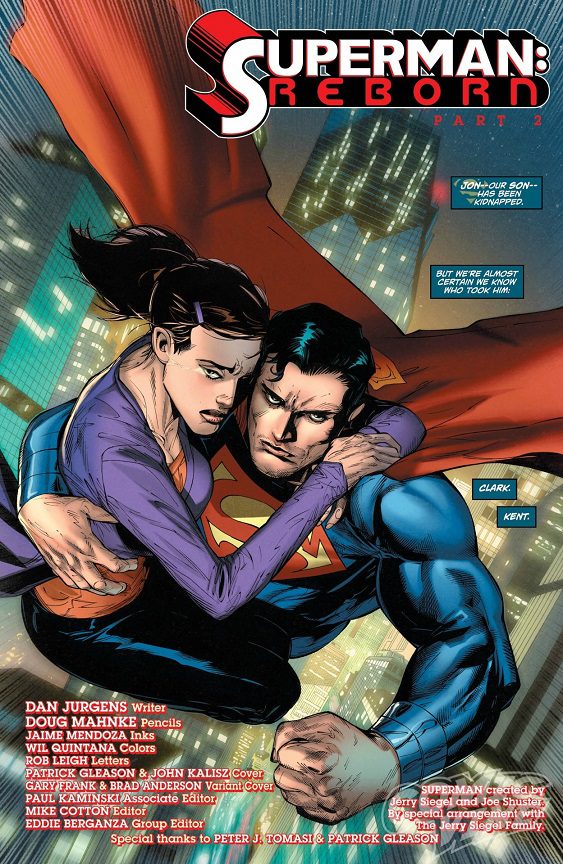 light and even unsatisfying. Dini’s story creates both the back story of how the fake Clark Kent came to be and the motivations behind the villain’s actions. This story is told through flashbacks and images through a conversation between the villain and the captive Jon. Dini’s approach to this humanizes the villain in a that this character has rarely been portrayed. The villain’s justifications for his kidnapping almost become rationale. Why this character felt betrayed by Superman is a result of The New 52 and Rebirth and is an excellently crafted plot point that connects DC’s past to its present.

Ian Churchill’s art in the second half of the issue deserves praise. He uses a variety of art styles to invoke the character’s past and  captures the look and feel of that comic age. The body shapes and expressions match the time period. Churchill also captures the villain’s change in mood and tone throughout the issue through excellent use of facial details and body language.

The character at the heart of this issue is well considered and the groundwork for the return appears to even been laid during the Convergence story lines. There were changes to the post Crisis on Infinite Earths timeline mentioned during Jurgens’ Superman: Lois and Clark series that are tied back together in this issue. A specific change that was made post Crisis is referenced, but astute readers may catch a number of other references. Beyond these references, Dini’s second tale also connects this plot to another ongoing mystery of Jurgens Action Comics run.

Complex, dangerous, yet still fun. Action Comics #975 delivers some of the the best comic book value available. Beyond dollar value, DC’s commitment to every other week shipping ensures a sense of momentum to this story line. The mysterious fake Clark Kent has created a compelling narrative and this issue delivers in both spectacle with Jergen’s story and emotion with Dini’s tale.