When I was a young gamer, sports, and fighting games were what I consumed most, mostly because they allowed me to play with my friends. A favorite around the console was always the more Arcade-type sports games like NBA Jam and Blitz. But my personal favorite was an outlier that took the arcade sports genre in a horrifically fun direction. Mutant League Football,  was a blast to play on the Sega Genesis. It offered the fun fantastical gameplay of games like Blitz but with a uniquely out of this world setting as the teams consisted of monsters, demons, zombies, and mutants. Mutant League was fun because it offered the experience of a Madden while also allowing for outlandish things, like traps, bribing the rep and special powers/plays.  It was a blast that never took itself too seriously but scratched that sports simulator itch. 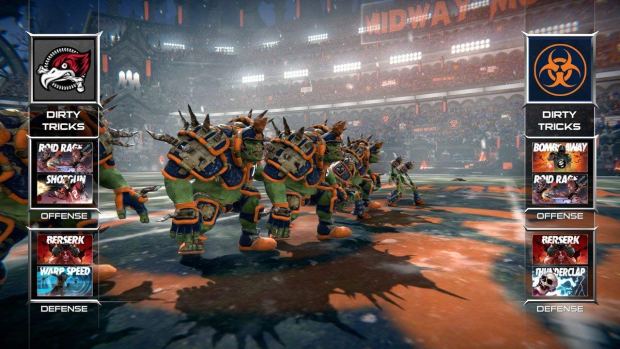 To my surprise, the Mutant League Football franchise was revived recently by Digital Dreams Entertainment and they have brought the mayhem to the Nintendo Switch in Mutant League Football: Dynasty Edition. Due to time constraints and the fact I am a father of 2 tikes, I haven’t got to spend a ton of hours with MLF, but I wanted to give my initial impressions as I play through the game and its different modes. When I booted up the game my first thought was, wow this is taking forever to load. The initial loading time is a bit long and may immediately put you off, luckily the loading times do speed up, but everytime you boot up the game you will wait for a few minutes as it loads.

The game itself so far is fine, not great, not terrible, but a fun way to hit the gridiron and kill a little time. Mutant League Football is a serviceable experience that doesn’t offer anything really spectacular. The graphics, are very last gen and aren’t done any favors on the Nintendo Switch hardware. The Gameplay is fun and perfectly represents the arcade sports genre but gets bogged down by an oversized rooster and the need for intensive team management. This is most prevalent in the Dynasty mode as to succeed you must not only win the games but manage your rooster in a variety of ways including resurrecting dead players. It increases the simulation factor but takes away from the fun as it’s overly complicated with clunky menus. The whole time I’m adding XP points to players, making trades, or picking up free agents, all I could think was, “I just want to play some football.” 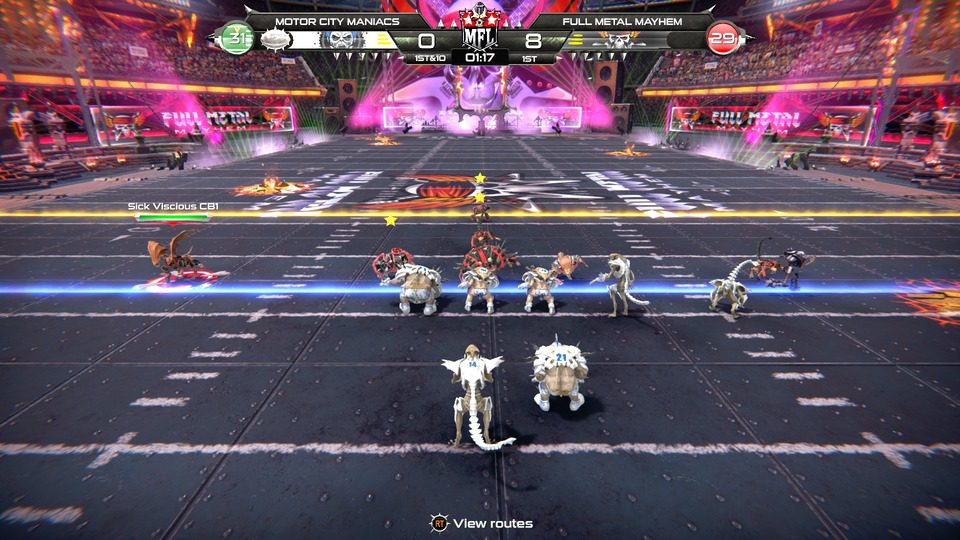 If you looking for a lasting experience out of cooperative play online,  your only real option here is the Dynasty mode. For such an outlandish sports game, its lacking in creative gameplay modes that could potentially high characters, abilities or the surrounding world that would allow such a brutal sport. But unfortunately, we are left with typical gameplay modes that you’ve seen in every Madden game for the past 10 years.

Mutant League Football: Dynasty Edition so far has been a lot of fun when I’m actually on the field. The different races, abilities, and interactions make for an engaging and uniquely violent football experience. The standout factors like Killing the ref and traps return and are still as fun as ever but so far everything else about the game feels a bit lacking.  Long load times, lack of modes, and a menu system that hinders its Dynasty Mode, if you not already a fan of MLF this probably won’t win you over. Longtime fans of the series have probably already picked this up on Steam but if you haven’t and want a fun, arcade-style gridiron experience I think Mutant League Football can quench your thirst.

Mutant League Football: Dynasty Edition is available now in North America, and at a $30.00 price tag it’s definitely worth a look this holiday season.