Neon Chrome is developed and published by 10tons Ltd the same folks behind the games JYDGE and Crimsonland. This game is a top-down, twin-stick, roguelite with a heavy dose of Bladerunner, a sprinkle of Diehard and a dash of Dredd the movie.

Your mission, should you choose to accept it (frankly, what else do you have to do?) is to hack into a massive tower known as ‘Neon Chrome’ and save the city by taking down its ruler from the comfort of your home. The nice gentleman who runs the tower is named The Overseer, an elected man that has enslaved thousands. You start off the game sitting in your chair where you are able to take control over one of three avatars with special abilities and weapons. 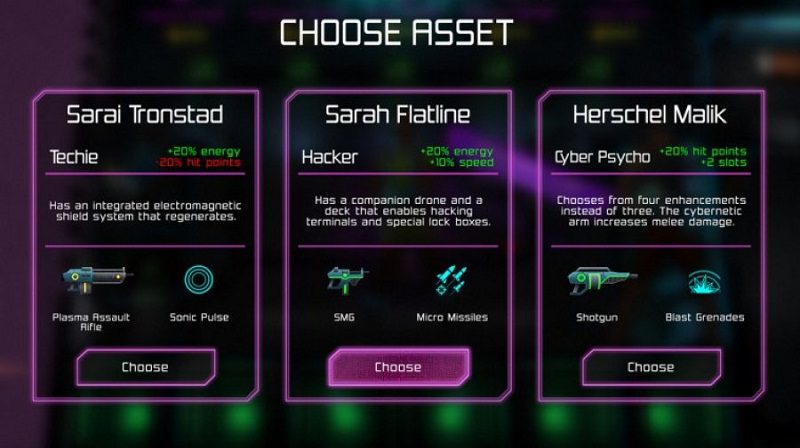 When you start the game the entire tower is procedurally generated which means that every time you start a new game, the layout of Neon Chrome will change. There is a good mix of walls that can be destroyed, monsters and enemies to kill, traps to avoid, and robot drones to “turn off”. If your selected character/avatar dies, you still retain their weapons and stats. You can use cash that you earn in the game towards various stat boosters such as health, luck, or energy. There are plenty of cybernetic enhancements to increase the skills of your avatar making combat somewhat easier for your avatar. 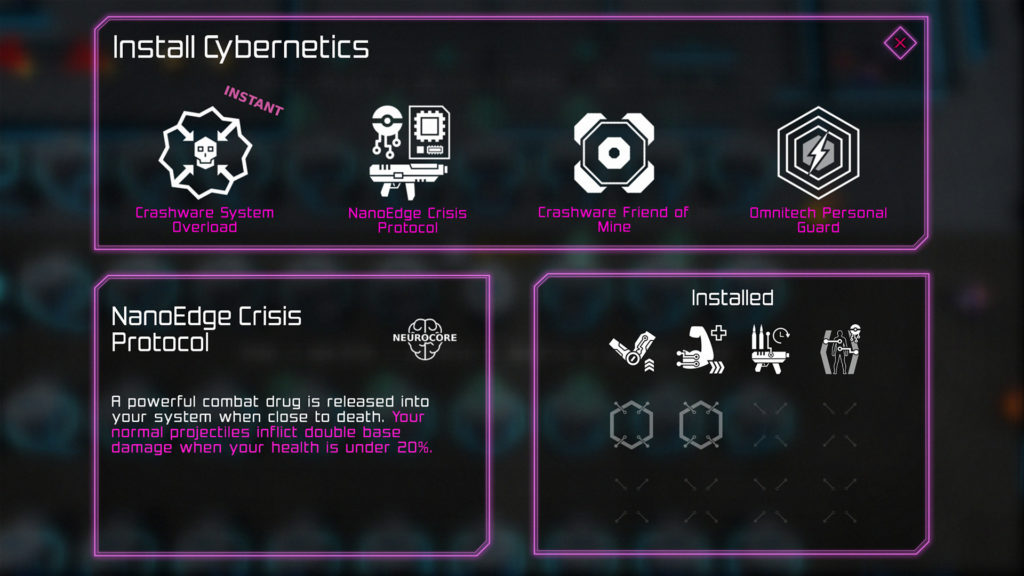 The game does not have a fantastic story, instead, it trades story for straight-up action, and I’m ok with that. The presentation of the game is very pretty, with again, it being very reminiscent of a mashup of Die Hard and Dredd. You won’t experience the greatest story of the ages, but you will feel that you are a part of destroying Neon Chrome’s overseer should you make it that far. The soundtrack to the game is of course synth-based, and it doesn’t disappoint me at all. I really enjoy it and would have no problem listening to it outside of the game.

Engaging enemies gives you a lot of different choices, stealth kills, or straight up brute force. Since we’re just controlling an avatar and not an actual human I don’t mind going balls to the wall and just unleashing a ton of firepower, who needs to be quiet these days right? I haven’t noticed any graphics changes between putting it in my dock or playing on my 60″ TV. Both seem to show crisp graphics that while are minimalistic, still give off a good cyberpunk feeling. 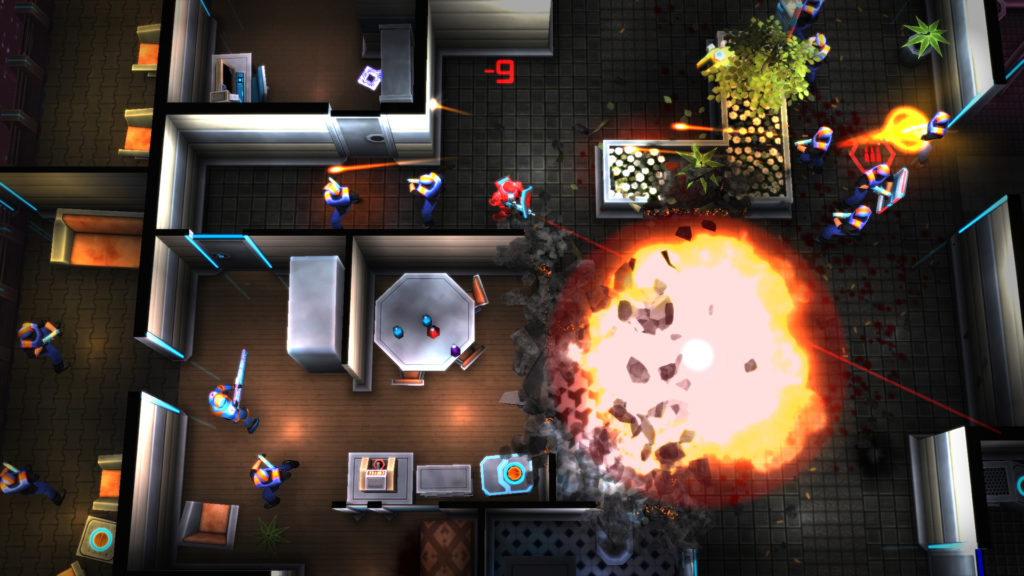 Neon Chrome supports up to a total of 4 players, allowing your friends to join in on the carnage as well. This is a fun game and I especially recommend it to those who have 2 or more people to play it with. On a scale of 1-10 I’d give it a solid 7. I’d like to see more story in this game, but for a quick pick up this game is worth it, and I think the price point is about where it should be. If it ever goes on sale for $10, I would highly recommend picking this fun game up.