Warner Bros. has announced a new collectable Blu-Ray tin set collecting all 9 films of the original Superman and Batman movies.

The Batman/Superman Anthology will be released October 17th with an MSRP of $79.99, which is a steal as that’s less than $10 a film. One could assume this is just a repackaging of already pressed Blu-Ray discs WB has been putting out for a couple years now for all the films. This would be great, if that’s the case, since they would include each respective film’s special features to top off the set.

Since this set includes the arguably “bad” films of each franchise, I’d suggest this set to die hard fans of both series’. However, this is also a great all-in-one set for fans who are new to these films or just don’t own any/all of the them. 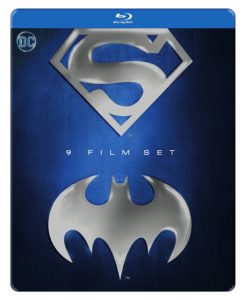 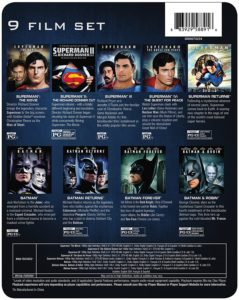