Nick’s Top 5 Most Anticipated Movies of 2018

2018 is here and that means a whole slew of new movies, here are what I’m most excited to see in theatres in the coming year. 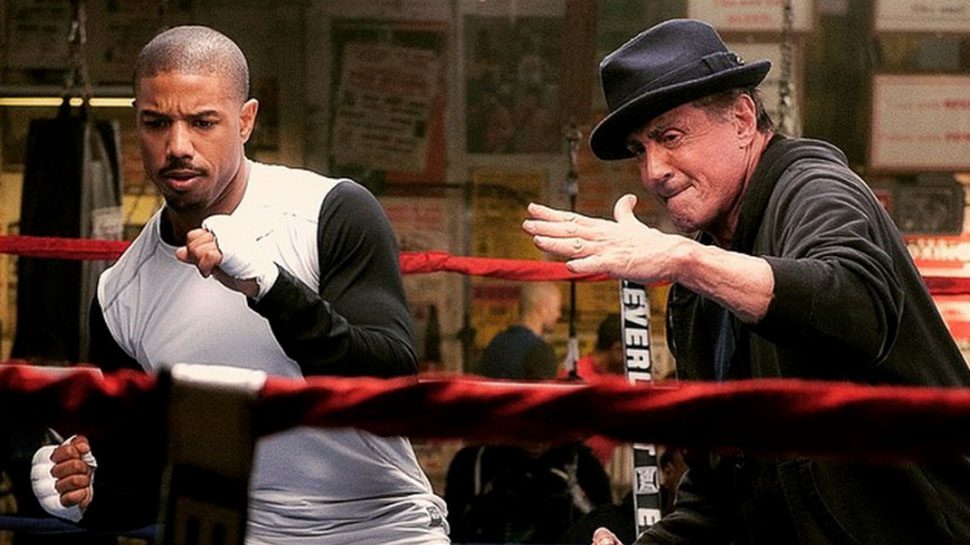 Coming in at #5 on my Top 5 list is Creed 2. Scheduled to be released on November 21st, Creed 2 is yet another boxing movie by director Sylvester Stallone. I was just thinking about the movie Creed the other day. I was so amazed by how Sylvester Stallone shot an entire fight scene in just one take. At the time, I felt it was revolutionary and now there surely would be dozens of directors attempting the same feat. Unless I missed training camp, Creed is the only movie to have done this.

Adonis Johnson, played by actor Michael B. Jordan was doing time in a detention center when Creed’s widow, Mary Anne offers to take him in. After learning his father is none other than the infamous Apollo Creed, Adonis reaches out to his father’s life-long friend, Rocky Balboa. After some encouraging, Rocky agrees to train Adonis and together, finally fight the champion “Pretty” Ricky Conlan. After losing a close fight, “Donny” Adonis Johnson receives respect from the entire boxing world just as Rocky did in his first match with Apollo Creed.

There is something powerful about movies with a positive message. With all the new movies being released, many people work in tribes. The one common denominator in every character is before they battle anyone or anything else, they must have a battle with themselves. We all have obstacles to go through in life and at times we may try to find alternative paths. Sometimes, the best path is to bite down real hard and fight your way right up the middle. Creed 2 is not only a boxing movie but a symbol of what we can all do when we believe in ourselves.

Hitting a theatre near you on February 2nd is the movie, Winchester. I admit, after seeing this was finally made into a movie, I rubbed my forehead a couple of times. Like all infamous people, Sarah Winchester’s perplexing choice to build such an odd house has opened the door to very intriguing folklore.

Sarah Winchester was the wife of William Wirt Winchester, (son of the infamous rifle maker Oliver Winchester). After Oliver’s death, he left his company with his son, William. William and Sarah’s marriage was soon struck with tragedy when their infant daughter sadly passed away. 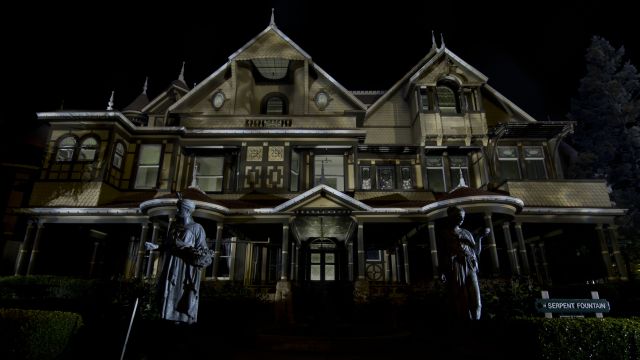 After William’s death, Sarah inherited $20 million dollars. She also acquired 48.9% of the Winchester Repeating Arms Company, and $1,000 per day. A sum of money that most people can only dream about.

However, the wealth would not ease her pain. After seeking advice from a spiritual medium, Sarah learns there is a curse on the family due to the thousands of lives the Winchester rifle claimed. Fleeing from the spirits, Sarah Winchester sells her home and moves out west to California. Believing she is guided by her dead husband’s hand, she begins around the clock construction on her house. Convinced the spirits would claim her life the moment she stopped building, she only stops when her massive fortune runs out. Hallways leading to nowhere, and doors open to nothing more than walls on the other side are only just a few examples.

If we follow the legend of the Winchester house, the idea of a tortured woman building a labyrinth inside her house to deter and confuse angry restless spirits from reaching her is a story ready to be told on the big screen. What else is intriguing are the possibilities this film has if done correctly. We can almost without a doubt, look forward to jumping out of our seats as we navigate through a house that has the potential to elevate our blood pressure and stick with us for years to come. 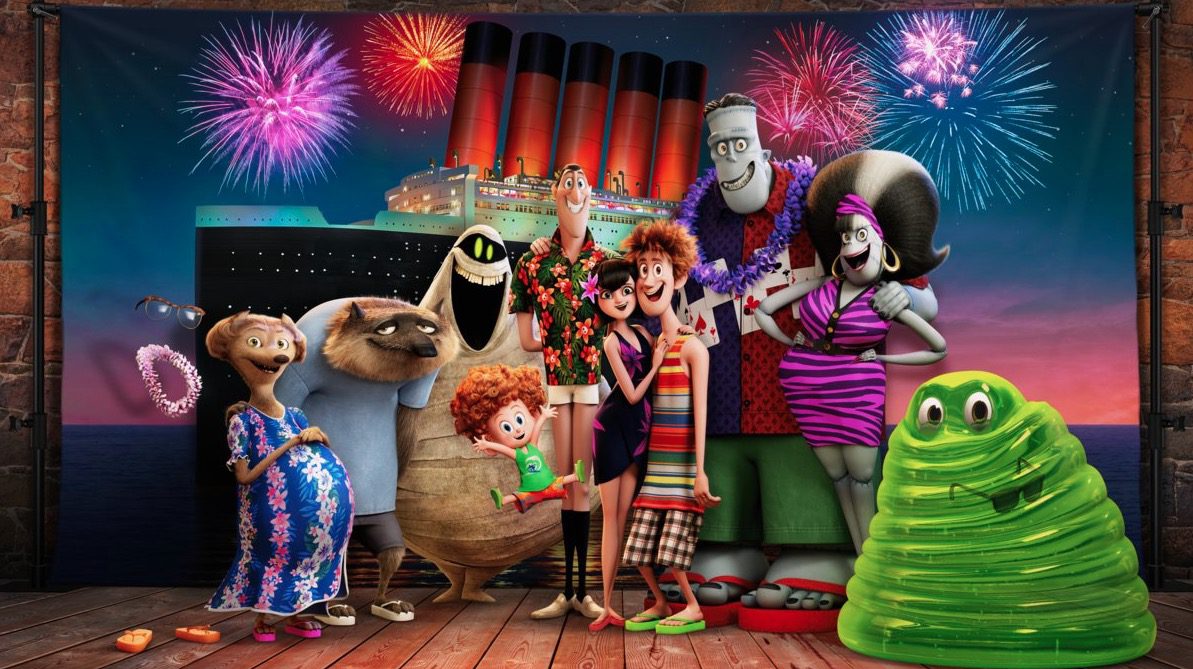 I know, I know, another sequel? Let me explain. Hotel Transylvania is unlike any movie I have ever seen. The colorful personality of Dracula who is both eccentric and charismatic is voiced by none other than the extremely talented Adam Sandler. It is so funny I laugh just thinking about Dracula and all the wacky mishaps he and his family find themselves in. Maybe some people shy away from ‘cartoons’. Trust me, I have heard both sides of the argument. This movie made my Top 5 because it is the relatable ‘adult’ humor that draws me in every time I hear there is a sequel. As I matter of fact, I can’t acknowledge Hotel Transylvania without a chuckle.

If you want a good laugh and feel cartoons do not relate to you, spend a couple of hours with Dracula and his family on a cruise ship. You may find you all have more in common than you really think. Hotel Transylvania’s release date is July 3rd.

Directed by Alex Garland, (Ex Machina) and written by Jeff Vandermeer, Annihilation has all the elements of a much needed contemporary monster movie. In his movie Ex Machina, I felt the characters could have been a bit more extreme. Something inside me tells me his second attempt at establishing an ethereal synergy with his audience will be successful the second time around.

In Annihilation, a biologist (played by Natalie Portman) along with 3 other female team members are sent into a quarantined piece of the United States known as Area X. 11 teams, sent by the government, all have failed. It is up to the biologist and her team to enter Area X and get to the bottom of what monster is lurking inside.

From watching the trailer, the concept of Annihilation seems very compelling. The entity within Area X seems to have the ability to manipulate the basic properties of nature, which is very scary. Obviously not the first person to attempt this idea, but if Mr. Garland accomplishes what I believe he envisioned in Ex Machina, then this movie is must-see. Annihilation is slated to be released on February 23rd.

1. The Maze Runner: The Death Cure

The #1 movie on my Top 5 is The Maze Runner: The Death Cure! I can remember the time I cringed when I heard words like ‘sequels and trilogies’. At one time, this was an excellent way to take an idea that worked and then turn a few more dollars by extracting the last traces of its DNA. Even today we should remain cautious of these potential stinkers, (not to name any names here but {clears throat} Taken 2 and Taken 3) do come to mind. Cliché beginning on my end, perhaps.

I feel as though we really have something in Maze Runner: The Death Cure. I admit, I never watched the first or the second movie. After searching Amazon, I discovered both The Maze Runner and Maze Runner: The Scorch Trials were a mere 3.99. After paying the equivalent of a monthly maintenance fee from my bank, I propped my feet up and binge watched both installments from film director Wes Ball. 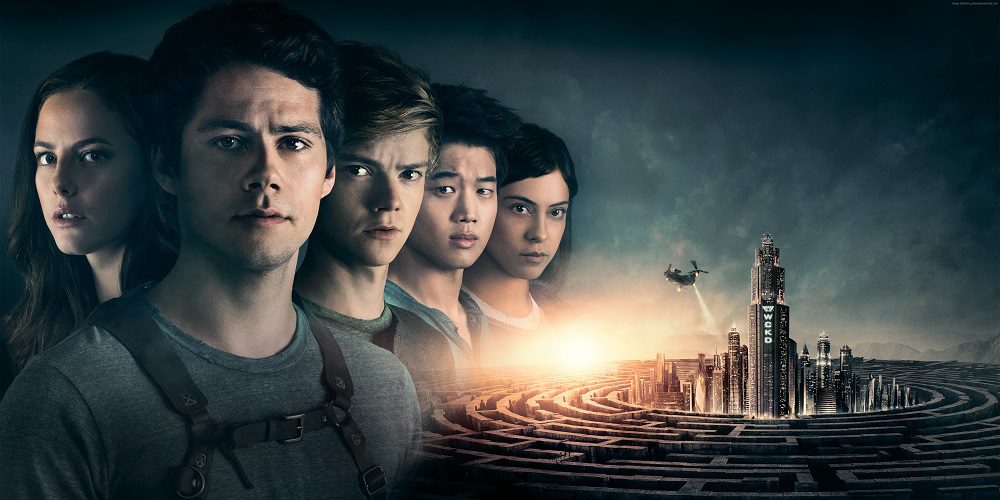 If I were to describe The Maze Runner to someone who has never watched it, it would be survival horror mixed with The Hunger Games. If you are an action/adventure fan, or if you enjoy movies where young minds team up to battle the forces of the evil adult world, then this is the movie for you. The Maze Runner trilogy is fun, harmless entertainment.

The first movie really set the tone revealing an apocalyptic world with a group of teenagers huddled together behind massive iron walls on all sides. They’re only chance to escape? Yes, you guessed it, through an iron Maze guarded by nasty elephant-sized, half machine half scorpion-like baddies. Led by a scrappy, tough boy named Thomas, death was almost certain. Not wanting to spoil anything for you weekend warriors, our tribe of brave young men and one woman battle seemingly impossible odds in search of the truth behind their mysterious imprisonment.

The Maze Runner is action-packed and does a good job delivering a storyline you can follow. Thomas, played by Actor Dylan O’Brien, does an excellent job blending old-school toughness with gritty, new school persuasion. The Maze Runner series have given themselves a great opportunity for success. After a somewhat lackluster 2nd movie, (only a brief cameo from the monsters in an embryonic state) let’s hope The Maze Runner: The Death Cure delivers what it’s promised.