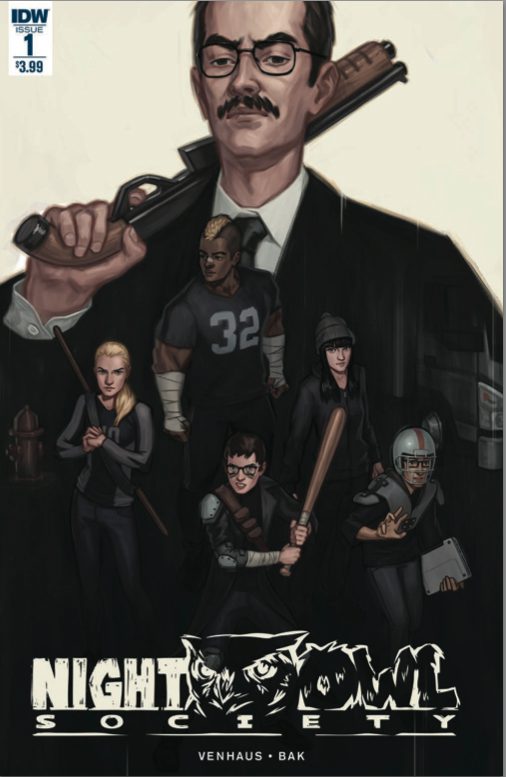 Night Owl Society originally started as a Kickstarter, but eventually made its way to IDW as a three issue limited series. In it, a high schooler named David brings together a group of friends to take on a murderous local mob boss named, The Viceroy.

This was a fun little indie comic book. The art complimented the tone of the story well, and almost every character is likable. It’s actually disappointing to hear that it will only last three issues because it feels like something that would thrive as a long running series. A lot of characters could be introduced and mysteries solved by then.

David is a typical teenager who gets picked on by jocks, who just happens to be focused on causing trouble to the man who murdered Father Shawn. David doesn’t seem particularly shy, but he doesn’t appear to have any friends. He is clearly the main character but he was the weakest part of the issue. He goes around the whole 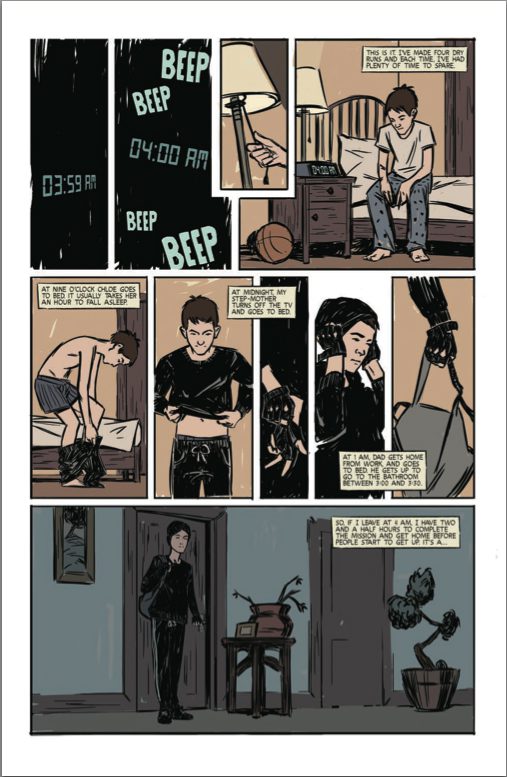 time with tunnel vision only thinking about getting back at The Viceroy for what he has done, yet the character comes off bland and lacking any sort of personality. I wanted to see the mystery of the murder unfold, but I didn’t really care about this kid. I don’t know if he’s suppose to mysterious or if he’s just a boring guy.

What makes the main characters lack of personality so odd is the fact that all the side characters were far more likable and made a far bigger impact with much less time in the comic. From the friendly jock named AJ, to the computer nerd, and to the girl who is proficient in breaking into things, they were all more interesting than David. It was actually kind of nice that this comic book wasted no time to assemble this team because I bought into them working together pretty fast. They’re all great, but AJ was my favorite. The one nice jock that didn’t beat anyone up and had a fascination with being a superhero, how could he not be?

The hints gave away the relationship between David and The Viceroy early on, which took a something away from the final reveal. Kids working to stop their parents from doing bad things are always an interesting dynamic because you have to wonder how far David will go to hurt his dad. I’d like to see an origin of The Viceroy, because he gives the impression of being a normal guy getting his hands dirty to provide for his family.

A good first issue, but I hope the main character gets to show off more of who he is as a person.