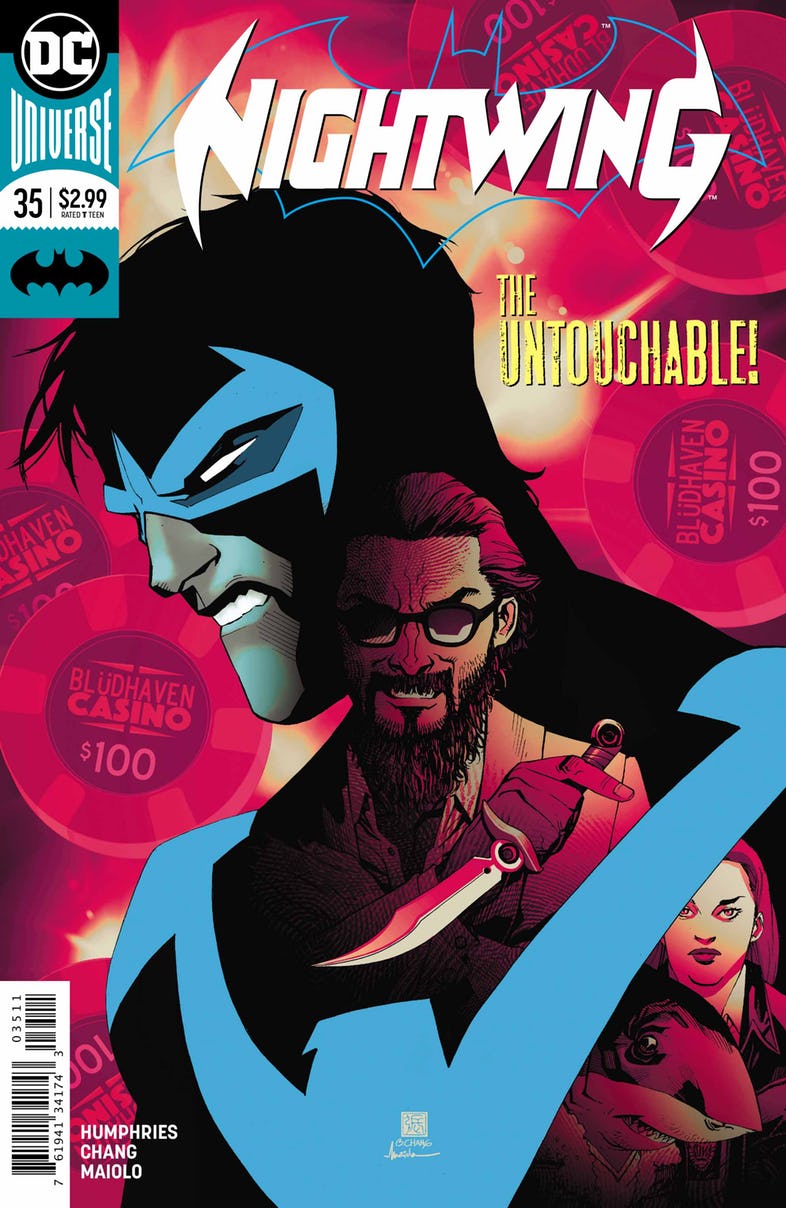 I found myself really enjoying this new issue of Nightwing. With a new writer, we begin with a new villain, or rather an old villain that I personally am not familiar with. Even with that though, I liked the very brief callbacks Dick makes to the villain dubbed The Judge from his time when he was Robin. I’m somewhat unclear how he has his victims go into complete madness to commit murder but I’m sure they’ll explain it in better detail as the arc goes on. Also, I think every city needs a Justice Tree, that was a fun goofy little landmark that brought a bit of levity to a city full of corruption and crime.The jokes are still corny in a good way, and I love how Dick is always using that to ease the situation. It feels very Spider-Man like, in a good way.

Have you seen this:
Batman: Urban Legends #6 (REVIEW) 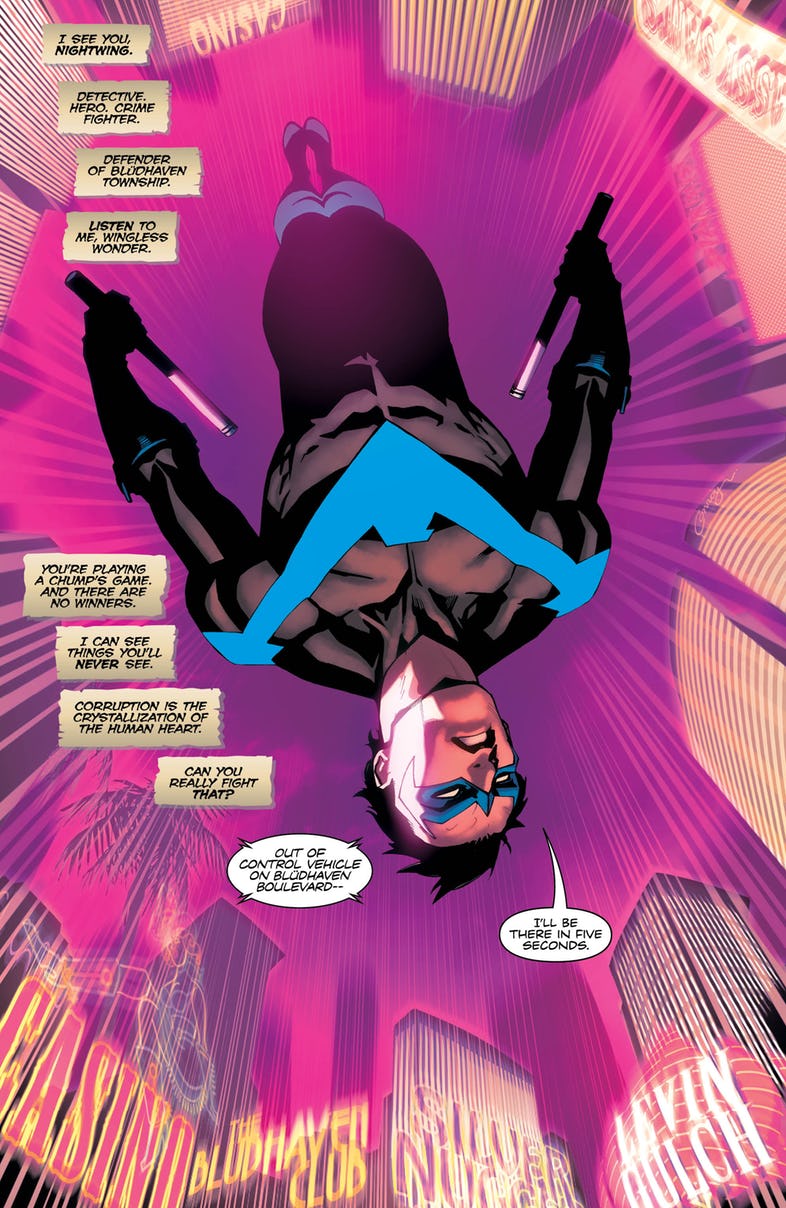 has been fantastic. She started as someone that flat out hated vigilantes but after a little push and due to certain circumstances, she has come around a bit. It’s always great seeing Nightwing work with other people and I hope this helps with some of the trust issues that he deals with himself that he acknowledges. I was also very glad to see Dick trying to continue to try and have a normal side in his life. The gym business he opens up makes sense, as he does seem to like to teach and train people, I look at those skills as being something he developed as a Teen Titan.

Dick seems to have his head on real straight as he is really focused on helping improve Blüdhaven. He and Svoboda see how the city can go bad real fast with all the casinos and trouble it attracts. Along with a mayor who is painted to be a bit crooked himself as he states everything in the city is fine and no vigilantes are needed. Saying you don’t want vigilantes is alright to say, but him stating that there is no large crime problem is where it brings me to believe that he’s wanting control for other reasons than his city’s safety.

I would’ve loved to see Defacer in this issue just to see where she and Dick are at, but aside from that. This was still a very solid issue of Nightwing. He’s still driven to stop crime, makes some jokes, tries to be normal, and shows his butt.