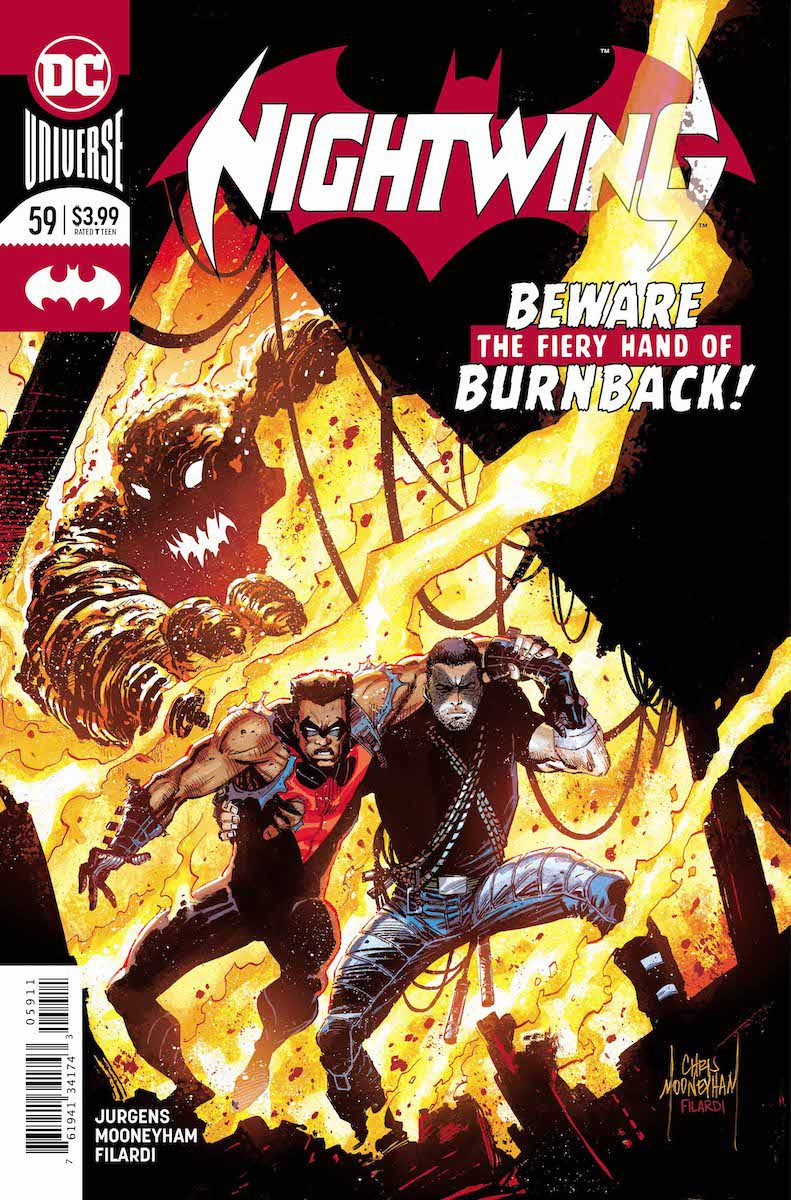 The problem in Nightwing #58 was an element of Nightwing #59, as well. However, Dan Jurgens did a much better job with that element this time around.

In Nightwing #58, there was a greater emphasis placed on the Nightwings group, rather than Ric Grayson. Unless Zak Edwards and Alphonse Sapienza are going to become villains, keep them solely as peripheral characters. Sap may be the leader and founder of the Nightwings, but there’s nothing interesting about him outside of that.

Now when it comes to Colleen Edwards and Malcolm Hutch, those two are different. It feels like those two have interesting pasts, and we got a look into Hutch’s this issue.

On a few occasions, Hutch’s departure from the police force to the fire department has been mentioned, though we knew nothing about it until Nightwing #59. We don’t get the full story about how the accident went down — like if Hutch really did anything wrong — but he certainly beats himself up over the accident that befell Sergeant Walter Stapleton.

We also see throughout the course of the issue that Hutch has some impressive moves, too. He’s not necessarily on Ric’s level, but he knows what he’s doing.

Speaking of Ric, it looks like he’s doing another thing that’s very Dick Grayson-esque. Only this time it’s not a good thing.

His girlfriend, Bea, is trying to take steps, albeit small ones, to take their relationship forward. Yet Ric is out to lunch. He’s distracted and constantly in and out — because he’s essentially Nightwing again.

For someone who said he wanted to be his own person, Ric is acting a lot like his old self.

Lastly, Yasmine Putri’s variant cover is another gem. Everything about it. (Oddly minor side note: her interpretation of Ric Grayson looks a lot like Scott Eastwood.)