Nintendo Direct returned yesterday to bring us news for upcoming titles and a few new goodies we’ll see in 2017.

First up was announced release dates of the much anticipated shooter Splatoon 2. The inklings will be hitting the shelves on July 21st and hopefully by then we’ll see a more plentifully stocked Switch supply. Along with new weapons and we will also be getting a new 4-player “Salmon Run” mode and three new Amiibo including Inkling Girl, Inkling Boy, and Inkling Squid.

In other release news, Mario Kart 8: Deluxe will be speeding onto the Switch April 28th. This enhanced port of the best-selling WiiU game will feature new characters, items, and an upgraded Battle Mode. In other Mario Kart news, it looks like a Mario Kart 8: Deluxe Switch Bundle will be in stores soon. The bundle, set only to release in Russia — for now, will include the game and the neon or gray Joy-Con options. 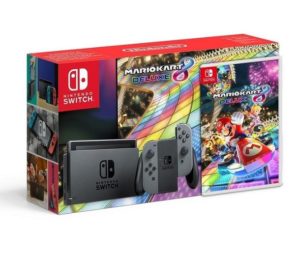 We also saw more of Nintendo’s next big property: Arms. The first person fighting game takes advantage of the unique controller capabilities of the Switch by allowing the player to use motion controls. While I’ve yet to be sold on this game, I am glad to see Nintendo trying their hand at new properties. To coincide with the June 16th release of Arms, Nintendo has also announced a new Neon Yellow Joy-Con controller and battery pack adapter. 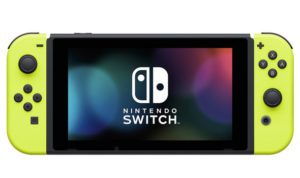 Alongside their tent-pole releases, Nintendo as set dates for an array of titles:

How do you feel about the upcoming release slate for the Nintendo Switch? What are you most excited about? Please comment in the section below and stay tuned to GWW for more Nintendo news.

games nintendo swith
Add your voice!Join the conversation on Discord...
Join Our Discord