Today we are going to review Owlboy for the Switch, a game by D-Pad Studios. Owlboy is a story-driven flying adventure game featuring gorgeous retro pixel art graphics. Owlboy is a game starring our mute friend Otus. Otus has been struggling to live up to the expectations of his brethren Owls. Being an Owl in this world is a thing of respect, courage, and dignity. Otus has had trouble representing his fellow brethren and has just looking for an opportunity to prove himself to everyone, lucky for him, such a situation is just about to arise. 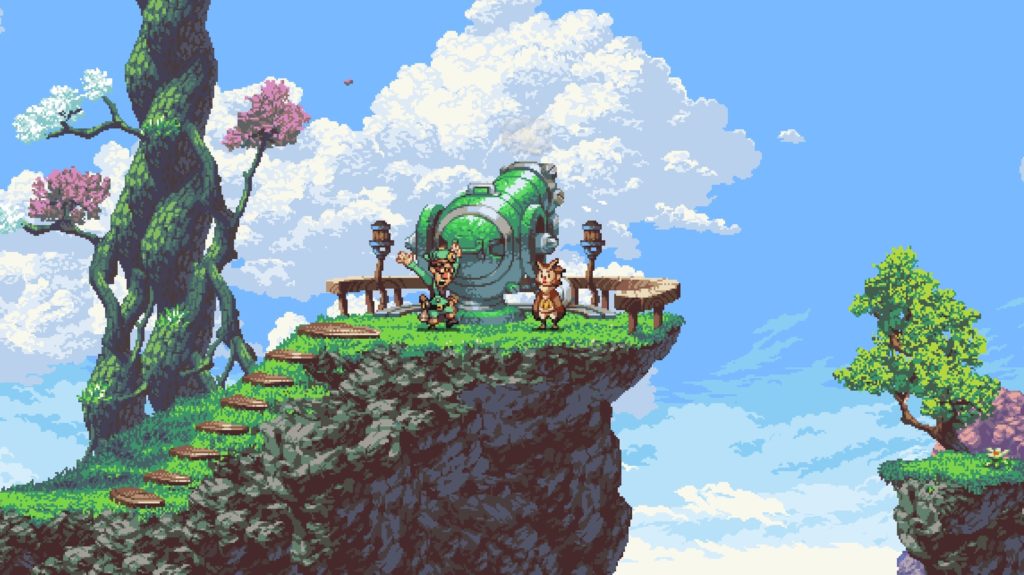 The game starts off beautifully, instead of starting off already feeling like a superstar, Owlboy humbles you quickly. You realize right off the bat that Otus is going to be an underdog. Luckily for him, it doesn’t take long to realize that despite his low standing there are others who care for Otus and want to help him along. Despite his standing, Otus is pretty strong, and can pick up his friends who will help defend Otus. Once this happens, Owlboy sort of transforms from an exploratory platform game to almost a shooter. 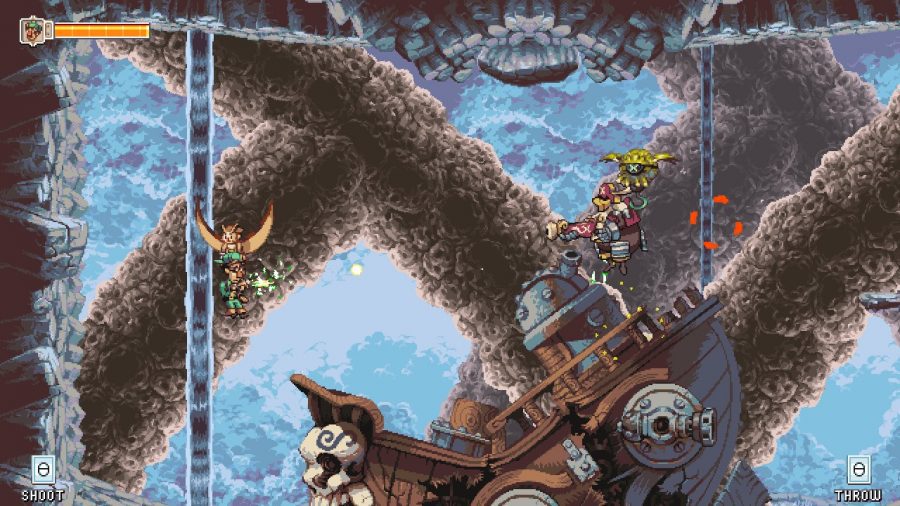 I want to talk about a few things about Owlboy. Owlboy has a slow burning story, but it is full of emotional moments, and you can’t help but pull for Otus to become the best that he could be. The things I really love about Owlboy is all the attention to detail, and how Owlboy really makes you feel a part of it’s world. There’s chock full of NPC characters for you to interact with, some are friendly towards Otus, and some are straight up bullies.

Owlboy can currently be purchased on the Nintendo E-Shop for $24.99

Overall, I think this is everything you could possibly ask for in a game, I’m going to give it a perfect ten.