‘Pirates of The Caribbean 6’ In The Works But Will Disney Finally Remove Johnny Depp From The Franchise?

While people are currently focused on what will happen with Guardians of The Galaxy 3 after the firing of James Gunn, there is another project at Walt Disney Studios that might have some issues moving forward and that is Pirates of The Caribbean 6.

We now hear progress has been made and it might actually end up happening with director Joachim Rønning expected to return (currently shooting Disney’s Maleficent 2). A script is seemingly being worked on by writers Ted Elliott, Terry Rossio, and Jeff Nathanson with production designer Nigel Phelps said to be returning as well.

Considering Joachim is busy with Maleficent 2 there is a good chance filming won’t be taking place until after that releases in late May 2020 and we assume could land a release in 2021-2022.

Now comes the big question, post-James Gunn will Disney tolerate the return of Johnny Depp in a sixth film?

Producer Jerry Bruckheimer seemingly doesn’t see any issues with Depp, stating last year to DigitalSpy that he didn’t see the franchise continuing without Depp. At the end of the day it’s a Disney property and they can do what they’d like with it. What else would Jerry say during the promotional tour?

“I just don’t see it,” says producer Jerry Bruckheimer, writing off any plans for future instalments without Captain Jack (as well as the ridiculous idea of anyone other than Depp ever playing him).

“The secret to any successful franchise is picking talented people, and Johnny is absolutely key to the success of Pirates. He’s such a unique character, such an endearing character, and such an irreverent character all in one.”

That seems to be harder and harder to swallow, even more so with fresh reports of Depp punching a crew member on his latest film leading to a lawsuit and a bizarre interview only cementing his erratic behaviour (not excluding previous domestic abuse allegations). It does seem like a good time for Walt Disney Studios to just wash their hands of him and just move forward with the franchise as weird as that sounds with Depp being the face of it.

It’s really hard to ignore that elephant in the room business-wise concerning Depp’s involvement with Pirates of The Caribbean: Dead Men Tell No Tales and the big dip the latest film took at the box office potentially due to his participation. Dead Men ended up earning globally $795 million on a budget of $230 million versus the previous installment On Stranger Tides earning a whopping $1.045 billion on a budget of $250 million, Tides being the second biggest box office earner in the franchise.

From a financial standpoint, they might not want to keep him around just because of that huge $250 million drop.

Does Disney recast the role of Jack Sparrow, create an entirely new character or do they just focus on existing pirates?

The franchise has a bunch of existing characters such as Orlando Bloom’s Will Turner and his son Henry played by Brenton Thwaites, who could step in. There’s also Barbossa’s daughter Carina played by Kaya Scodelario,

That’s unless they create a new character and possibly seek a new actor entirely, I do have some of my own suggestions if the studio does look to replace Depp with another actor. 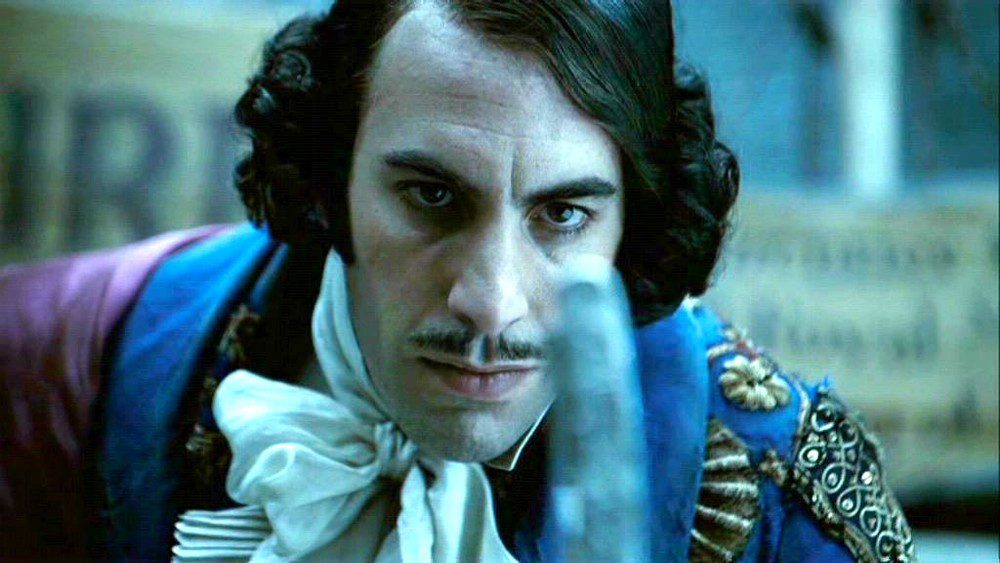 I wouldn’t be against seeing Sasha Baron Cohen takeover the lead, either him playing a member of the Sparrow family or an entirely new pirate lead. He already has a connection with the studio playing a big role in Alice In Wonderland: Through The Looking Glass. He also isn’t opposed to period films with roles in Hugo, Les Miserables, and Sweeney Todd.

Robert Downey Jr. seemingly might be ending his tenure at Marvel Studios or at the very least slowing down how many movies he appears in. He’s not opposed to using a British accent and could make for a charismatic replacement. Not too mention that Disney I’m sure will want to stay in business with Robert in the foreseeable future.

Emily Blunt has been quite the busy bee over at Disney with Into The Woods, Mary Poppins Returns and Jungle Cruise, she could make for an interesting pick as Disney does seem open to female protagonists and the franchise having a new female pirate at the helm could smooth things over with wary audiences. She’s proven her self multiple times with action roles like Sicario and Edge of Tomorrow that she can handle pretty much any type of genre, even comedy.

The ball is ultimately in Disney’s court but it’s going to be hard for them to take a stand like with James Gunn and keep employing actors like Johnny Depp (who has actual allegations of assault), it will be completely hypocritical and lead to a PR nightmare. I guess we’ll have to wait and see.

movies news Pirates of The Caribbean 6 walt disney studios
Add your voice!Join the conversation on Discord...
Join Our Discord