The Bella’s are back and this time as Anna Kendrick in crew look to wow audiences with one last go as the Pitch Perfect trilogy comes to a close with this final number. If your a fan of this awkward acapella group, then you have probably already made up your mind and will have a blast with the Bellas one more time. But if quirky. pop musicals aren’t your thing, then not even Pitch Perfect’s adorable cast will save you from an ultimately uneven and flat finale that can never seem to recapture the charm and fun of the first installment.

One of Pitch Perfect 3 biggest flaws is a nonsensical story jam-packed with way too many characters and subplots to give enough time for anyone but Anna Kendrick’s, Beca to shine. As far as I could tell Pitch Perfect 3 takes place a year or two after all of our main cast have graduated college, left the group and dove headlong into their careers. When Emily (Hailee Steinfeld) invites them to a “reunion” the Bella’s are reinvigorated by the fire of acapella and are eager to perform as a group again. Unfortunately, they were mistaken about their place in the “reunion” and are instead relegated to audience members. But, the fire still burns and Aubrey (Anna Camp) mentions her father is a high ranking US Army General and can get the Bella’s on an upcoming European, U.S.O tour with DJ Khaled. From this forced plot the movie goes completely off the rails, the U.S.O tour is somehow also a competition in which one of the 3 opening acts will be picked to join DJ Khaled on his upcoming tour. Mix in a variety of subplots, two of which are about daddy issues, and the third is once again centered around Beca (Anna Kendrick) as she is still trying to find her place in the music industry and you get an overproduced, medley of the same old songs. 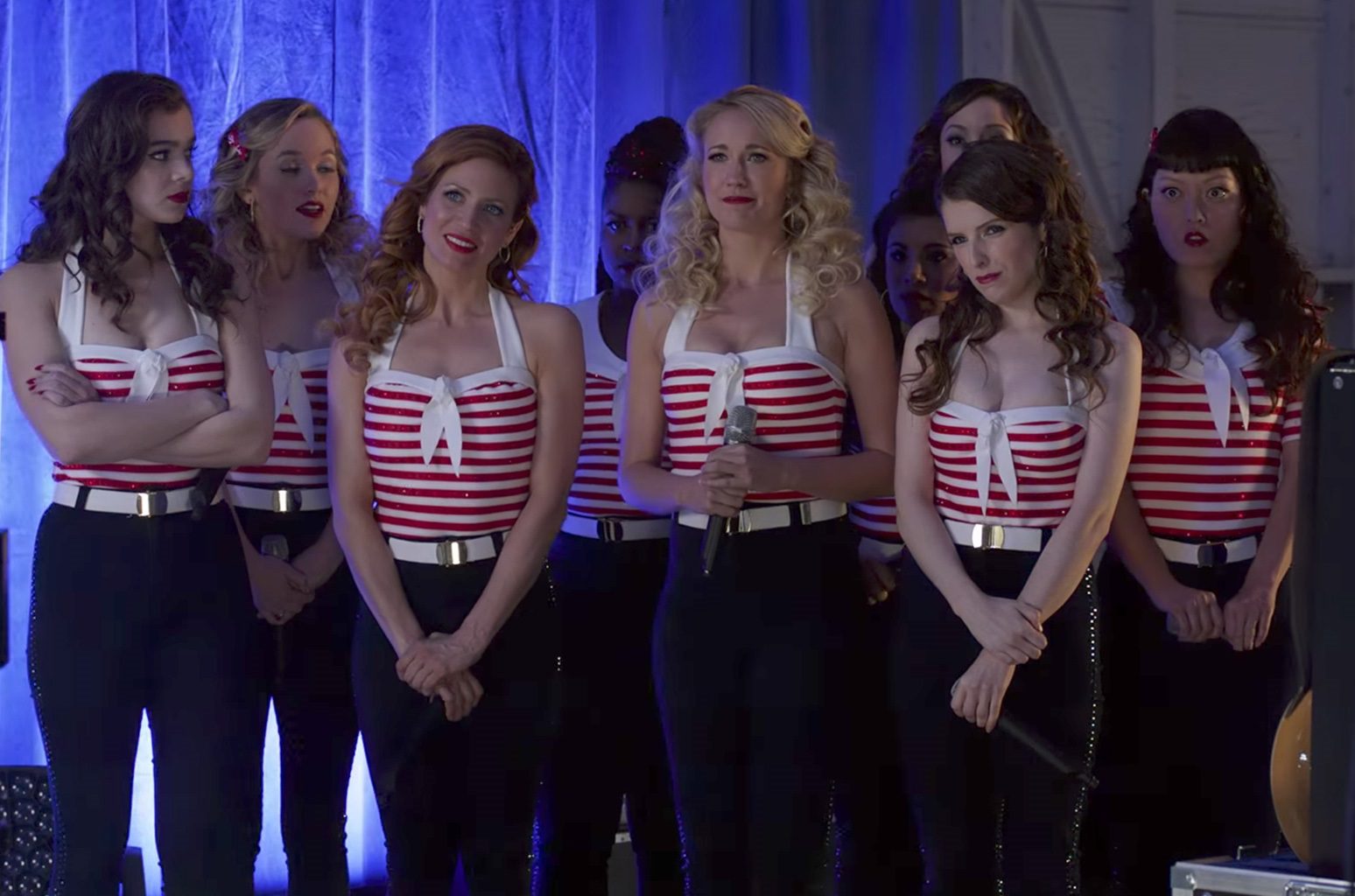 Pitch Perfect 3 never seems to find its rhythm and it tries too hard to produce a proper swan song for the Bella’s. The “competition” is lame and barely serves any purpose other than to give the girls other musicians to play off. I actually felt the Riff-Off scene, while trying to be clever, was a bit insulting to musicians as the Bella’s constantly downplayed and deemed the idea of actually playing a musical instrument. I do understand this was intended to be funny and snarky as to imply acapella is somehow better than actually playing an instrument, but I honestly thought the bands; one an all-girl group fronted by Ruby Rose humorously called themselves Ever Moist, and the other a forgettable yet talented country band, were far more entertaining and outshined the Bella’s everytime they took the stage. In fact, this whole movie seems to dismiss the idea of musicianship and art in favor of a beat machine, Casio, and more typical, produced to death, pop nonsense. And as for our seemingly more talented and entertaining secondary cast, due to the amount of plot, we need to serve no one, and especially them get’s any real moments outside of a musical number. 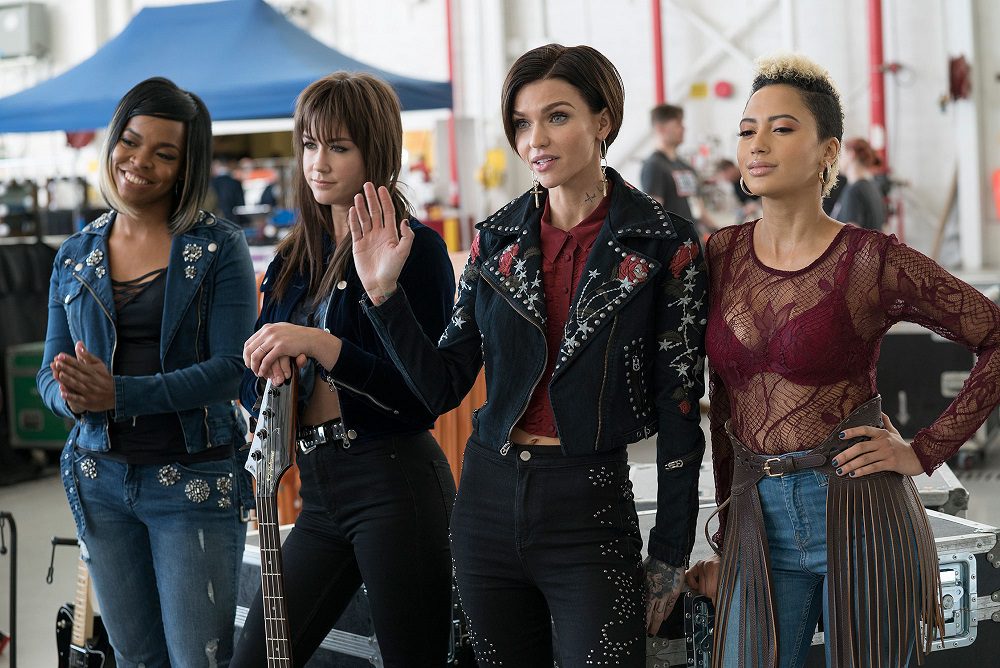 Speaking of musical numbers, the music, arguably one of the most important parts of this franchise felt uninspired as it just sounded like the last movie, and they didn’t really take any chances or do anything to give the Bella’s a new sound. It was just one radio jam after another, and even the little original music there was sounded like generic background you would hear as you walk the aisles of Target. There is no memorable number and every performance just kind of bleeds into the next. Even in the story, music, and characters seem a bit out of tune, at least the comedy remains mostly on key as a lot of the jokes land and Kendrick’s deadpan, dry demeanor is still as charming and loveable as it was when she first joined the Bella’s. Fat Amy (Rebel Wilson) on the other hand gets turned up to 11, as she gets much more screen time this time around and unfortunately to the film’s detriment. Her long lost father subplot doesn’t push the film forward in any way and only takes away time and the 3rd act from the competition, conflict and the team’s arc. Fat Amy works much better in small doses as the team’s hype man and the gross-out comedian.

Have you seen this:
grimm universe quarterly presents: zodiac vs death force

Pitch Perfect fans you have no need to worry, this final farewell gives you everything you love about the franchise as the humor, chemistry, and acapella awesomeness are all still front and center. It’s everything else that still hasn’t quite captured what made the original such a unique experience. Everyone is here, does their job, and you will certainly tap your foot and have a good laugh, but you won’t be humming the songs the next day or contemplating getting your work friends together for acapella on the weekends. Instead, you’ll be wondering who DJ Khaled is and why he seems to be everywhere. Pitch Perfect 3 had the potential to tell a story about aging up and moving on from the past but instead, but instead, they choose to go overly silly, mashing up genres and music and missing the high notes along the way.