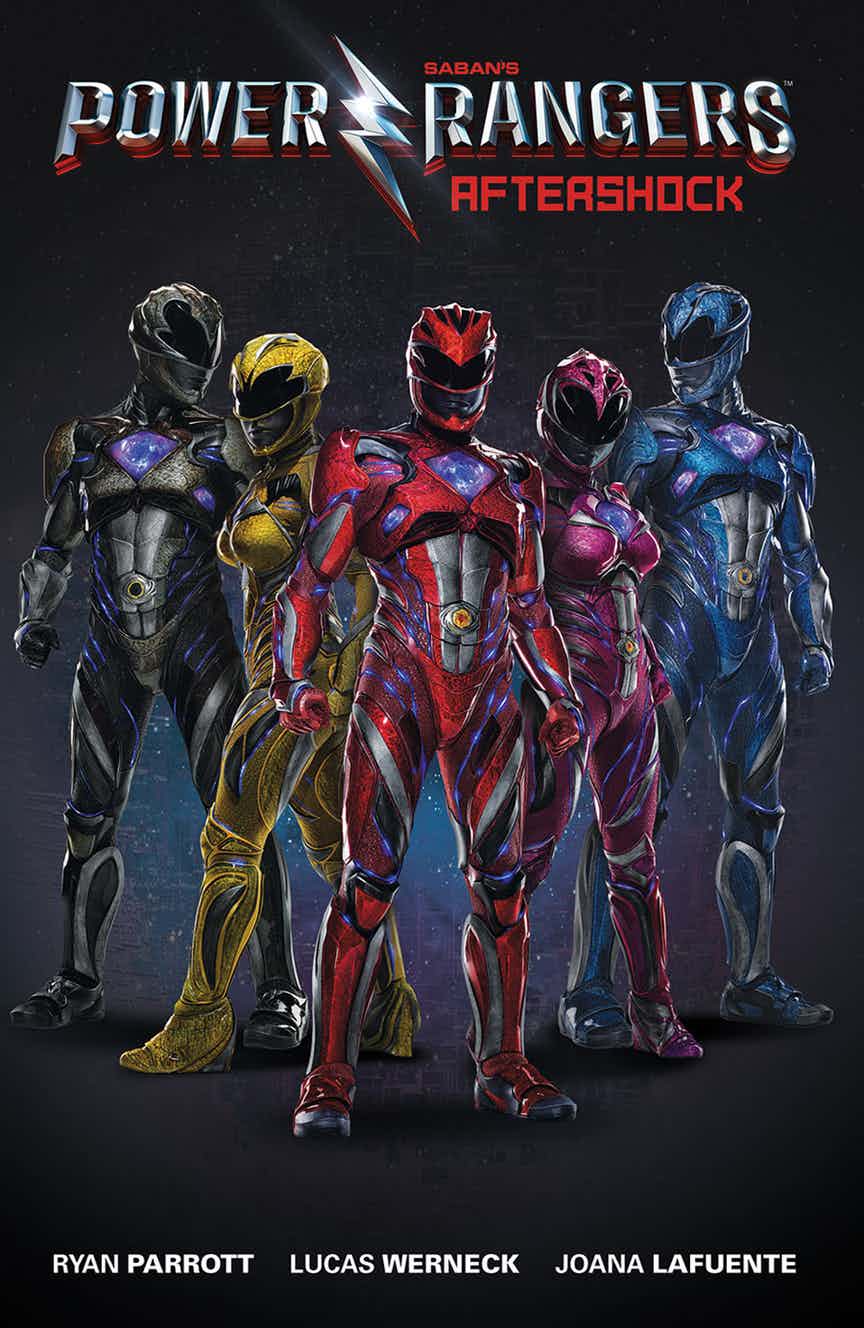 Boom Studios has an answer for fans who left theaters wanting more Power Ranger content. Power Rangers: Aftershock picks up a few weeks after the movie and provides fans another opportunity to spend time with the characters they grew fond of during the film. The movie spent the first 90+ minutes establishing characters and building relationships. Aftershock continues to develop personalities and characterizations.

Writer Ryan Parrott balances action sequences with character development well in this jumbo sized issue. The movie successfully formed the team, and Parrott’s tale focuses on maintaining the team. Parrott explores the reality that uniting for a crisis does not equate to organizing for sustainability. The issues’ portrayal of this challenge feels authentic. Or at least as authentic as conversations during beating up reanimated rock monsters can feel. The Power Rangers are each trying to figure out the responsibility of their 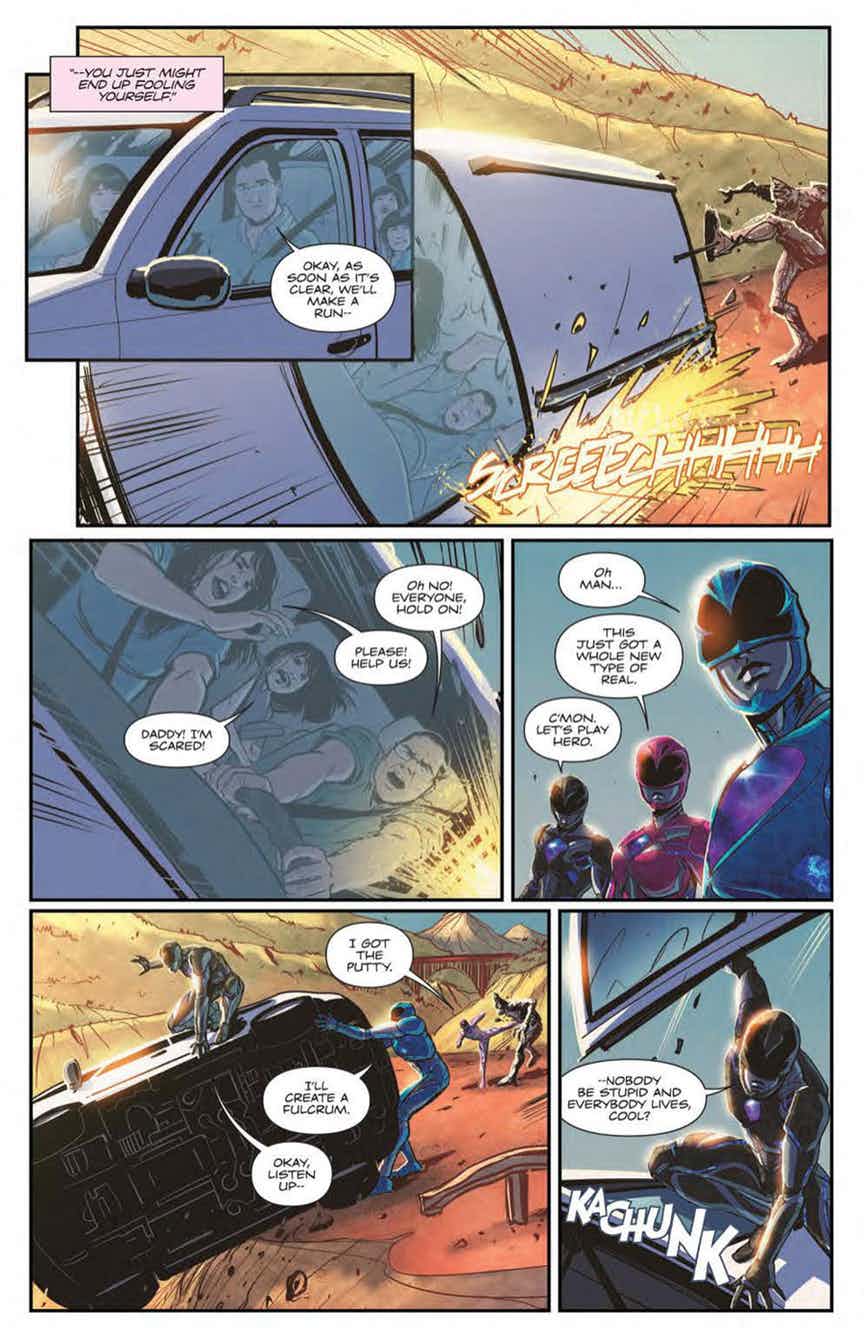 powers and of being part of a team. Jason struggles with being an appointed leader. Kimberly provides insight on importance of being a teammate. Zack struggles with the potential of failing to save lives. Trini acknowledges feeling connected to the team and a desire to push each member to grow. Billy, the Blue Ranger, is the only Ranger not provided much individual character development, but given that the Blue Ranger had a significant character arc in the featured film, the comic provides opportunities to explore facets of the other Rangers.

Have you seen this:
John Constantine: Hellblazer #11 (REVIEW)

Beyond character development, Parrott creates a solid narrative rationale for the continued presence of Rita’s Putties. The Goldar infused gold that seeped back into the ground after the climatic battle of the movie continues to reanimate creatures. This creates an opportunity for the story’s main villain to be created and introduces a government agency that is seeking to collect Goldar remnants. All of which creates a fast moving 60+ page story that delivers character development, combat, and some obligatory giant MechaZord time as well.

Unfortunately, the art throughout the issue is inconsistent. Illustrating characters based on actual actors is challenging. Capturing similar expressions and looks as the actors is not an easy task for any illustrator. Lucas Werneck, along with Robert Carey, capture the essence of most of the Rangers, but they fail to capture Ludi Lin’s portrayal of Zack.

In addition to Parrott’s story, there is a second story that collects some of the previously published Mighty Morphin Power Rangers comics centered around the original TV cast. This inclusion as promotional content that suits an audience of readers with an existing connection to the classic characters or an interest in other Power Rangers comics published by Boom Studios.

The Power Rangers maybe a franchise built in the 90’s, but Power Rangers: Aftershock is a standalone tie-in with modern day sensibilities. Rather than throw away fan service, Aftershock  succeeds in continuing to develop the characterization of the Power Rangers. The price tag maybe high for a comic, but for the price of another movie ticket, Parrott provides fans an opportunity to enjoy more time with the heroes of Angel Grove.