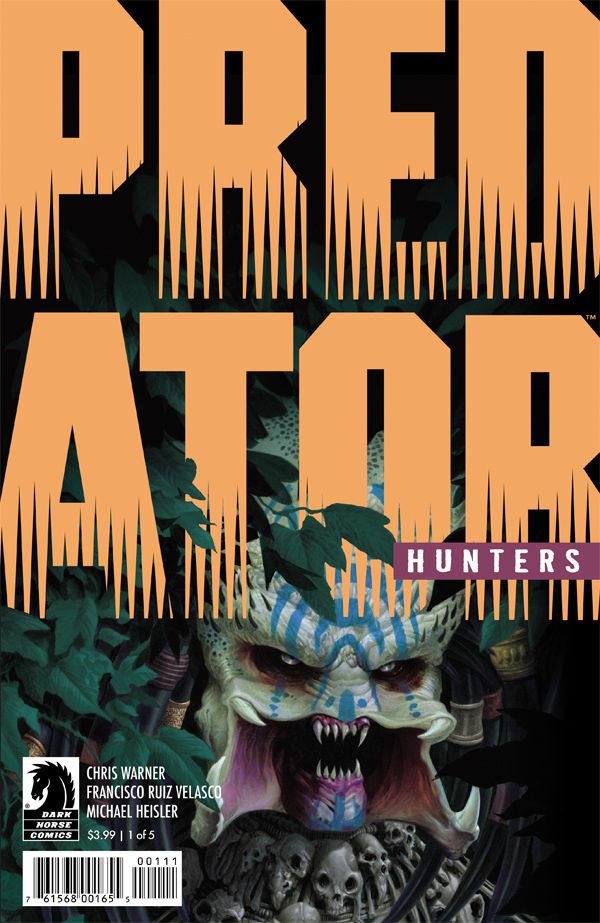 The Predator becomes the prey in the new Dark Horse comic, Predator: Hunters. Being a fan of the movies is one thing, but I haven’t kept up with any of the comic book stories that have expanded the lore of this immensely popular character. The best thing about Hunters is that it’s accessible to all readers, even newcomers. A small group of hunters tries to recruit an ex-solider, who like them, has experience in killing Predators.

I wasn’t expecting much going into the comic but I was pleasantly surprised. In the movies, I’ve seen groups of killers being brought together by an unknown force to face off against the warrior aliens, but never a group that assembles on its own. It’s a great idea, and I was sold about halfway through the issue. One would assume they are biting off more than they could chew but their confidence to hunt a Predator makes it all the more interesting. I’m not sure who I should expect to win by the end of this story. I want to complain about the dialogue being cheesy, but then I remember this is based off an action movie and it fits well.

Have you seen this:
Power Rangers Ranger Slayer #1 (REVIEW) 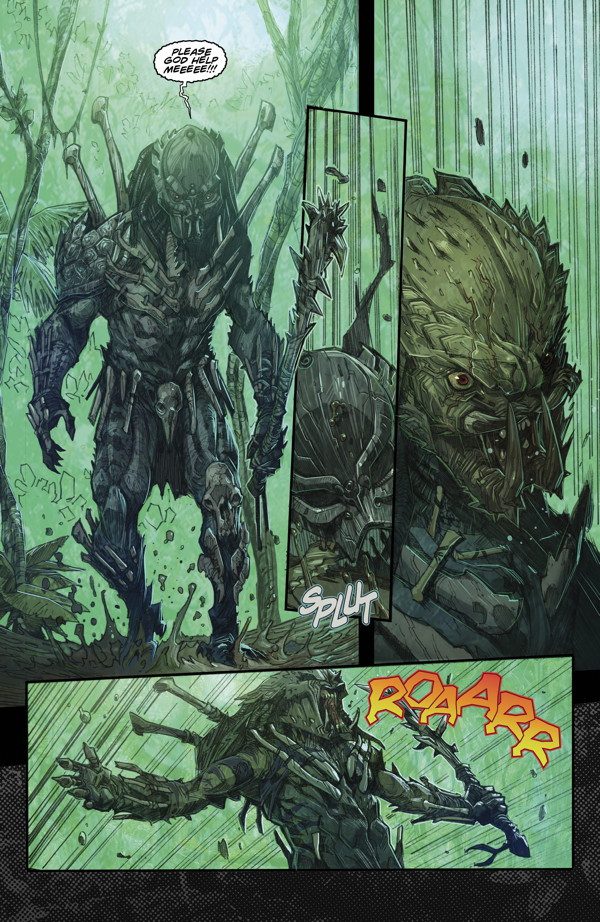 The gas shop owner was a bit cartoonish, but they needed to get the main character Nakai, to quit his job and join the hunters somehow. I thought the group was made up of interesting people. Leading the way is a woman named Jaya Soames, who is part of a family that searches out Predators to kill them. Her family alone seem interesting enough to hold a series, adding in the reluctant hero and the necessary jerk that makes things more difficult than they should be, and you have yourself an entertaining group of hunters. They come off a little too confident for their own good, but I can’t imagine we’d be reading something that has the sole purpose of killing off characters you’ve grown to like. This is Predator, not Game of Thrones.

I enjoyed the art for what it was. Outside of the introduction, there wasn’t much action going on, so it’s hard to judge. This comic is meant to have dynamic action scenes and this issue was comprised of mostly set-up. I think the main character is supposed to look much older than he is drawn, but I liked the character designs for the most part. The Predators looked fantastic, and that’s the most important thing the art really needs to nail.

Have you seen this:
John Constantine: Hellblazer #9 (REVIEW)

This was a pretty good start to the series. It begins a solid concept and introduces some interesting characters. Since the Predators are the ones being hunted this time around, I wonder if we will get any background on them. I’m excited to see where this new series for Dark Horse goes.