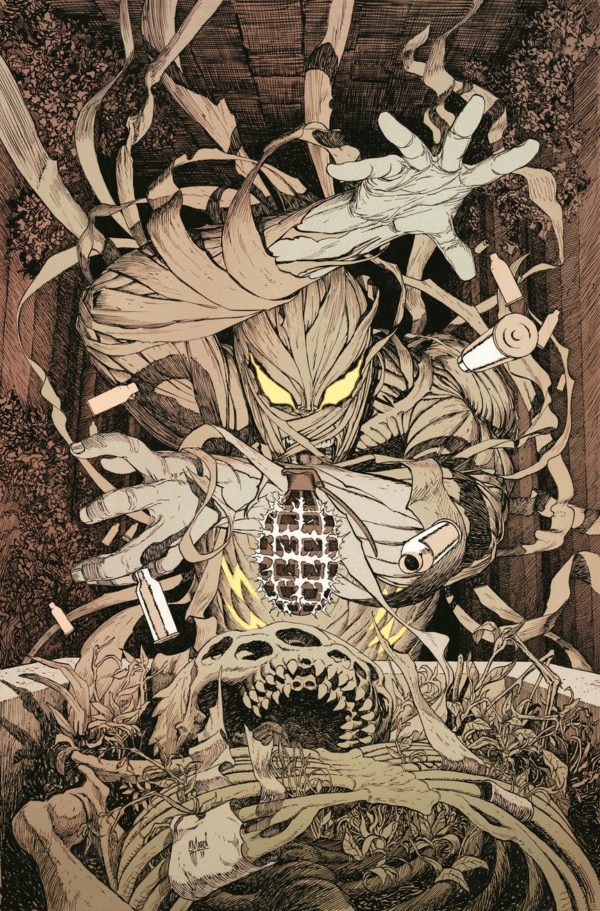 The brilliant partnership of Ray Fawkes and Inaki Miranda brings to life an exquisite retelling of Rory Regan’s origins as the tortured hero Ragman. Mixing a well-formed balance of flashbacks and present-day storytelling, Fawkes takes the reader through a journey inside Regan’s head. The sole survivor of his military unit who were ambushed while on an investigatory and rumored treasure recovery mission in the Israeli desert. Rory is tormented by the loss of his friends, burdened with the question of why he alone survived, and tortured by visions of creatures stalking him through his present life back in Gotham. We are guided through Regan’s current existence, on the brink of insanity, apparent PTSD running rampant through his mind and body.

Rory is tormented by the loss of his friends, burdened with the question of why he alone survived, and tortured by visions of creatures stalking him through his present life back in Gotham. We are guided through Regan’s current existence, on the brink of insanity, apparent PTSD running rampant through his mind and body, however, while reminiscing on the memories of his fallen brothers at arms, he is engulfed by a mass of rags. Ripped through Gotham’s streets, the tragic humor of Rory having little control and no clue what is occurring until his mystical rag abductor brings him face to face with one of the creatures he had been hunted by since his return to Gotham, and things only get weirder for Rory Regan from there! 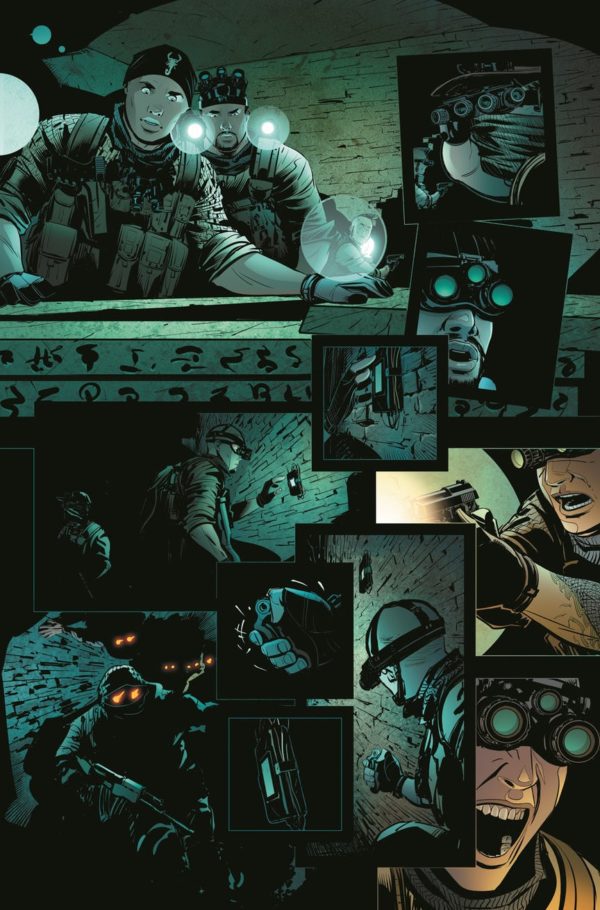 Inaki Miranda does such an exceptional job bringing Fawkes’ story to life. Miranda masterfully captures the raw, emotional, defeated, despair that Rory wears on his face after the loss of his friends. The incredible creatures and the Ragman suit itself are works of art that would find their home effortlessly in a Guillermo del Toro film. The beautiful detail adorned with a haunting overlay is the perfect motif to bring into Ragman’s origin story. The incredible art that Inaki Miranda provides for Fawkes’ already miraculous story just catapults the total product to the next level, the partnership formed by these two brilliant craftsmen has me at the edge of my seat waiting for the next volume.

The smart, concise, well-formed origin remake is exactly what Rory Regan’s Ragman character needed. It managed to deliver great backstory, useful and intelligently placed exposition, a very real and thoughtful portrayal of post-war emotion, and the exact type of humor you would want in a story of this variety. Each element pays a respectful homage to the origins and previous iterations of the character while also managing to feel very fresh and standing prominently on its own two feet. While I would have loved even another half page of Ragman in action, this dynamic duo gave me exactly the right amount to eagerly await devouring the next issue. If you are a fan of the Ragman mythos, if you love the mystical, supernatural, or horror dramas, or if you’re just interested in a damn good first volume to add to your New Comic Book Day pickup, then I absolutely insist that you pick up Ragman #1 brought to you by Ray Fawkes and Inaki Miranda.

Until Regan’s next outing as the enigmatic Ragman, keep it nerdy.